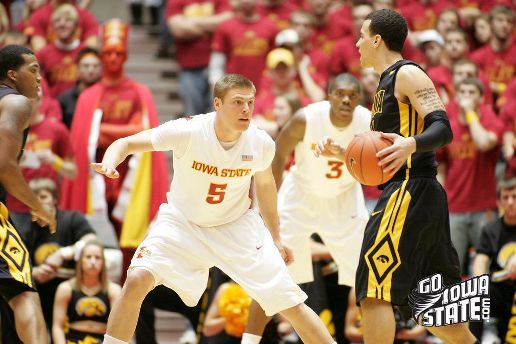 The Iowa State men’s basketball team will go on the road for the first time in Big 12 play tonight when taking on the 12-5 Nebraska Cornhuskers. Doc Sadler’s team is 0-2 in Big 12 play with losses to Texas A&M and Kansas during the young season.

Will Iowa State even their Big 12 record at 1-1 this evening?

Breaking down the Huskers I’ve been writing for a month that Nebraska is better than advertised. In their two conference losses, the Huskers put a real scare to Kansas and Texas A&M (in College Station). The Huskers led Kansas by two at halftime on Wednesday and were never really ever out of the A&M contest that they ultimately lost by 11.

When you look at Nebraska’s season statistics, you’ll notice that there really isn’t a superstar on this roster. Their scoring is very spread out but the Huskers often look to senior Ryan Anderson as their go to guy. The 6-foot-4 guard averages 11 points per game while tacking on 4.8 rebounds as well. He’s started all four years of his Husker career and leads the Big 12 in steals at 2.1 per game.

Keep an eye on the name Christian Standhardinger. He’s a 6-foot-8 German forward who just became eligible to play at the beginning of Nebraska’s second semester. In his first game this year against A&M, Standhardinger scored 13 points and is averaging 10.5 in two games.

Nebraska’s best non-conference wins came against Tulsa, USC and TCU. The Cyclones and the Huskers have faced one common opponent thus far in Saint Louis. The Huskers lost their game with the Billikens 69-55, while Iowa State won theirs, 65-54.

Breaking down the Cyclones How healthy are the Cyclones? That very well could be the key in tonight’s game as Iowa State certainly got banged up in their 90-83 loss to top-ranked Texas on Wednesday night. Reports indicate that Charles Boozer is doubtful for Iowa State in this game while everybody else should be in action. But are they 100 percent? That’s still undetermined.

This road trip to Lincoln is round two of a brutal five game stretch that Iowa State has to start off their 2010 Big 12 campaign. In 2 ½ weeks, Iowa State will more than likely play three teams in college basketball’s top five (Duke, Texas and Kansas).

Road trips to Nebraska, Texas Tech and Oklahoma with a Kansas home game splashed in the middle put the toughest part of Iowa State’s conference schedule at the beginning.

Greg McDermott has been fairly successful against the Huskers throughout his career in Ames. McDermott is 4-2 against Nebraska.

Prediction This game will all come down to one thing. Intensity. The Cyclones had a ton of it against the Longhorns in Hilton Coliseum earlier this week. Can they match that on the road against a lower-tier Big 12 opponent? If yes, Iowa State wins. If no, probably not.

The Cyclones have more talent and experience than Nebraska. I’m picking the good guys

The Breakdown: Iowa State vs. Nebraska 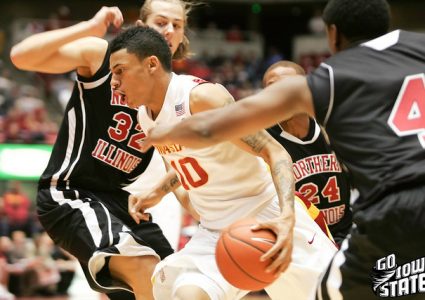