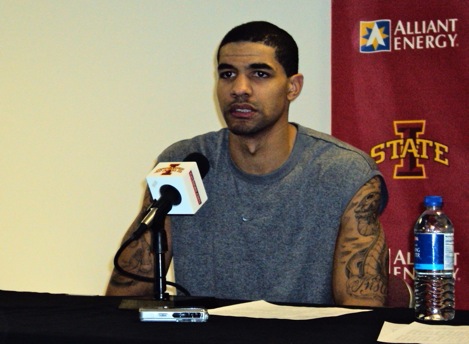 Without Charles Boozer, Iowa State would be 10-5 heading into Big 12 play. That was the message that head coach Greg McDermott sent out after his team’s 73-71 win over North Dakota State on Saturday. Boozer scored a career-high 19 points off the bench to spark the Cyclones.

“We were lucky today that we had Charles Boozer on our team and they didn’t,” McDermott said. “He saved us. I give him a lot of credit. He had no idea there were going to be suspensions and concussions and Marquis ended up having an ankle that was really bothering him and then he gets two quick fouls and couldn’t play the way or the minutes that we wanted him to play. When that happens, you hope that there is somebody on your bench that is ready, the next guy is ready. Today, Charles was. Without him, we have no chance to win this game. I am proud of him. I am proud of the way he competed.”

Buckley will see more time With Chris Colvin’s suspension until sometime in the month of February, minutes will now be up for grabs in Iowa State’s backcourt. As expected, sophomore Dominique Buckley will be the first in line to back up Diante Garrett at the point guard position. Buckley played eight minutes on Saturday where he scored three points and dished out one assist. Buckley was very much in the thick of things to not only be Garrett’s back up but Iowa State’s starting point guard at the beginning of the season.

“I have said all along that we have three point guards. Dominique Buckley was our backup point guard this year, early in the season and in the first two weeks of practice,” McDermott said. “Dominique and Diante and Chris rotated every day. Somebody was playing on the scout team and the other two played in the top group for two weeks. Then, we played our two exhibition games and as a staff evaluated where all three were. As a staff, our evaluation and the way we graded it DG was one, Chris was two and Dominique was three. Nothing has happened to change that with our actions on the floor. It wasn’t that Dominique was playing bad, it was just that the other two were playing better. I have all of the confidence in the world in Dominique Buckley.”

Justin Hamilton is day-to-day Iowa State was without their starting center on Saturday. Justin Hamilton suffered a slight concussion during last Wednesday’s loss to Duke. After the game, McDermott said that Hamilton is now day-to-day and will hopefully be cleared to play on Wednesday night against Texas.

“We didn’t really see that coming because he got hit in the face in the second half of the Duke game. He has a history of some concussion problems,” McDermott said. “I think that our medical staff and training staff felt like he would be okay in a day or two. He still was symptomatic today so we had to hold him out. Hopefully another day off, Monday, he’ll be a little bit better. It is unfortunate because he played his best basketball of the season in the last two games against Houston and then again against Duke. He was playing with more confidence, he was rebounding better. Without question, defensively, what he does on ball screens and how he helps his teammates, he is our best defender in there. We missed that today, partly because that forces Craig to play almost every minute of the game. He isn’t going to be as efficient. And now LaRon is playing 13 to 14 minutes more than he is accustomed to. His wind was certainly impacted in the second half.”

JVB will appeal for red-shirt Don’t plan on seeing Jamie Vanderbeken on the floor again for Iowa State this season. After suffering multiple lingering injuries that date back to this summer, McDermott announced after the game that Iowa State basketball will attempt to get the senior another year via a medical red-shirt.

“The plan is to appeal for a red-shirt. It’s not automatic in a medical situation,” McDermott said. “I would like to think that his file is about that thick since August of things that have happened to him. We can’t get him healthy. I don’t want to have a senior have to end his career playing spot minutes here or there because of injuries. He is in favor of it. Even though, we are going to be able to use him probably in February, which is I think as soon as we could get him back anyway, I think that in this case, we have to put the individual ahead of the team.”

Iowa State will host second-ranked Texas on Wednesday. The Longhorns will enter the game with a 15-0 record after beating Colorado 103-86 on Saturday. 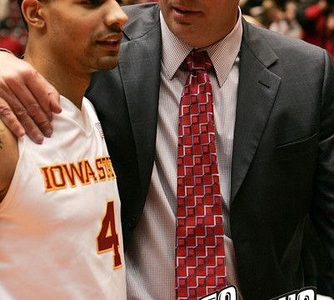