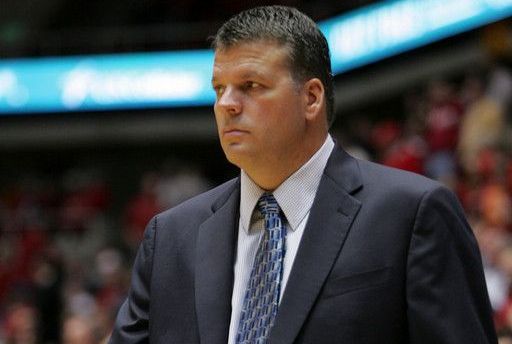 As he does every Monday during the season, Iowa State men’s basketball coach Greg McDermott met with members of the media yesterday. Monday’s hot topic was an easy one to pick. The Duke Blue Devils. Iowa State will meet Duke tomorrow night inside of Chicago’s United Center. The game will tip at 8 p.m. and be televised nationally on ESPN 2.

Here is a complete transcript from yesterday’s press conference with Greg McDermott.

Opening Statements We were fortunate in a lot of ways last night to survive that way. A lot of our problems had to do with things that Houston was able to execute on both ends of the floor and we did not respond the way that I would have hoped initially, early in the game. As the game wore on, I thought that we did a better job of that. Whether it was the long layoff, which was why we seemed to be a little bit out of sync, I am not sure. I am having a hard time figuring that one out. Bottom line is, we found a way to make some plays when things looked a little desperate for us on both ends of the floor. We made some free throws at critical times. We got to the basket and made plays. Then defensively, we were able to run some stops together, at a lot of different points in the game against a team who the one thing that they have not struggled with is scoring the ball this year. I think that we did as good of a job on Houston defensively as anybody has. It is good to get the win. There are a lot of positive things that we can take from that film. There are also a lot of things that we can learn from. A lot of mistakes we made that we need to correct. We don’t have a lot of time to spend on them, one way or another because 24 hours from now, we are jumping on a bus and heading to Chicago to play a very talented Duke team. Their guard-court is playing as well as anybody in the country. They shoot it well form the 3-point line, they’ll make their free throws. All three, Schreyer, Smith and Singler, all take care of the basketball. They make good decisions. Then, they bring Dawkins off of the bench who can really stretch a defense with the 3-point shot so it is going to be a challenge for our guys. I know that it is something that they are excited about. All three of them, on the perimeter are going to have to defend extremely well. We are going to have to provide some support and help inside to try to slow some of those guys down. Rebounding will end up being a big factor again. It is something that we are going to have to do well. Our guys are excited about the opportunity. We are excited about it. Duke has a long history of success with their program. It is an opportunity for us to compete against one of the nation’s elite programs.

How do you keep your team from being intimidated by Duke?

GM: I don’t think that our guys are intimidated. Part of it is the league that we play in and the people that we play against night in and night out in January and February. We are about to embark on a couple week stretch where we’ll play the number one team and the number two team in the country, that happen to be in our conference. I don’t think that we will be intimidated. I know that they are excited and anxious for the game. I remember the look on their face the day that I told them we took the game and we planned to play it. Players want to play against the best. Duke has had such a long tradition of success in college basketball that it could be a one in a lifetime opportunity for some of these guys to compete against them.

Is Gilstrap your best perimeter defender out there?

GM: For someone who has size. You know, if it is someone smaller and their game is maybe running off of screens or going to the basket, then we have a couple of other guys who we would use. Some guys you have to have some length on. We thought that Coleman was one of those guys and certainly Singler, because he is 6-8 falls into that category as well.

How excited is Chris Colvin for the trip?

GM: I’m sure that he is really excited. For a Chicago kid to be able to go back and play in the United Center against a team like Duke, I think that Chris is really excited to go home. I know he is lobbying to some of his teammates for extra tickets if they don’t have family going because I think he has a whole group of people coming to watch him play. Most importantly, I thought that Chris played very well last night. That is as many consecutive minutes that he has played in a game in the second half, at a time that we were struggling. He went in and did some good things on both ends of the floor. I think that is something that he can build on as he enters today’s practice.

Do they have somebody to play Craig straight up?

GM: They have the Plumlee brothers. Lance Thomas starts at 6-8, 225. Zoubek is 7-foot and huge. They have shown that they are going to double-team some as well with different teams that they have played during the course of the year. They have always been a solid team defensively and this year is no different. Clemson had 12 on them at halftime last night so that is what they are capable of. We just have to find ways to get into the teeth of that defense. We have done a pretty good job as of late of getting to the free throw line. That has to be something that continues to be a focus of ours.

How do you go about trying to stop Duke’s perimeter attack?

GM: It takes a team effort. They screen extremely well. Their front line guys, as you look at them from a statistical standpoint, their four guards are their leading scorers, their three starting guards and their first guard off of the bench. It’s not like they’re scoring a bunch of points but they are directly responsible for those guards scoring points because they screen so well. They shape up so well after they screen and once they screen you once, they’re going to turn and screen you again and again. We have to be able to negotiate those screens. If we are running into screens all night on Wednesday, it is going to be a long night. Then, we have to understand when we have to provide help. There are going to be times where you are going to get nicked by a screen. You either have to have support from the screener or from the guard that is one pass away. That’s what we will really work on today and tomorrow in practice.