It has been quite the week so far here at CycloneFanatic.com. It’s Wednesday morning and I’m finally starting to catch my breath.

I hope that you are all enjoying the new look to the site. I can’t put into words how excited I am for the future of this publication. With the combination of Jeremy’s foundation and a passionate ownership group, I know that we are on the verge of something huge.

If you ever have any tips, story ideas or even just want to say hi, feel free to shoot me and e-mail to chris.m.will@gmail.com.

I want this site to be a fresh way for fans to follow the Cyclones and I’ll need your help to do so. So when I say shoot me an e-mail, trust me, I mean it.

Speaking of new ideas, how about yesterday’s interview with former Cyclone quarterback Bret Meyer? Now that guy knows his Cyclone football. In the piece, Meyer gave some perspective that not many men on earth can bring to the table. Bret made me sick to my stomach at one point during the interview though. Anytime somebody brings up that 2005 Kansas football game, I want to do two things. The first is cry. The second is vomit. Sorry to be graphic…but it’s true.

What a tough loss for a football team that literally had no luck at all.

Let’s move onto something a little more positive shall we?

Hoops Exhibition Opener – Impressive I’ve posted a lot of interviews from Monday night’s men’s basketball exhibition opener but haven’t really gotten to my opinion on what went down.

Listen, I realize that Black Hills State is no Big 12 team.

But really, they weren’t that bad of a team either. I’ll take the 96-47 win over a squad that won 30 games last season and just knocked off the defending NAIA champs last weekend. No complaints here.

I use the word impressed, not to blow things out of proportion but more due to the fact that I’ve sat through quite a few Cyclone exhibitions over the years and left, not feeling very positive about the team.

I think that Craig Brackins could have scored 70 points the other night if he wanted to. Craig played an unselfish basketball game, which was a good thing. We already know that he is good. I really was looking forward to seeing some of these newcomers step up and for the most part, they didn’t disappoint.

Marquis Gilstrap didn’t show fans much in my opinion. I’m not being negative; I just know that he is better than how he played on Monday. Marquis was nervous, especially in the first half. The dude still scored 14 points though.

I think the guy who impressed me the most was Scott Christopherson. Scott only scored seven points but he proved that he is a complete basketball player, as did Dominique Buckley.

Those are just a few random thoughts. It’s hard to get real insightful after an exhibition game. UNC-Pembroke comes to down on Friday for round two. They’re a more athletic basketball team than Black Hills State but the Cyclones should still win by at least 30, that’s if they play decent.

I Have a Feeling… Have you ever just had a gut feeling before a sporting event? I have one of those when thinking about this week’s football game against Oklahoma State. The Cowboys are the better team. They have better athletes. There’s really no reason to think that they won’t win this contest. But I have that feeling for some reason. My gut is telling me that Iowa State is going to pull the upset.

We’ll see if that gut feeling is correct. Bad news…it’s usually not. I’m about as good at picking games as Bo Pelini is at smiling.

Have a great day Fanatics. Keep checking out the site all day long for more Cyclone content. 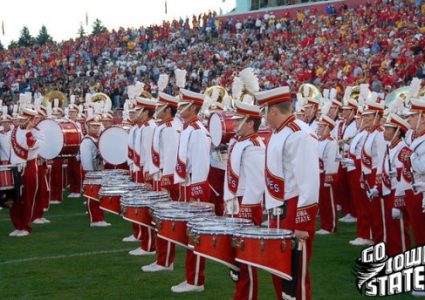 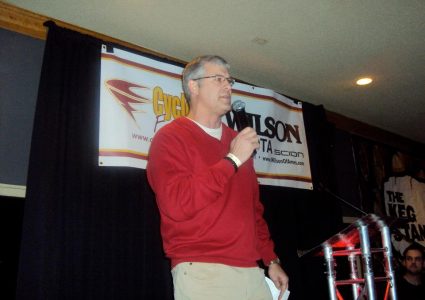 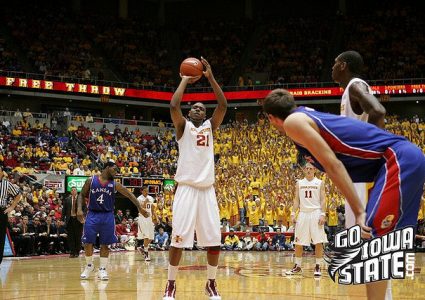