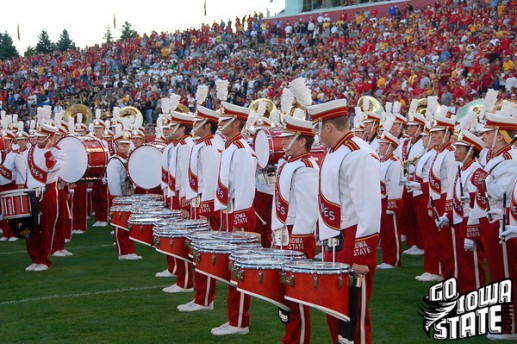 Happy Friday morning Cyclone fans! It is a beautiful day to wake up in central Iowa.

Let me ask you all a question to begin the day.

Is this not one of the most exciting weekends for Iowa State sports in quite some time?

Obviously, the football team’s match-up with Oklahoma State on Saturday afternoon is a big one. I think we’ve beaten that storyline plenty this week. As far as a bowl game goes, if you win, you’re in. Plus, it’s on ABC. Not too shabby.

My blood pressure is rising while writing this.

Let’s now touch on a few specifics about the next few days.

Rumor has it that Ames High hoops prospect Harrison Barnes will be taking his “unofficial” visit to Iowa State this weekend. While I agree with many that this has large implications, I can see the other side of the argument.

Barnes is from Ames. He’s been to probably hundreds of basketball games in his life. He’s seen Jack Trice Stadium dozens of times. I don’t think that this weekend is going to really change his mind, whichever way he decides to go.

However, I do feel that if he has a great time, it could reinforce some already positive thoughts running through is brain.

Unless you’ve been hiding in a cave this week, you know that Barnes, the top-ranked basketball recruit in America, will decide where he’s going to school next Friday.

CycloneFanatic.com will be there covering the event.

On the hoops game tonight, expect what we saw Monday. UNC-Pembroke went 6-21 last year. They’re a Division II team. The Clones should roll pretty easily. Again, I’ll have my eyes open for maturity, especially in the backcourt. We all know how good Craig Brackins is. That Gilstrap guy isn’t too shabby either. But what about those guards? How far can they take this team? That’s the big question.

Moving on, it’s really pretty amazing to me how this Iowa State volleyball team has caught the fan base by storm. With all that’s going on, that team has seriously been the hot topic on the CycloneFanatic.com forums over the past few days. Props to the ladies. I’m looking forward to interviewing Coach Johnson on Monday.

At first, this was a cool story. Now, the Cyclones have made a claim as legitimate national championship contenders. Pretty cool stuff right there.

That’s it for now. We’ve got plenty more coming up today here at CF. We’ll go Inside the Numbers in regards to tomorrow’s football game. Also, you’ll learn everything that you need to know about UNC-Pembroke later on today.

All sorts of basketball coverage will come your way after the game.