Chances are that staff is not done with their 2010 recruiting efforts. Look for the staff to attempt to add a post during the spring period, possibly one from the JUCO ranks. I write that because we all need to be honest with ourselves. The chances of Craig Brackins coming back for his fourth and final year at Iowa State are slim to state the obvious.

Here are two specific prospects to keep an eye on over the next few months. One of them could end up being the final piece to Iowa State’s 2010 basketball recruiting class.

Eric Buckner –Buckner is a 6-foot-10, 215-pound post out of Gulf Coast Community College. If that sounds familiar to you, there is a reason. Current Cyclone Marquis Gilstrap attended Gulf Coast just last season and the two are good friends. That could be key in Buckner’s recruitment. Buckner has previously visited LSU and Georgia State. He apparently has some sort of family connection to Georgia State. Buckner also reportedly has offers from Alabama and Arkansas of the SEC. Buckner is a T.J. Otzelberger recruit.

John Wilkins –Wilkins is a 6-foot-9, 215-pound post out of Southeastern Community College in West Burlington, Iowa. One giant plus about this prospect is that he would have three years of eligibility at the next level. He is a freshman right now. Wilkins is originally from France. He attended high school in Gary, Ind. for a time and committed to Bradley out of high school. After going the JUCO route, Wilkins is gathering all sorts of high-major attention, specifically from Iowa State, Tennessee, Kansas State and Indiana. Daniyal Robinson is Wilkins’ primary recruiter. 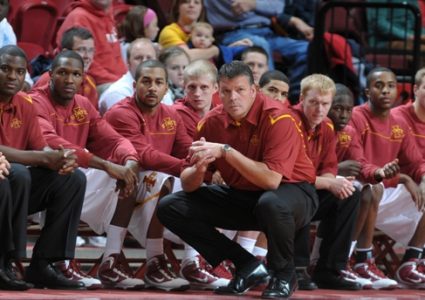