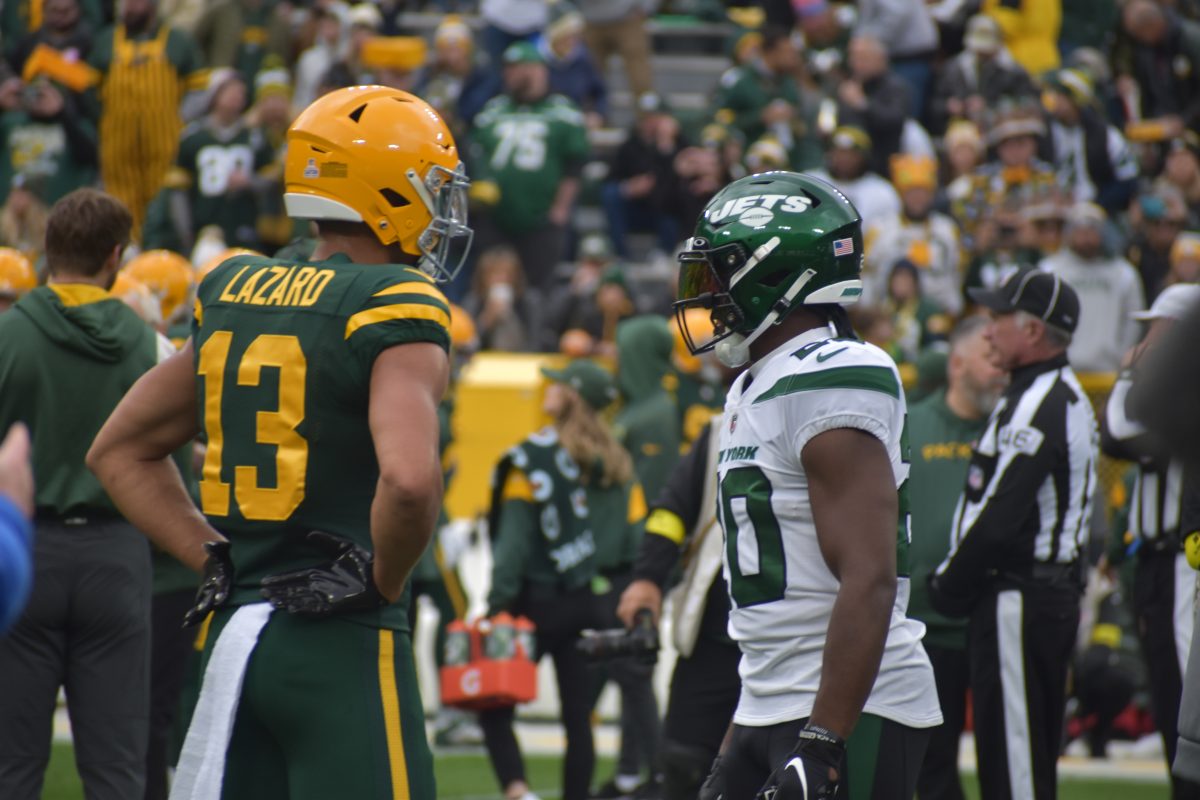 GREEN BAY — Breece Hall had to pivot from the plan, and he had to do it quickly.

The New York Jets rookie running back was in his happy spot Sunday afternoon in Lambeau Field. The ball was in his hands. He also had a dilemma.

Hall was supposed to pitch the ball to wide receiver Garrett Wilson.

Instead, he did something Iowa State fans were more than used to: He ran to daylight.

“I was supposed to pitch it, but the defensive lineman was too far upfield,” Hall said. “I saw daylight and let my natural ability take over.”

A couple of seconds later, Hall was doing his own Lambeau Leap, into a small pocket of Jets fans that had invaded Lambeau Field to watch the Jets upset the Packers 27-10.

“We had talked before the game about doing the leap if it was possible,” Hall said. “Braxton (Berrios) got the first one, but I don’t think there were any Jets fans on that side. So I saw them and jumped up there.”

The 34-yard scoring jaunt was the highlight of a day full of them. Hall rushed 20 times for 116 yards, becoming a significant reason the Jets took the lead, and why they never gave it up.

The victory gave the upstart Jets a 4-2 record on the season, making them one of the NFL’s most surprising teams through mid-October.

“Today just showed how hungry we are,” Hall said. “We played really good football today, but we’re not satisfied. I’m sure a lot of people were surprised we won today, but we came in here expecting to win.”

Hall and another Iowa State product, Packers wide receiver Allen Lazard, had a playful shoving match before the game in a brief visit, then got together at midfield following the game to autograph and exchange game jerseys.

Although the two never overlapped at Iowa State, they have formed a significant bond.

“I watched those guys when I was in high school all the time,” Hall said. “And then when I was at Iowa State, seeing them come back was always great. And Allen was always in touch with me, telling me to hit him up whenever I needed anything. We gained a really good relationship. When I was in Ames for my pro day, he came up and we worked out a lot together. He gave me some tips on some receiver stuff.

“With the Cyclones, it’s all love, all the time. We were challenging each other before the game on what we were going to do today, and just talking crap back and forth. It was fun for sure.”

Hall is currently atop the rookie rushing charts, and 14th in the NFL overall, with 391 yards and three touchdowns. 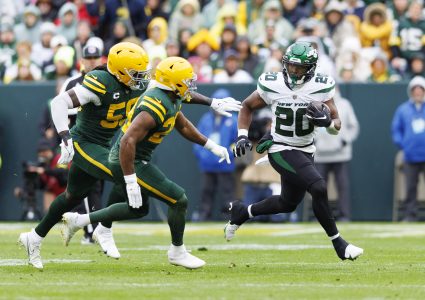 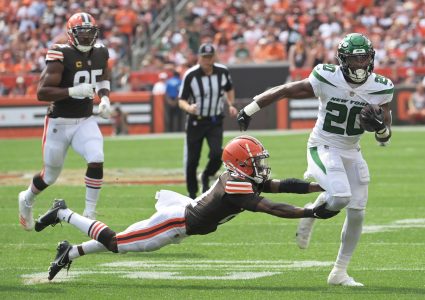 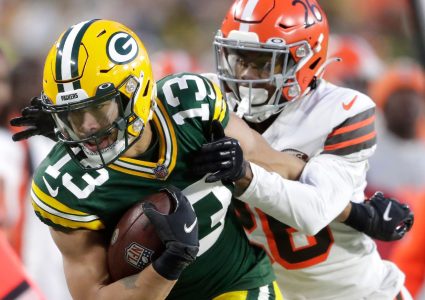