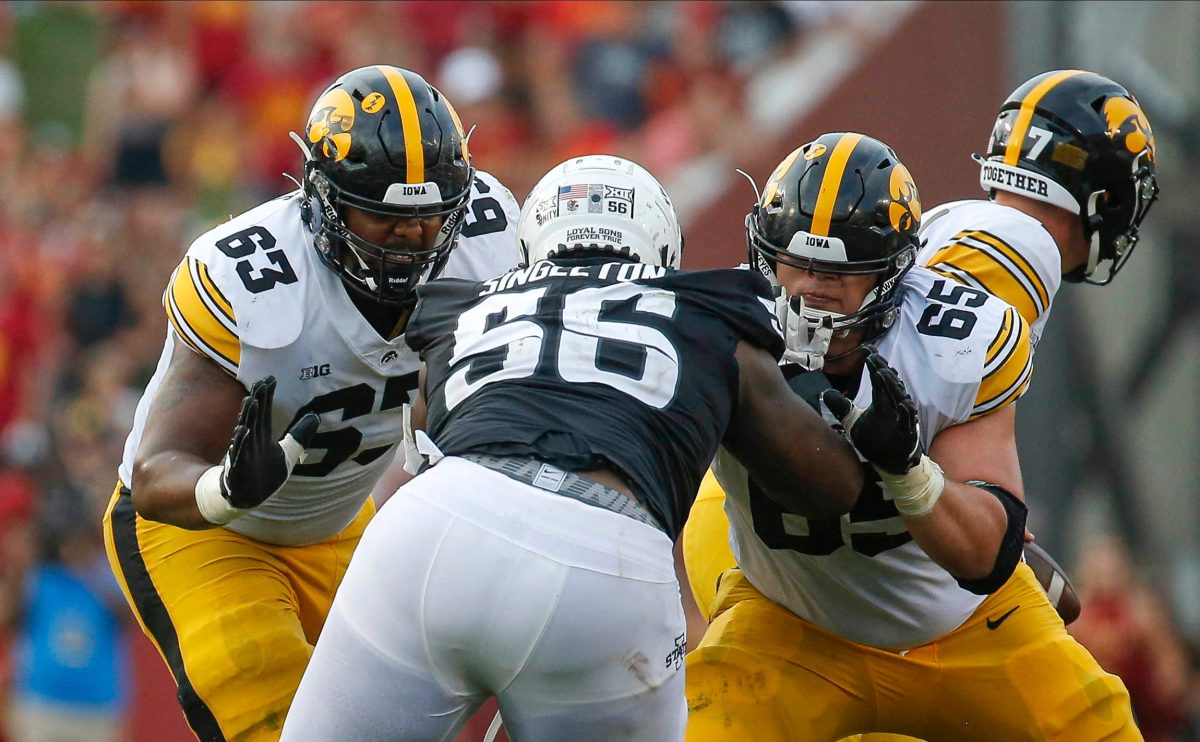 Will McDonald has always drawn a lot of attention.

That’s what will happen when you’re the best pass rushers ever to wear an Iowa State uniform, especially when your numbers through seasons on the field equate to some of the best in the history of the Big 12 Conference.

But, that attention drawn by the two-time All-American has opened the door for other players to thrive along Iowa State’s three-man front defensive line.

JaQuan Bailey played one full season opposite McDonald along the front, totaling 38 tackles, 13 tackles for loss and seven sacks while earning numerous All-American honors of his own back in 2020.

Last season, it was Enyi Uwazurike who benefitted from offenses working especially hard to keep McDonald out of the pocket. The Denver Broncos’ fourth-round pick in last April’s NFL Draft, Uwazurike tallied 42 tackles, 12 tackles for loss and nine sacks while earning first-team All-Big 12 honors from the league’s coaches.

Now, entering the 2022 season, McDonald continues to garner attention from all levels of the sport and is considered a consensus preseason first-team All-American.

We don’t yet know which of his teammates will be the one to benefit from all that attention swung towards the man wearing No. 9 along Iowa State’s defensive front.

“I think that’s a great question,” Iowa State head coach Matt Campbell said when asked who will fill the shoes of the versatile and highly productive Uwazurike. “We are excited about obviously what that group looks like and what the depth of that group looks like. Again, proving it is what I’m excited to see. Who’s ready to give us videotape evidence that they’re ready to be that player for us?”

One player sure to benefit from the attention McDonald draws will be redshirt senior Isaiah Lee, who was an honorable mention All-Big 12 selection a year ago.

Lee, a 6-foot, 292-pound nose guard from Chicago, has appeared in 23 games for Iowa State across the last two seasons, including making 11 starts, while recording 33 tackles, 5.5 tackles for loss and 1.5 sacks.

He’s a player who has drawn significant praise throughout the offseason from those within the program for his leadership of that defensive line group and seems to be a candidate for a significant breakout season as a senior.

“It’s great to have Isaiah and Will as those two kingpins back there of guys that have (had) high-end success on that defensive line,” Campbell said. “Man, what’s the rest of this group look like? Where do they fit? How do we plug and play those guys in? What have they earned the right to do this fall for us?”

Redshirt sophomore J.R. Singleton will be one of the favorites to land a lion’s share of the snaps at that opposite defensive end position after playing primarily on the inside of the defensive line as a freshman in 2021.

The former three-star recruit is the kind of player Campbell and his staff has shown an affinity toward with the ability to be versatile playing inside and outside along the front.

“J.R. Singleton’s a guy that’s a flex player and has played really good football for us,” Campbell said. “Strong, physical, powerful football player, kind of like Enyi, can go in and play at the nose position, can go outside and play on the boundary end position.”

Another name to know at this spot is redshirt junior MJ Anderson, a Minnesota transfer who played in 15 games across two seasons for the Gophers, including registering seven tackles and a sack in 10 games played last season.

The 6-foot-2, 275-pound St. Louis native brings some veteran experience to that position with ample playing time at the Big Ten level under his belt.

“MJ’s come in a guy that’s played football, just not in our system yet,” Campbell said. “(He’s) a guy that I think has had a great summer. Came off a little bit of injury from where he was at Minnesota to where he is now with us, but healthy and really had a phenomenal summer. Has got some of those very similar physical traits in terms of what he brings.”

Campbell also pointed to a pair of underclassmen, sophomore Joey Petersen and redshirt freshman Tyler Onyedim, as guys who could see playing time opposite McDonald.

“Tyler Onyedim, same kind of guy, flex guy, elite length, elite physicality, a guy that can go inside and those also can play at the boundary end position,” Campbell said. “Then you talk about Blake Peterson and Joey Petersen. I think both of those guys, Joey Petersen played as a true freshman last year, kind of like his brother (Zach), in some ways, a little bit looser, got a little bit more speed, and a guy that can probably flex in play both the field and the boundary. Blake Peterson’s finally a junior in our program, has had that same push, really was a great special teams player for us last year, made some plays on the defensive line. But, now a guy that I think is ready to step into that competition.”

Regardless of who it is that takes the first snaps for Iowa State when Southeast Missouri State visits Ames on Sept. 3, you can expect to see each of these guys in the mix along that front.

New names could still emerge as Iowa State rolls through fall camp over the next month.

Everyone in the competition knows there’s going to be a lot of attention swinging towards the other side when they line up against an opposing offense.

Who will be the one to take advantage?

“I think a lot of names, a lot of guys, and we’re not even talking about the young guys that just got here,” Campbell said. “I think that’s as heated a battle just globally in the two-deep at that defensive line position.” 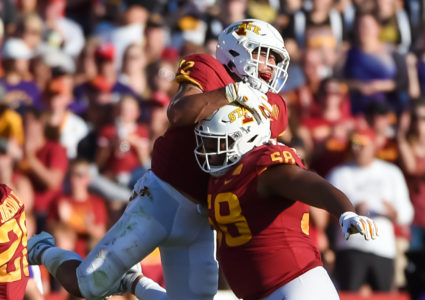