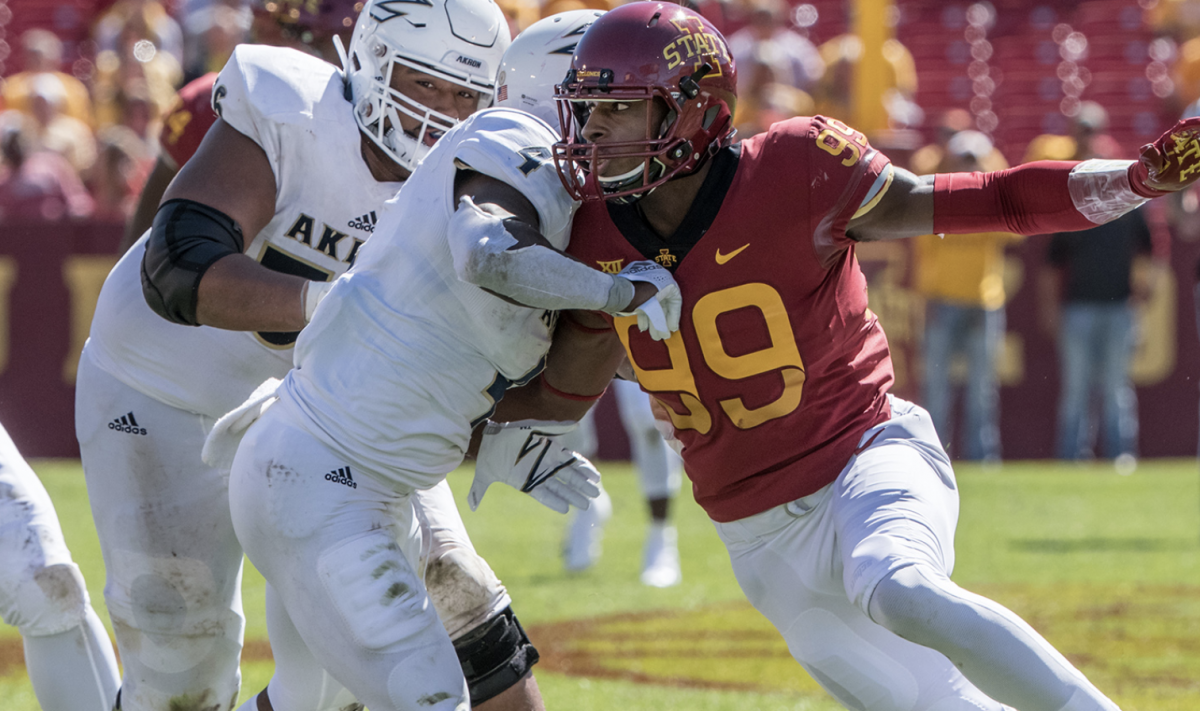 That was the question Matt Campbell asked Will McDonald on Feb. 24, 2017, the day the 6-foot-4, 215-pound Waukesha, Wis. native committed to Iowa State. McDonald was coming off his first season of playing high school football and Iowa State was the first Power 5 school to offer him.

Campbell was certain they would not be the last considering McDonald had compiled 69 tackles, nine tackles for loss and 11.5 sacks during his junior season, which happened to be his first year of playing organized football.

“I remember telling him when he committed, ‘There’s going to be a lot of people who come in. If you feel you want to wait to see some other schools…,’ but he knew it was the right fit for him,” Campbell told Cyclone Fanatic on Tuesday. “I really appreciated that and he’s a guy that really stayed by his word the entire time through the recruiting process.”

Over the summer, I was told McDonald is the most talented player Campbell and his staff have brought into the program since arriving in Ames in December 2015. That ability was on display last Saturday when the true freshman defensive end recorded his first career tackle — a strip sack of TCU quarterback Shawn Robinson, setting up the Cyclones’ first touchdown in their 17-14 loss to the Horned Frogs.

That big-play ability comes as no surprise to Campbell or Iowa State defensive coordinator Jon Heacock. It is the same ability that jumped off the screen while watching McDonald’s junior season tape.

“Just how fast he could go from point A to point B. He was very raw and still is. Just had athleticism,” Heacock said on Wednesday. “He was dropping and rushing and just being athletic. That stuff you don’t coach. You can coach technique but the fast-twitch guys and the guys that are athletic and can bend, that’s hard to coach.”

The unique ability that McDonald, a former basketball player, brings to the table is another reason to be excited about the future of Iowa State’s defensive line. Alongside stalwarts Ray Lima, JaQuan Bailey, Enyi Uwazurike and a handful of others who still have at least one more season of eligibility remaining after this year, it can make the imagination race as to where this group can go during the next eight games and beyond.

While all of those players have become standouts during Iowa State’s defensive resurgence, it could be McDonald who ends up as the best of them all.

“He’s as talented of anybody that we’ve brought in here in terms of just physical God-given ability. It’s through the roof,” Campbell said. “He’s a guy that could go over there and in some shape or form probably be on the basketball court. His God-given ability athletically is through the roof. He’s a guy that in terms of learning the game of football, what’s fascinating to me is sometimes when you’re still learning the game of football, you lack a sense of physicality and you lack a sense of awareness but it’s quite the opposite (with Will). He’s got elite awareness. He’s got high-end physicality.”

It is hard to believe this group of defensive linemen, which is considered one of the most talented in program history, can be even better in 2019. They already form one of the best defensive fronts in the Big 12, but what is the ceiling for this group?

Is the idea of them being one of the best defensive lines in all of college football next season really outside the realm of possibility? At this point, it is hard to say it is not possible.

Just think for a second about where this group was when Campbell and his staff took over at Iowa State. It takes a mighty mental stretch to call it average. Heck, even to call it serviceable requires serious mental gymnastics.

And now Iowa State could be looking at having one of the best defensive lines in the country? Believe it, because the talent is showing already and it just continues to get better. 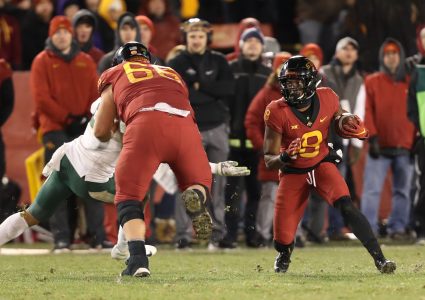