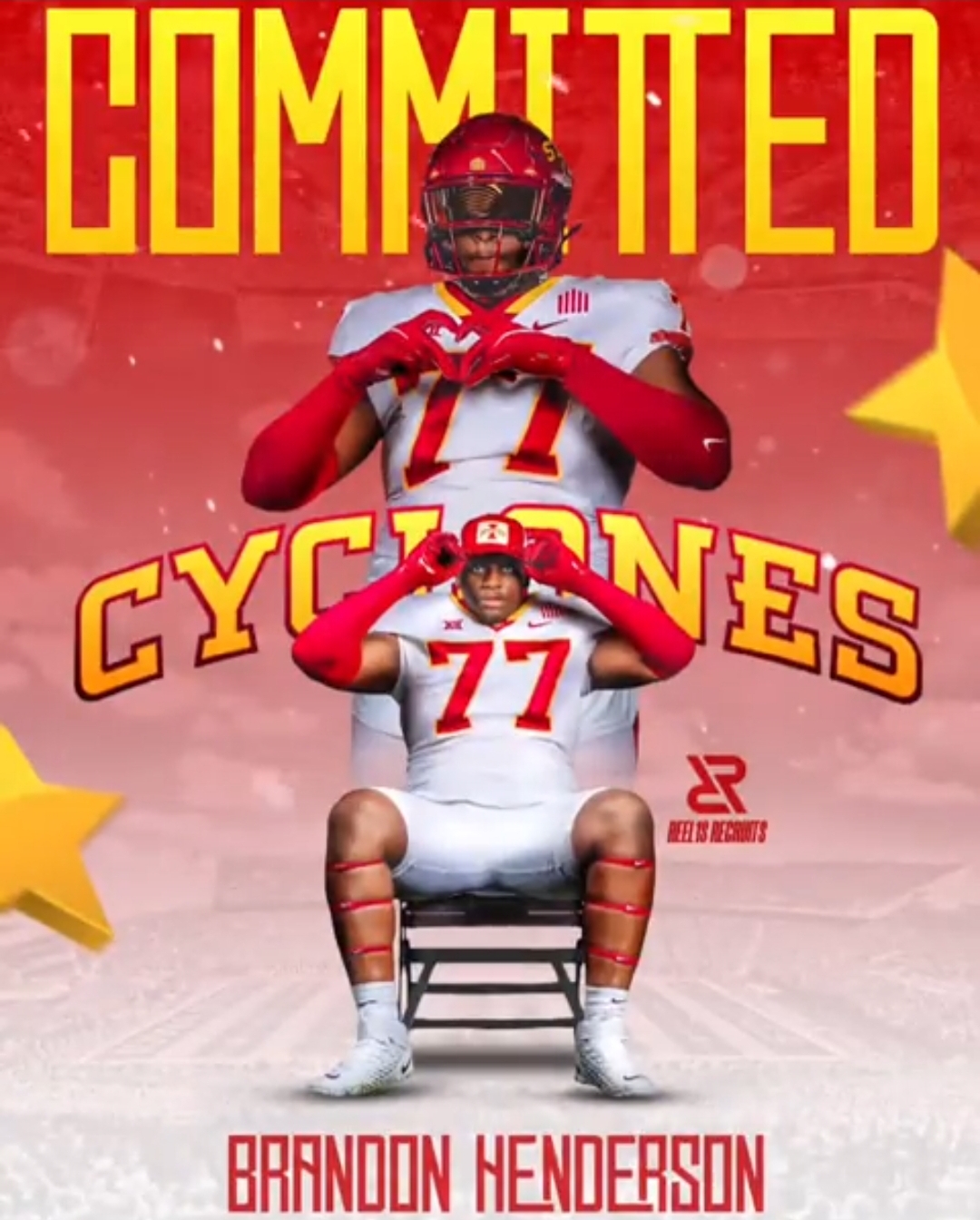 The 6-foot-5 offensive line prospect will be a Cyclone after his senior season at East St. Louis High School.

He’s rated by 247Sports as the No. 15 prospect to come out of Illinois.

Iowa State, however, is also interested in one of Henderson’s teammates in Paris Patterson.

The fellow East St. Louis inside offensive lineman boasts offers from LSU, Arkansas, and Jackson State along with the Cyclones.

If this could lead to another commitment for the Cyclones, then things get even sweeter, but Iowa State has a solid get in Henderson.