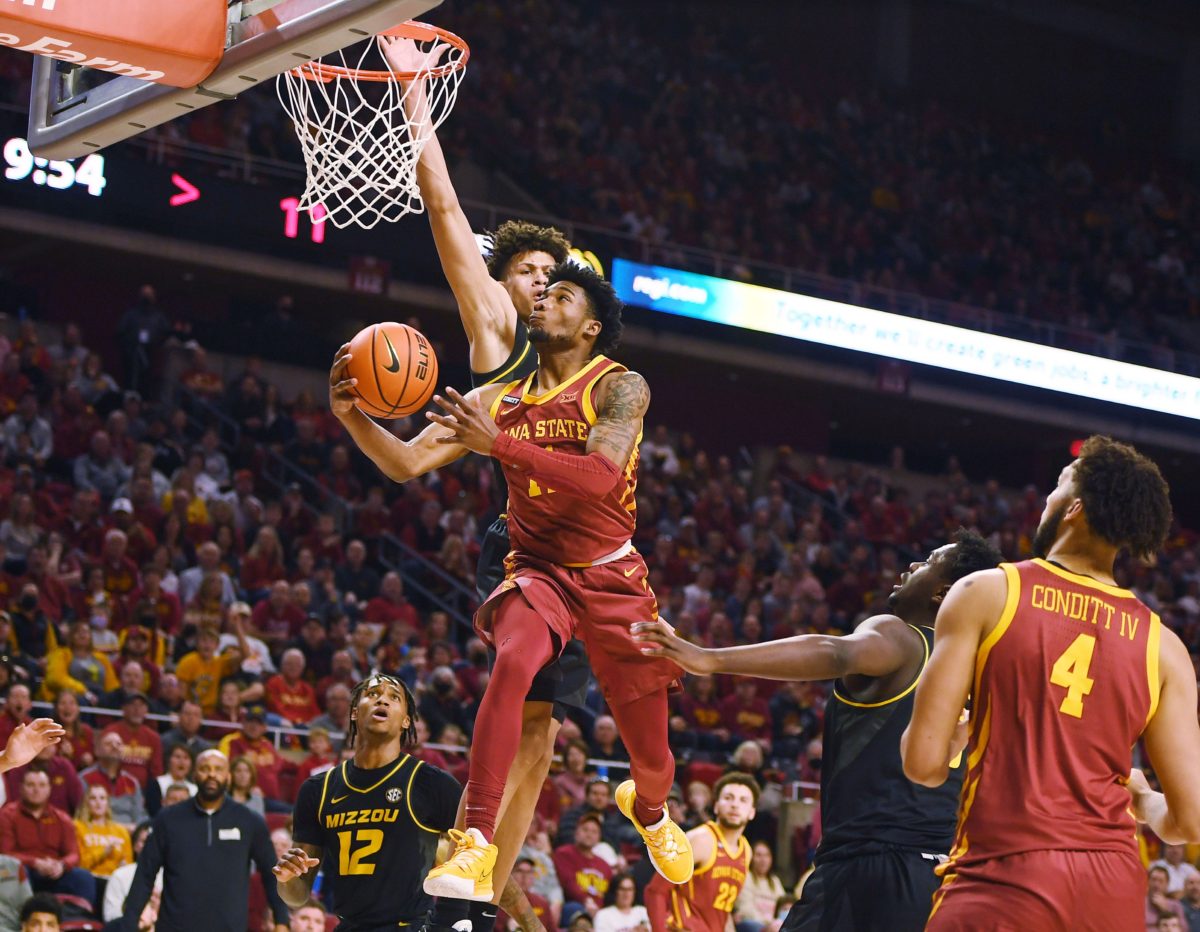 My apologies that this will be more of a critical review of video than anything else, especially after the win at TCU but I couldn’t write the Friday Five in between the Kansas State and TCU games when Friday came after the TCU game.

The defensive videos below show how Kansas State was able to stay in the game in the first half by finding open 3-point looks but also some of the gaps in scheme and execution that have or can be exploited. The offensive videos show a bit of the meltdown late that put the final nails in the coffin of a disappointing home loss.

This has honestly been a staple of the defense all year. Clogging the ball side, forcing penetration baseline if anywhere, and waiting to swallow up errant passes.

But whether it has been an upgrade in opposition or something within the Cyclone defense they haven’t been able to force the same distress on the ball and/or rotate quickly enough.

The below sequence is following a bit of a scramble situation, but watch Aljaz Kunc who is switched on to the shooter going to the opposite wing. He stays so far inside that he is easily screened by Conditt’s man. The ball pressure isn’t good enough to prevent the skip pass and then there is plenty of time to get off a clean 3-point look.

A second example is below. On this one, Grill is the tag man on the roller of the ball screen and he is forced to hold until Conditt recovers before he can recover to Pack on the perimeter. It is hard to say without knowing the exact principles or the scouting scheme for this game but more ball pressure from Kalschuer would have gone a long way to prevent that pass or perhaps a quicker recovery from Conditt.

Kansas State made it a point after getting down 13-0 to attack the weak side with skip passes and weakside screens that really kept them in the game with their outside shooting.

This clip shows what the Iowa State defense wants in that it forces the drive baseline and Kunc slides down in time to cut off the driver. However, the extreme help from the other three defenders and their position highlights how thin this margin is. If Kunc wouldn’t have earned the charge call that is another wide-open 3-point attempt for Kansas State.

Here is another example of the weakside flare screen to attack the backside but the Cyclones recover quickly enough to chase the shooter off the line and Kunc slides into place again to cut off the drive, though I think this one was a foul on him so he was a half-second late.

I didn’t get a great clip of it from this game (or any clip at all) but it did surface versus TCU.

The thing about playing a “no middle” defense is that you absolutely cannot let the offense penetrate the middle. That is bad enough against a standard defense but with the principles of this scheme forcing everything to the sideline and baseline as much as possible, penetration to the middle is crippling.

“No middle” means it HAS to be no middle.

The offense struggles enough with putting the ball in the hoop that they really cannot afford silly turnovers.

I love this motion offense probably more than I should when it is a patterned offense at the D1 level, but a couple of ball reversals almost always lead to an opening on a wing for a shot or baseline drive.

However, they fall into this trap way too often of passing without looking when they get to whipping the ball around. These passes to the wing and top of the key that the defense jumps are debilitating to the offense and usually lead to easy points for the opponent. In this case, Kunc just needs to see the man as well as Tyrese, and then make a back cut to keep the defense honest. But there has to be better recognition and execution.

The next one is just a painful moment of taking things a bit too easy with the dribble handoff and not executing, despite the fact that McGuirl is probably fouling Brockington.

I blame this one on the set. Maybe unfair, but I really don’t like this action that creates a tough angle for a pass and a really small window for any potential opening. It is a common issue that I would prefer to avoid, regardless it is similar to the previous example with not being 100 percent engaged.

I think this one highlights maybe one of the biggest underlying issues with the offense. Overall, the team is lacking in offensive talent. Whether it is a comfort level thing, what the coaches are asking them to do, or just hesitating to react, there are times where it appears they want to run their offense or run their sets regardless of how hard the defense is denying their first option.

They can’t play like robots. Even if they are offensively challenged, improvisation leads to some ugly possessions. That improvisation will also keep the defense honest and still be successful often enough that it pays off in the end.

In this clip the offense is pushed out so high from the basket, there is so much space to attack and keep the defense honest but they stay within their offense trying to get a reversal. A back cut from Tyrese would help. Any of the other three on the weak side popping high to reverse the opposite way could have helped. Better spacing, in general, to open up lanes for the passes could have helped. Or Gabe using the bounce to his advantage.

The big picture in my mind is that I want to see more reading and reacting even if it leads to some bad shots or turnovers on occasion because the net gain of that outweighs turnovers as we see above.