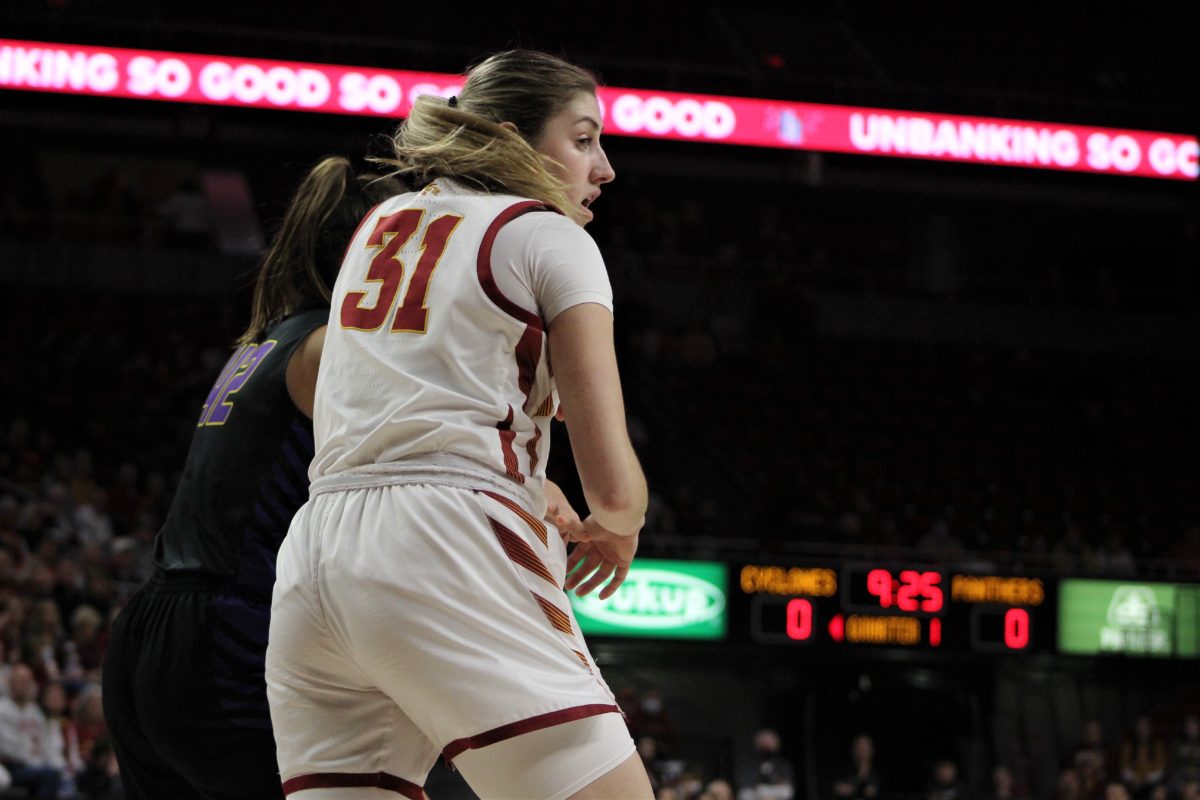 Morgan Kane averaged two points per game for Iowa State during her freshman season in Ames. She averaged just over seven minutes in 23 games and pulled down 1.9 boards per contest.

Last season, Kane’s sophomore year, those numbers stuck around the same realm. In the regular season, she played more than 10 minutes in two games out of 25.

“There was light at the end of the tunnel, but it was a grind,” the junior post player said. “I’m not going to sugar coat it – there were a lot of post players ahead of me and (I had to) compete. It took putting in the work every day, and not seeing the results right away.”

Today, Morgan Kane is one of the best players on the No. 7 ranked Cyclones.

It’s one of the things that has set the 16-1 Iowa State program up with its best start to a season in school history.

“I think that when the season started, we were very concerned of just what we were going to get out of the post,” Iowa State coach Bill Fennelly said. “We kind of thought (Beatriz Jordao) would be the one, and then she got hurt. (Kane) got in there, kind of by default, and then all of the sudden, she did exactly what we needed her to do.”

Kane and Jordao have bolstered Iowa State’s post position – splitting time across each game and regularly combining for somewhere around 20 points and 10 rebounds.

While it happened organically, that wasn’t the original plan coming into the season.

Jordao had a setback from a preview injury and Kane was left to take more reps.

“They really went to work,” assistant coach Billy Fennelly said. “They spent a lot of time in the off-season, doing individual stuff with all four of them. For a while, Maggie Vick was hurt. Izzi went and did some stuff with Canada Basketball. (Jordao) came in and kind of had a reoccurring injury that set her back a couple of months. (Kane) was the last one standing.”

From there, it was all about playing into the role that Iowa State needed for the betterment of the team.

Kane understood the specifics of what she was going to need to do, work on, and improve at. It’s translated to 8.5 points per game and an average of six boards when she steps on the floor.

“She knows her limitations and she knows exactly the things that she can contribute. She understands our system,” Fennelly said. “She understands who she’s playing with. She usually doesn’t make too many bad decisions. Her improvement has been miraculous – astronomical, maybe – when you think about where we were when practice started.”

The redshirt junior did everything that she could to get on the floor during her first two years.

Since then, it seems like she’s done everything to get better when she’s on it.

“I think it’s my personality to work hard and give it everything I have,” Kane said. “I came from Utah to Iowa and I just knew that I had to give everything that I had to playing basketball. I think just my hard work and mentality – the coaches always appreciated that. You can’t coach effort, so I made a point to bring that every day.”

That work ethic was something the West Jordan, Utah native got from her parents.

Kane’s parents, Barbera and Michael, parented three children and routinely had the kids help out with work.

“They’re extremely hard-working. We would always help out on weekends with their businesses. We had portable rock-climbing walls – like you’d see at a state fair or birthday party – we had two of those. We had a sno-cone machine, a mechanical bull, a bouncy house. I learned everything.”

All of it contributes to Kane’s play on the court, quadrupling her scoring average and recording her first career double-doubles.

It leads up to the game-tying 3-pointer that helped the Cyclones beat Kansas State.

“I’m never going to forget that feeling of just draining (a shot), hearing the Iowa State crowd get really energetic, having teammates come towards me, and having that feeling of contributing to the team.

“I’m chasing that feeling – that feeling I had – like that Baylor game in my freshman year,” Kane said of her game-winning shot against No. 2 Baylor. “I got a rebound and (hit a) layup. There’s nothing like it.”

Her and the rest of the team will chase it again, on Wednesday against No. 15 Texas. 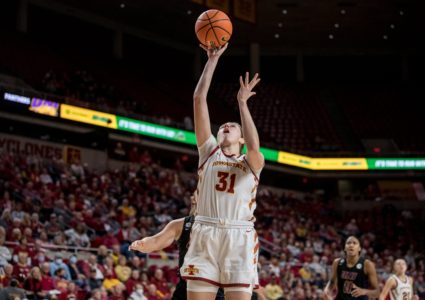 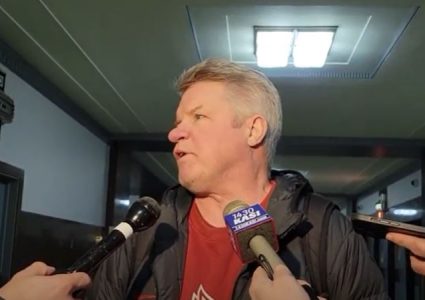