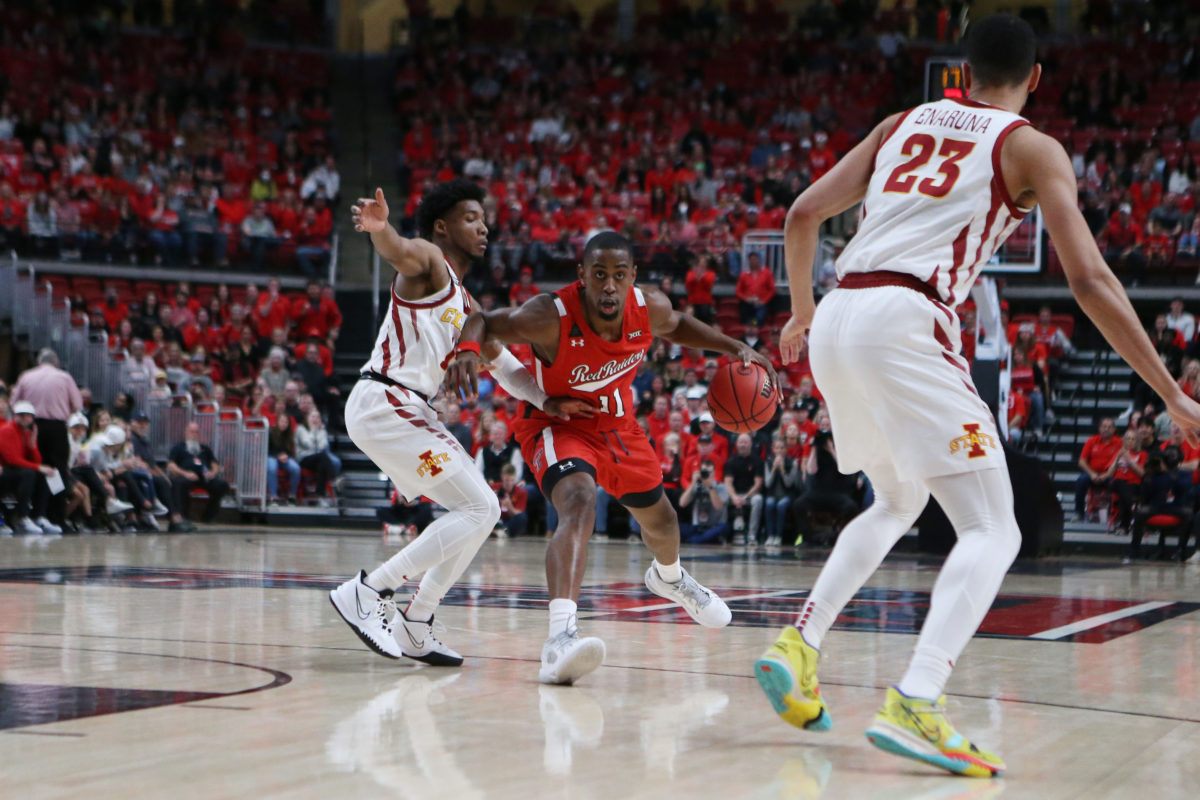 Iowa State ran into a buzzsaw on Tuesday in Lubbock.

Behind a trio of double-figure scorers and nearly 40 attempts from the free-throw line, Texas Tech avenged its loss to the Cyclones two weeks ago with a 72-60 win at United Supermarkets Arena.

This game was defined by one team being the aggressor — and it certainly wasn’t Iowa State.

It wasn’t defined by poor officiating. It wasn’t really defined by bad offense or great defense. Did those elements come into play at times? Sure.

Tech won this game because they were the most aggressive basketball team, and thus, took advantage of the opportunities being the more aggressive team presents.

The Red Raiders played downhill offensively the entire night, but especially during the second half. That downhill mentality led to a 29-of-38 mark from the free-throw line. They went 25-of-29 from the charity stripe after the intermission.

I’m willing to bet I know what that halftime locker room conversation was about.

Iowa State has not been a team that plays downhill offensively the entire season. It is hard to expect them to suddenly become that type of team while also playing one of the five best defensive teams in all of college basketball.

Do the Cyclones settle for jump shots too often? Probably, but so does almost every other team that plays Texas Tech. That’s the entire point of Mark Adams’ defensive system and it is what makes his team so hard to play against.

Sometimes, whether or not you’re having success offensively simply boils down to whether or not your shots are going in. Iowa State’s shots weren’t going in on this night no matter who was shooting it or how open they were.

It sucks, but that’s basketball.

Iowa State was only going to win this game if it was kept in the category of ridiculously low-scoring. This is also known as how they beat this team (albeit a short-handed version) two weeks ago.

Tech shot 44 percent from the field and 18 percent from deep in this game. Iowa State actually made more field goals and 3-pointers than Texas Tech did.

In those areas, this game was pretty damn close to a mirror image of the one these teams played two weeks ago.

The difference fell to the fact that Tech shot 23 more free throws than Iowa State and had a 20 free throw advantage in makes. That’s a 20-point swing in a 12-point game.

I’m not faulting the officiating by pointing to that stat, because it really has nothing to do with the officiating at the end of the day. Tech attacked the basket, drew contact and got to the free-throw line over and over again.

Iowa State was not able to do that on the other end to match — and nobody should have expected them to because that’s never been the way this team has played. Plain and simple.

Sometimes, you just run into a freaking buzzsaw, get chewed up and spat out. That happens frequently to really good teams while playing on the road in this league.

I expect to see a similar type of buzzsaw humming – this being the one Iowa State fans have seen – when a good TCU team visits Hilton Coliseum on Saturday. The Cyclones have done a fantastic job of defending their home court to this point and I don’t imagine we’ll see that change.

The Red Raiders are clearly pretty damn good at that, too. They haven’t lost at home since Feb. 9 of last year. It’s a tough place to go and play against a damn tough team.

There isn’t a single team in this league that will beat Texas Tech if they score 70 points and shoot almost 40 free throws in their home arena. There might not be a team in the whole country that would beat Tech in that type of game.

We all found out why on Tuesday when the Cyclones visited Lubbock and walked away with a 12-point loss.

Sometimes the buzzsaw just chews you up and spits you out. 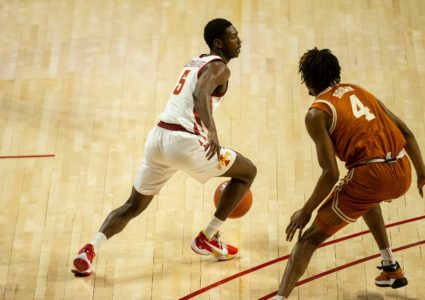