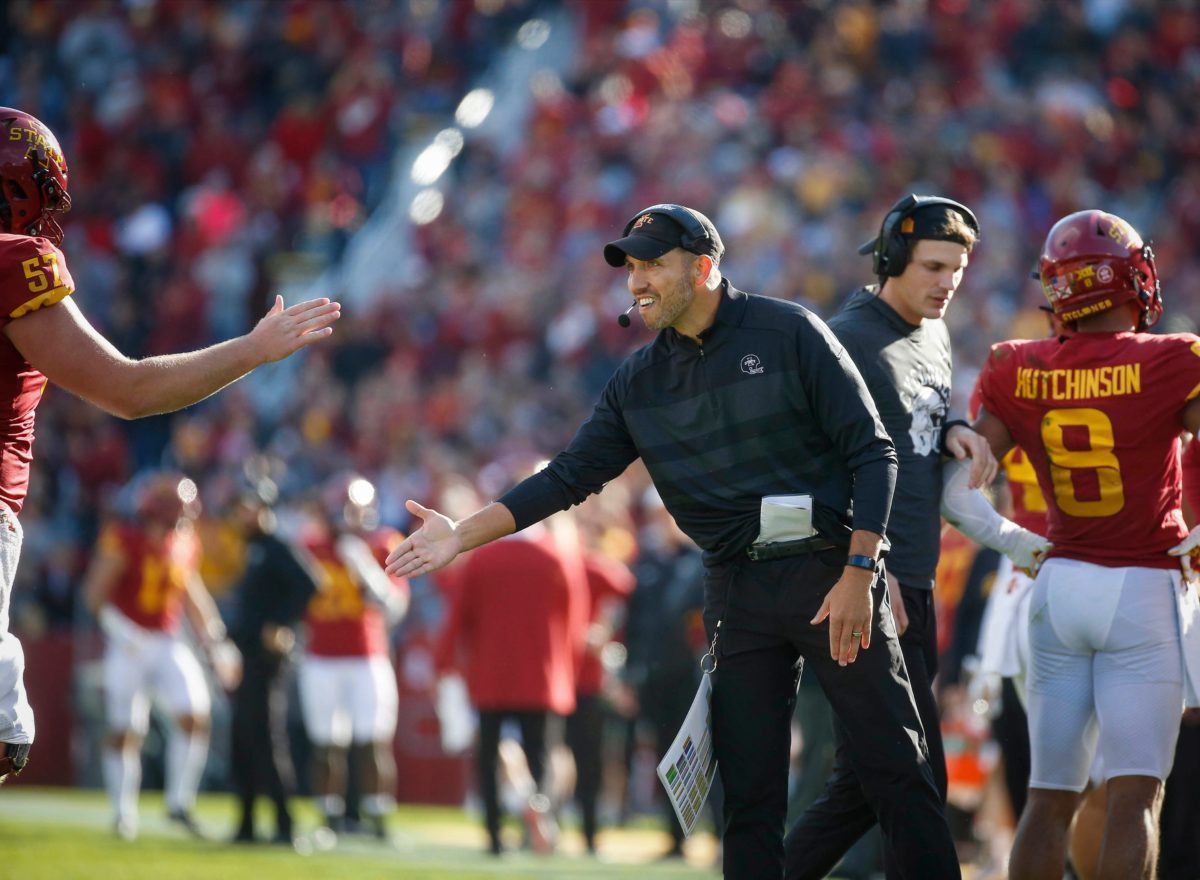 AMES — “Everybody’s trying to kill you.”

The words — delivered with emphasis by Iowa State head coach Matt Campbell on Tuesday when I asked him about lessons learned from the West Virginia loss — were both jarring and accurate.

They rang out in the form of a reality check.

A stern reminder that while the Cyclones (5-3, 3-2) have established a remarkably successful and stable base camp on “the rough side of the mountain,” everyone else in the Big 12 has taken notice — and taken measures. Just as Texas (4-4, 2-3) undoubtedly will demonstrate as it seeks to shake off its own bitter disappointments in Saturday’s 6:30 p.m. (FS1) matchup with ISU at Jack Trice Stadium.

Just as West Virginia did last Saturday when out-executing ISU in a 38-31 upset. The Mountaineers also caught three huge breaks that echoed from officials’ whistles — and replay impotence — but the fact that their coach, Neal Brown, said they’d had that date circled on their calendar in the offseason proves Campbell’s point.

The Mountaineers essentially said, ‘Hey, we can do that, too,” and oh, by the way, ‘We’ll get creative and out ISU-ISU.’”

It worked. The loss killed in the worst way as the preseason top-10 Cyclones tumbled out of the top 25 again — but all is not lost, as long as what undergirds the Cyclones’ program remains solid and unfractured; the bedrock on which to build again.

That’s showing courage in every moment — and making the collective “we” preeminent at each and every turn.

What does that truly mean? I asked Campbell about it in the context of a recent book by Ryan Holiday entitled “Courage is Calling: Fortune Favors the Brave.”

“One of my favorite chapters and we’d just talked about it with the kids on Sunday, is at the end of that book when it talks about heroes, and what are they fighting for,” Campbell said. “What’s made our program really special — and I said this again yesterday in our meeting — is it’s never been about a person or stats or wins. It’s been about the collective whole fighting for the respect that this program deserves. Now, there are a lot of guys in this room who have forged the way. Who have been willing to fight to the standard that it takes to get this culture the right way.”

Guys like Greg Eisworth. Mike Rose. Brock Purdy. Enyi Uwazurike. Jake Hummel. O’Rien Vance. Anthony Johnson. Charlie Kolar. Colin Newell. The list could stretch to nearly two dozen, but that’s why what Campbell and his staff and players have built is so extraordinarily successful (by ISU’s standards), and also why the three stumbles already are so maddening.  Dwelling on the latter is not only stupid, but it’s also deleterious to future performance. When “what’s supposed to happen” doesn’t follow the by-the-numbers narrative arc, wishing and hoping for change is akin to preordaining failure. And Campbell’s Cyclones are reflexively averse to that.

“What combats fear? Love,” Campbell told me. “And I think, uniquely, it’s really what has made us who we are. When you cut us open, you can talk about a lot of stuff, but the reality is the relationships, the care, and the love that we’ve got as a coaching staff and players, and you know, man, the ball hasn’t bounced our way a couple times — that’s fair. Those are results. But I think the great thing right now (is) as a program we’re gonna kind of find out, man, are we really who we say we are? Do the coaches all of a sudden worry about results and go the opposite way? Like I’ve said, we learned some good lessons about that in ’19 about what not to do and I think the same thing as players: If you start worrying about your future, or worry about other things rather than the team, then you may do all those things. You may blink in the moment and figure out, man, everything I wanted was right in front of me and I didn’t have the ability to sustain it.”

That’s the challenge. Fear begets doubt. And doubt is the mortal enemy of success.

Texas is desperate. ISU has been humbled. Courage, and/or the lack of it, remains key to unlocking the remaining potential each team retains — and for the Cyclones, at least, a once relatively wide and now frighteningly narrow path still exists in terms of potentially meeting top-tier goals. It becomes narrower still, however, when snipers furtively line the road “trying to kill you.”

“The reality of the situation is they’re coming for you,” Campbell said. “And I do think we figured that out sooner than later. But I also think, boy, you’ve got to be at an elite level.”

So far, that’s been true some of the time for ISU. Make that almost all the time, and results will start to more closely mirror the commitment to courage and love that help form the program’s foundation. As Campbell often says, it’s never easy, but if it were, success would be the common result, not a relatively rare outcome.

“The reality is everything we still want is right out in front of us,” Campbell said. “I’ve always believed that you get as your work deserves and we’re going to find out what our work has deserved us to be or where it’s allowed us to be when the season comes to an end. You’re week-in and week-out leadership has to come from your seniors and from the 25 or 26 guys who have just a few guaranteed football games left here at Iowa State. You hope their leadership is at (its) best when you need it the most.”

CFTV: Coach Campbell success found in second half to win against Texas Tech 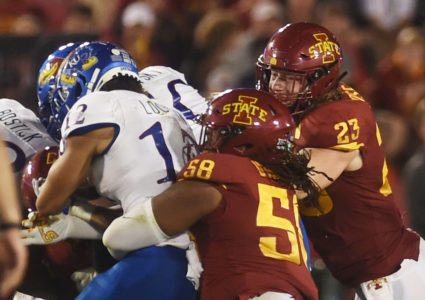 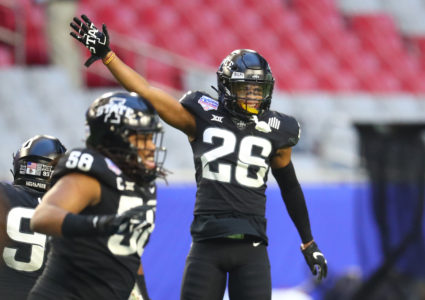