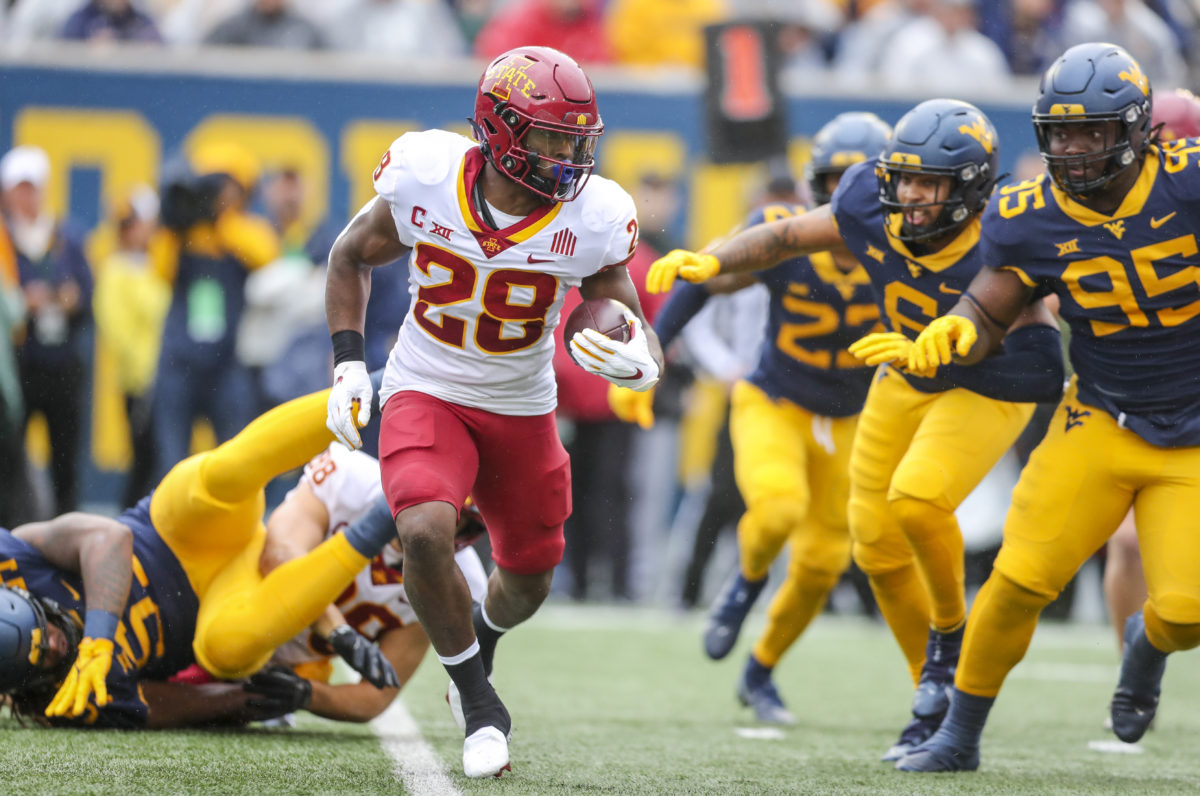 PHILADELPHIA – Iowa State All-American running back Breece Hall has been named one of 15 semifinalists for the Maxwell Award, announced today by the Maxwell Football Club and given annually to the nation’s best collegiate football player.

Hall, along with Desmond Ridder (Cincinnati) and Grayson McCall (Coastal Carolina), joins the semifinalist list for the second consecutive year.

Hall has continued his amazing exploits on the gridiron in 2021, leading the Big 12 in rushing (123.1) and rushing touchdowns (12), totals that rank fifth and eighth nationally, respectively.

A native of Wichita, Kan., Hall has five 100-yard rushing games on the season, including a career-high 197 yards at Kansas State.

He ranks third nationally in multi-TD rush games (4) and has caught 26 passes for 208 yards.

Hall has been the most productive running back in the nation since the middle part of the 2019 season, recording over 100 yards from scrimmage in 25 of his last 28 games.

The junior has an active streak of 20-straight games with a rushing touchdown, a school record, a Big 12 standard and the fourth-longest streak in NCAA FBS.