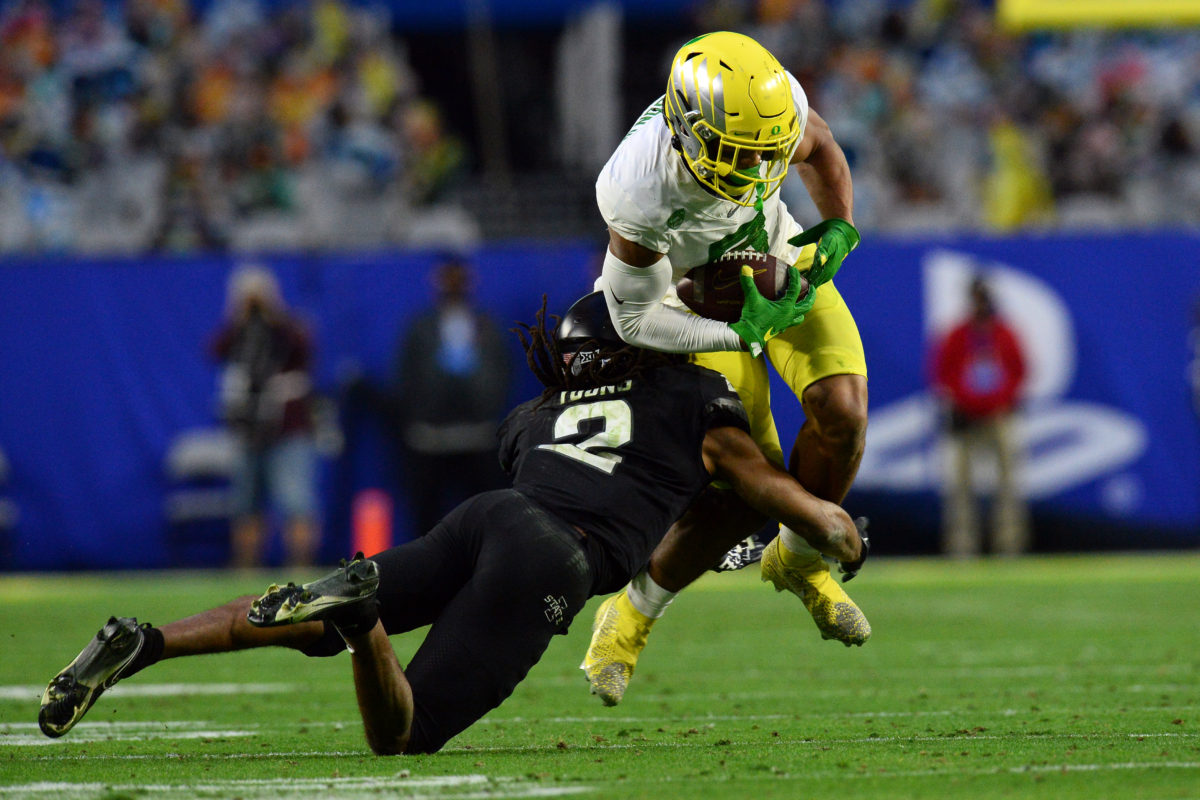 Iowa State senior cornerback Datrone Young is in the best shape of his life.

Healthy as he’s ever been.

“I feel so good,” Young said before offering a caveat.

“I don’t really like to jinx myself,” he added with a smile. “But I feel so good right now. I’m in a good space.”

Please allow Young — who split time last season with Tayvonn Kyle at one corner spot — plenty of room to jokingly fret about his health status.

The 5-9, 180-pounder from Delray Beach, Fla., is nicknamed “Speedy,” but he’s rarely been 100 percent healthy throughout his Cyclone career.

So knock on wood — and turn the spotlight up. He’s ready for it.

“This is kind of the first offseason that Datrone’s been healthy,” ISU cornerbacks coach Matt Caponi said. “I can see vast improvement in his body composition and the way that he runs, and just his confidence in general, of having that offseason healthy and getting six months of lifting in, which he’s never had since he’s been here, which is crazy.”

Crazier, still: Caponi said there’s at least six or seven players in his room that he’d feel confident in deploying on Saturday’s in key situations.

Come to think of it, though, that’s not all that crazy, given how the development of quality two and three-deep depth across every position group has been achieved by year six of the Coach Matt Campbell era.

“We’ve got a lot of guys in our room that (are) doing real good right now,” said Young, who notched a career-high seven tackles in the 34-17 Fiesta Bowl win over Oregon. “I feel like the more guys we have at the level like they can play, the better the unit is, so we can swap people in and out.”

Caponi said his cornerbacks consider themselves the finest unit in the country, bar none.

And while there’s definitely a “prove it” element to that collective confidence, Caponi feels they’re in a good position to offer up some prime evidence later this fall.

“I don’t disagree with them,” Caponi said. “They’ve earned the right. They’ve played really good football and we’ve got a lot of veteran guys back. To play that position, you’v got to have a little bit of the confidence, you’ve got to have a little bit of swagger, because if you go out there and you play scared, nothing good’s going to come from it. They’ve developed that mindset. They’ve earned it. I’m good with it. Now they’ve just got to play like it.”

Young, for one, is more than ready to demonstrate that season-long actions can back up bold preseason words.

Both quarterback Brock Purdy and cornerback Datrone Young said Campbell’s second fall of pitting the 1s vs. the 1s and on down the line in practice continues to build skill throughout the roster.

“Before, it was first ‘O’ against second ‘D,’ and vice versa,” Purdy said. “Right now I’m going against an All-American linebacker in Mike Rose, O’Rien Vance, Jake Hummel and then all the talented DB’s, and the D-line. To be able to go against them every single day in almost all the drills, it just helps each other out. I can make changes. They can make changes. It’s more of like a mental game at this point. ‘Hey, we’re trying to do this, they’re going to check to that, now we’ve gotta check out of that.’ That’s what I love. Just the competitive part — because there’s so much maturity on that side of the ball. … Literally every rep you have to be locked into what you’re doing, the little things. Because of you pay attention to those little things in that rep, that’s going to be the difference in winning it. And that goes for both sides.”

Young, also sees the benefit in routinely putting “good on good” competition into play — and it’s partly because what qualifies for “good” has permeated the two-deeps and parts of the three-deeps.

So the 1s are not a static group. Other than several obvious mainstays, it can shift from day to day.

“I love it, because I’m going against top tier guys like Joe Scates, Xavier (Hutchinson) and I’ve got Brock throwing the ball, and Breece (Hall) in the backfield,” Young said. “You’ve got to love it. It’s competition and I feel like everybody’s getting better from it and it’s making us better as a unit, both sides of the ball.”

“I think he’s awesome. He gives us the ability to do whatever we want on offense. We can run him. We don’t run him too much, until we feel like we need to or there’s something there, but he’s run for 18 touchdowns in his career. We love him. I wish he could just stay here and keep on playing. I’d love to coach him for the rest of my career. I think the world of him.” —ISU quarterbacks coach Joel Gordon on Purdy. 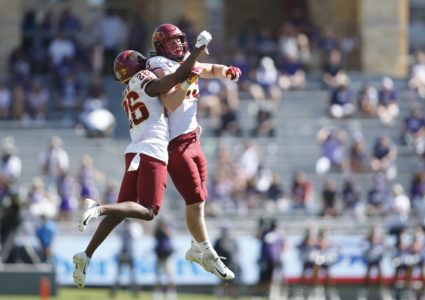 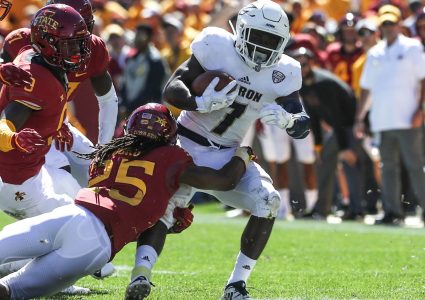