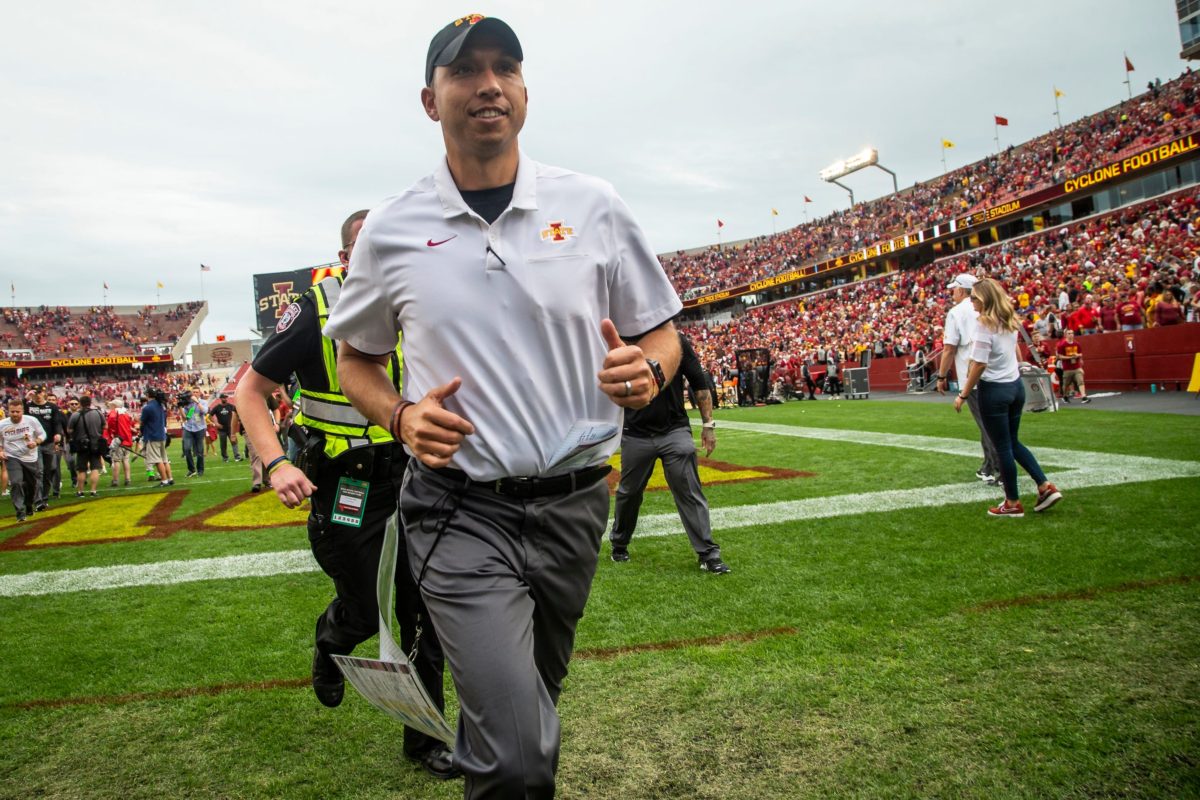 They showed a hulking, defensive lineman-sized quarterback trundling through holes and into end zones.

He’ll now be focused largely on preventing them as a developing defensive tackle, but, but, but …

“He’s big as big can be,” Cyclones head coach Matt Campbell said on media day. “Sometimes too big, but big, and can run and play quarterback, too, so maybe we’ll do a little bit of that.”

Campbell may have been speaking tongue-in-cheek, but it would make sense to potentially utilize Brown in goal-line or short-yardage situations on occasion — if not this season, sometime down the road.

But stay tuned on that front. For now, Brown is likely slated to see the most time via special teams, since reps are hard to come by on a loaded defensive line that features Will McDonald, Enyi Uwazurike, Zach Petersen, Isaiah Lee, J.R. Singleton and many more with productive experience.

“He’s gonna have to wait his turn now,” ISU defensive line coach Eli Rasheed said. “He’s going to have to work at it and keep working. I know the special teams world with Howard has been way up — being on punt and those things and kickoff return and those things. That’s another way for a young kid to have game experience without playing a position. Any time you can run out there on game day and you can be out there on game day, that’s game experience. We hope that we can gain that experience through special teams. And then as we get (to next season), obviously we use Enyi, but Isaiah comes back as a senior, if J.R. comes back, we don’t lose (much), but then we hope we have three-deep there at the end of it.”

Running game coordinator and receivers coach Nate Scheelhaase doesn’t wish to speculate on who among his skill groups can run the fastest race. The official answer — as measured by strength and conditioning coach Dave Andrews and his staff — remains under wraps.

“There’s some word on the street that in the 20-yard race — now, again, most of them got this tested — that Breece Hall won the 20,” Scheelhaase said. “Now, I don’t know all the numbers. You’d have to go ask coach Andrews for that and asking coach Andrews for that, you’ve got to watch yourself now. Come in there with some protection on you because he might throw a left hook at you. … Now, you go out to 100 yards and Joe Scates, he’s gonna feel pretty confident that he can get everybody in that. Forty yards is in between, so there’s a lot of other guys competing for it. I’ll let you guys do the math.”

BROCK SOLIDIFYING NO. 2 SPOT IN BACKFIELD

As noted Wednesday night, Scheelhaase feels confident in at least five players — including two true freshmen — in terms of strictly running the football productively. It’s the blocking and receiving element that will help separate who gets the most reps behind Breece Hall, but for now, it appears junior Jirehl Brock holds the decisive edge as the No. 2 back.

And for good reason. Brock shined both running and blocking more and more as last season wore on, and by all accounts, his gains continue to accrue.

“Jirehl has put himself in position to have a really exciting football season,” Scheelhaase said. “It’s just like anything: if you’re given something, what do you do with that responsibility? What do you do with the role you’ve received already? And I think he took that and he grabbed it by the horns and took advantage of opportunities last year. And I see him doing that this offseason. (As of Wednesday), Sunday was our last bigger practice and I thought he had one of his best practices since he’s been here. … I’m excited about where he’s at.” 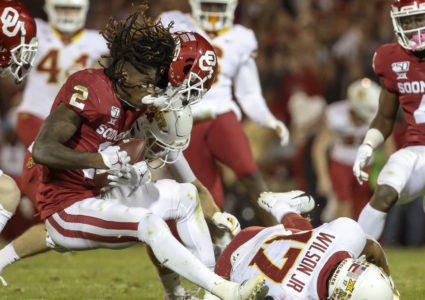