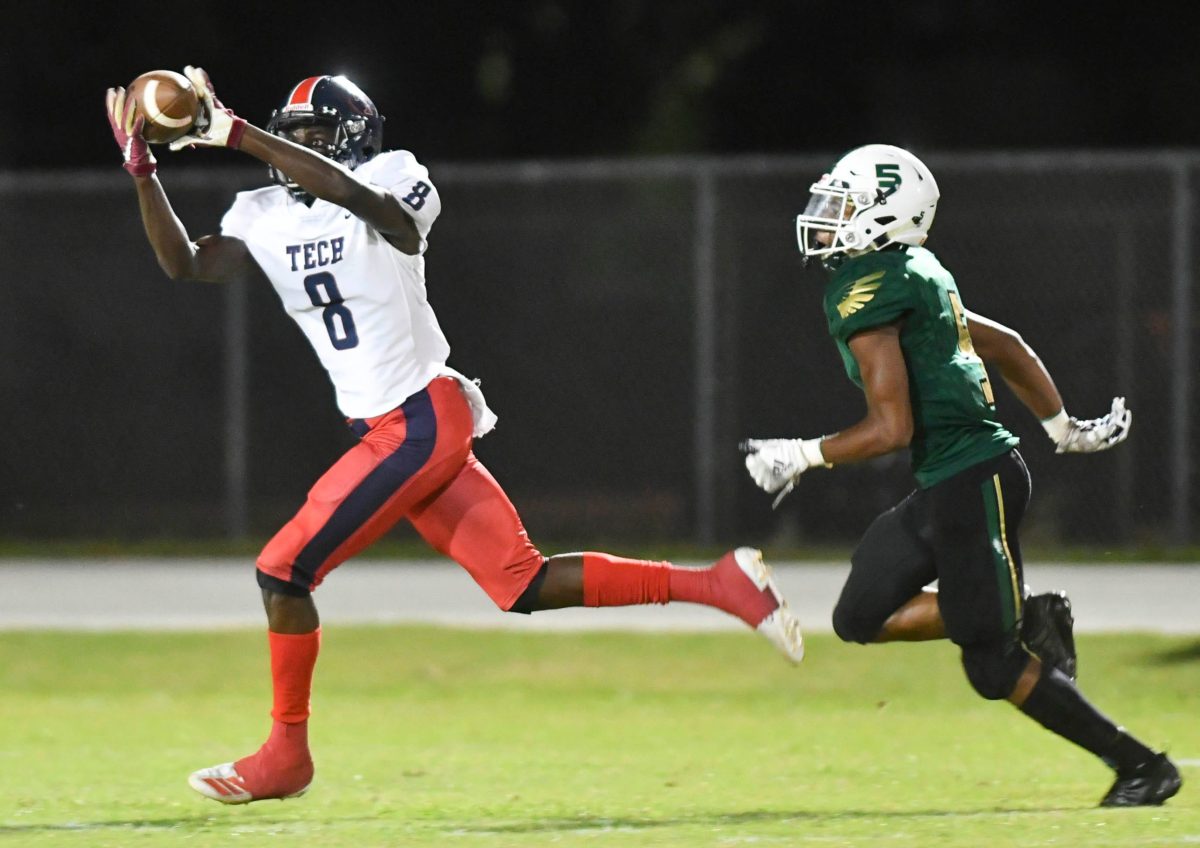 Coaches often praise receivers for being good at snagging 50-50 balls.

So the Tampa, Fla.-based standout is changing them.

“My strength as a football player is pretty much being able to attack the ball in the air,” said the 6-2, 185-pound receiver, who is currently the Cyclones’ second-highest rated 2022 recruit per 247 Sports. “So I pretty much make any pass that’s coming towards me an 80-20 or a 90-10 type of pass.”

Gaines — who will enroll early at ISU this winter — is growing in every way as he seeks to perfect those heady percentages.

He said he now stands closer to 6-3 and continues to put on quality weight. He has one class — English IV — to finish up at Tampa Bay Tech, then he’ll fly into Ames and finally see snow for the first time.

“I get the great, introducing welcome,” Gaines said. “It’s going to be very new to me.”

He passed Campbell’s first test for recruits — he loves playing football — with flying colors and has entered the “perfecting his craft” stage.

“Honestly, I can’t even describe my love of football,” Gaines said. “It’s out of the hands of being able to describe in words. I would just say football is kind of my life, literally, for me. I would say I found my love for football at a young age.”

“At the age of five,” Gaines said.

A few years later he’d first meet up with another top Cyclone 2022 commitment, Xavier Townsend. First, they were youth league adversaries — with Gaines on the Bears and Townsend on the Colts. Turns out Gaines can hit as well as catch.

“As good as he is at receiver, man, he’s like that as safety, too,” said Townsend, who visited ISU the same time as Gaines and fellow Tampa product and Cyclone commit Rocco Becht. “I was always looking out for him and I’m sure he was looking out for me. … He was taller than everybody on the field, so he was easy to find. Every time I saw him I was like, ‘Oh, man. I’ve got to make a cut. I’ve got to make it to the sideline. I gotta go.’”

“Yeah, there were a few times I stepped out of bounds, I’m not gonna lie,” Townsend said.

Fast forward eight years or so.

Gaines texted Townsend that he had chosen to commit to ISU. Townsend told him he’d decided the same thing. The former Westchase Colts teammates — yes, Gaines eventually teamed up with Townsend in Tampa’s youth football scene — would be together once again, but this time far, far away in small-town Ames, Iowa.

“We just kept that connection with (ISU assistant Nate) Scheelhaase (via) a couple FaceTime calls with coach Scheelhaase and coach Campbell, also,” said Gaines, who has 21 touchdowns catches on two seasons at Tech and is averaging 17.9 yards per grab. “Really trying to keep that connection between both of us and our coaches.”

Campbell and his success at Iowa State sealed the deal for Gaines, of course, but Scheelhaase’s recruiting efforts — as well as his proximity to playing the game at a high level — helped make becoming a Cyclone an extra-exciting proposition.

“To be honest, that was a huge chunk of my decision — which receivers coach I wanted to choose, or build that relationships the most with,” Gaines said. “Coach Scheelhaase being as young as he is and be active, I know he could get out there and teach me things, or show me the way he would like things to be done. And he was a former QB at Illinois, so now I know that I can go to him and study film and I’m going to get a good coach that actually knows how to study film just as well. That’s one thing coach Scheelhaase and I did over my recruiting. We studied film a lot, whether it was my film or Iowa State stuff.”

But what exactly is ISU getting at receiver with his addition to the 2022 class?

Townsend can scout him at his current and primary position, too.

“He’s physical,” Townsend said. “A real good route runner. His biggest plus would be, to me, his hands. Strong hands. If he can get his hands on the ball he’s not letting go. It’s a catch. He’s real smart. Just knowing the coverages and knowing where the soft spots will be on defense and everything like that — and just king big plays.”

So forget 50-50 odds. Gaines is working to ensure his shot at success becomes a given. And it would be unwise to bet against him. 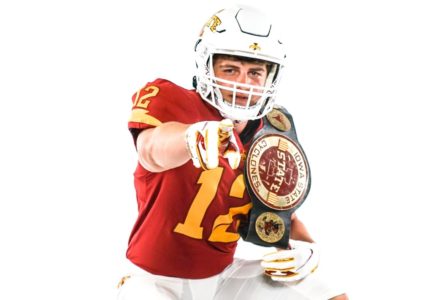