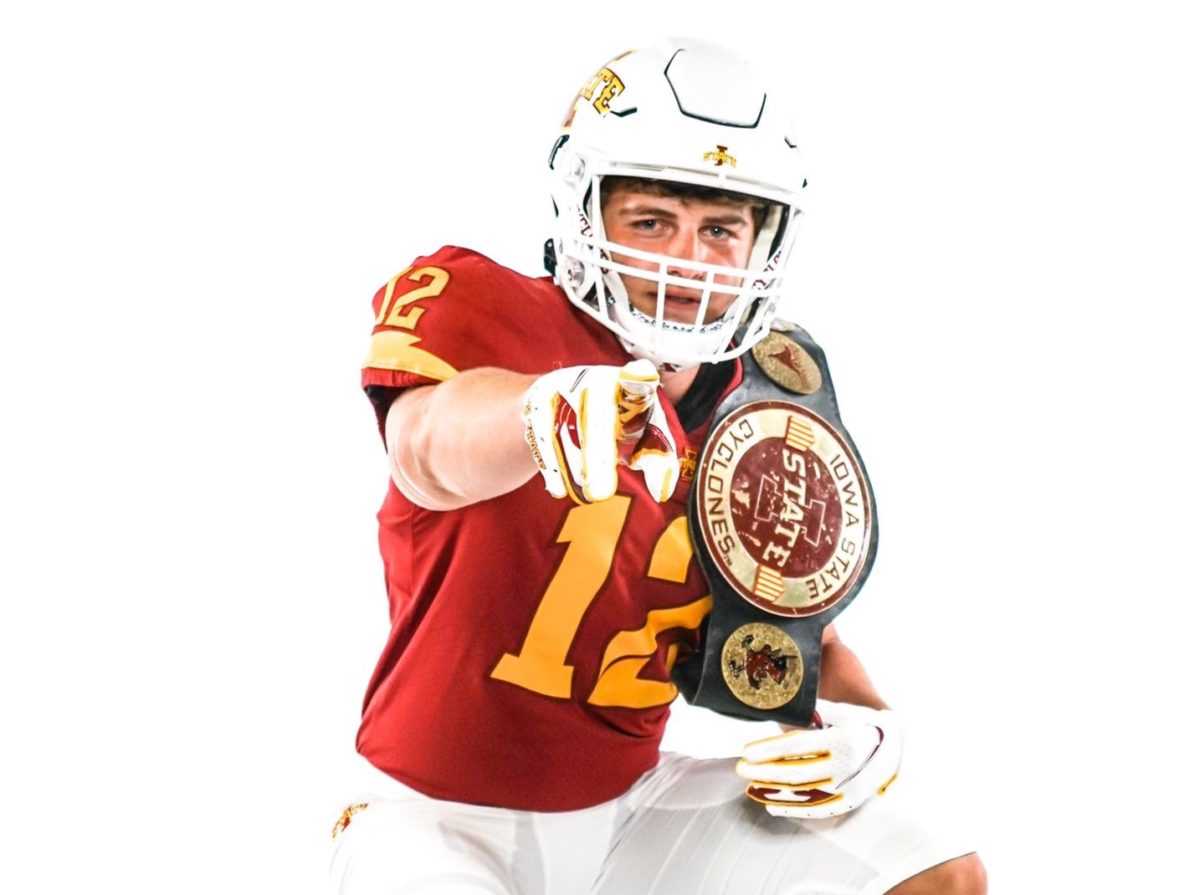 Jacob Imming had made this climb before.

Rung by rung, the first player to commit to Iowa State’s football Class of 2022 ascended the ladder, positioning himself about 25 feet above the ground in order to … reach into the gutter.

All in a day’s work earlier this month — until Imming’s mobile phone buzzed in his pocket. He answered.

Imming’s perch? Solid and lofty — a good spot to be a couple of days before the Sergeant Bluff-Luton standout could finally make an official visit to the school he’d committed to in January.

“It was awesome,” said Imming, who is back on that ladder this week working on his mayor, Jon Winkel’s, house on Lake Okoboji. “I’d been to campus before; I’ve been to a couple of games — well, more than a couple. But it was really nice to actually drive around campus and see (everything). … Of course, their facilities are just awesome, as I expected. And that new building (the nearly-complete Sports Performance Center) is gonna be sweet. We ate lunch up there one day. It’s not all the way finished but it’s looking good so far. And the locker room — that was the first weekend the players were in it when we were there for the official visit — it was sweet.”

It’s a work in progress, of course. Just like Imming, who weighed in at 211 pounds on his visit, but plans to get to 220 for football season — and 225 or more by the time he’s on ISU’s campus to stay next summer.

“They were still setting up TVs and whatnot,” said Imming, who is the fifth highest-rated 2022 recruit in the state according to 247 Sports. “They were setting up their whole game room … if you saw that video on Twitter of coach Campbell meeting Brock Purdy (there), they were setting those up the night we got there, too.”

Imming’s own construction project closely mirrors that of Campbell’s with the Cyclones.

He entered high school at a wispy 150 pounds. He’s since added 60 pounds of muscle to his 6-2 frame and turned himself into a player who also attracted offers from Iowa (his favorite team growing up), Nebraska and Kansas State.

But Campbell’s Cyclones offered first. That meant a lot. So did the program’s meteoric rise from 3-9 in Campbell’s first season to 9-3 in 2020 — along with a first-ever New Year’s Six bowl win.

“It’s clarified even more (after the official visit),” Imming said of his decision to choose ISU. “They’ve really just set in stone what they’re about, their culture, just the guys I was around on the football team — and they’re just all amazing. Their coaching staff is amazing, just like I expected.”

So is Imming’s work ethic. He got a job helping out on his town mayor’s homestead nestled in the Loess Hills three summers ago, but couldn’t work it last season because of COVID-19 restrictions.

He’s back out there now — after early morning football and basketball workouts — for several hours most days, except when he’s working on the gutters of that lake house.

It’s a work-and-play rhythm that suits Imming perfectly. His body’s constantly in motion, but so is his mind. Sounds like a perfect fit for defensive coordinator Jon Heacock’s group once stars such as Mike Rose and O’Rien Vance graduate, but Imming knows he’ll have to fully earn a chance to see the field.

“The thing that separates Iowa State from everybody else is just the consistency and the culture,” said Imming, who plans to study entrepreneurship and marketing at ISU. “And I feel like they just outwork everybody else, quite honestly.”

That’s the aim. So far under Campbell, it’s remained startlingly true. Imming’s well on his way to becoming a big part of the next wave at ISU and is bonding well with fellow 2022 linebacker commitments Will McLaughlin of Harlan and Carson Willich of Blue Springs, Mo.

“We have a really special bond for not really knowing each other that well,” Imming said. “But we’re always playing video games, Snapchatting or whatnot. It’s been really nice to get to know those guys better even though we’re not really on campus yet for another year.”

Until then, they’ll all continue to work. Imming may be 20 feet up that ladder as you’re reading this — and that’s a profoundly good thing. The mayor doesn’t just give him work to do. He shares hard-earned lessons, as well.

“I remember this one time two summers ago, the mayor — he was working on his son’s house in Sergeant Bluff,” Imming said. “Just building it, right? So I was doing landscaping for a little bit and he came by with his scoop or whatever and had a ton of rocks in it. He dumps it down the hill a little bit from their house. He gives me a wheelbarrow and a shovel. I was putting about 100 to 200 pounds in this wheelbarrow, trying to get up this, I don’t know, 20 to 30-degree incline about 50 feet up. It was a fun day.”

To each their own. Imming loves football. Loves working, too. Again, a perfect fit for the Cyclones, who will bid farewell to 20 or so players with starting experience after the 2021 season — and a few months before Imming’s back on campus to stay.

“We’ll be coming in fresh off, you know, they’re probably gonna have five or six NFL Draft picks out of that senior class, and it’s gonna be just crazy to see what kind of guys fill those roles,” Imming said. “Obviously Iowa State’s done an amazing job recruiting everybody, but it’s gonna prove what they’re about again, and why they’ve come this far.” 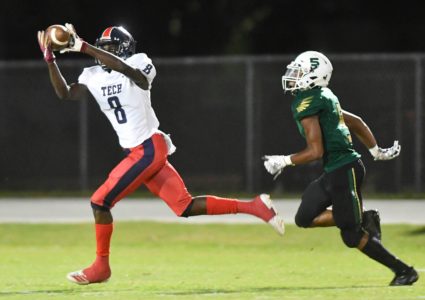