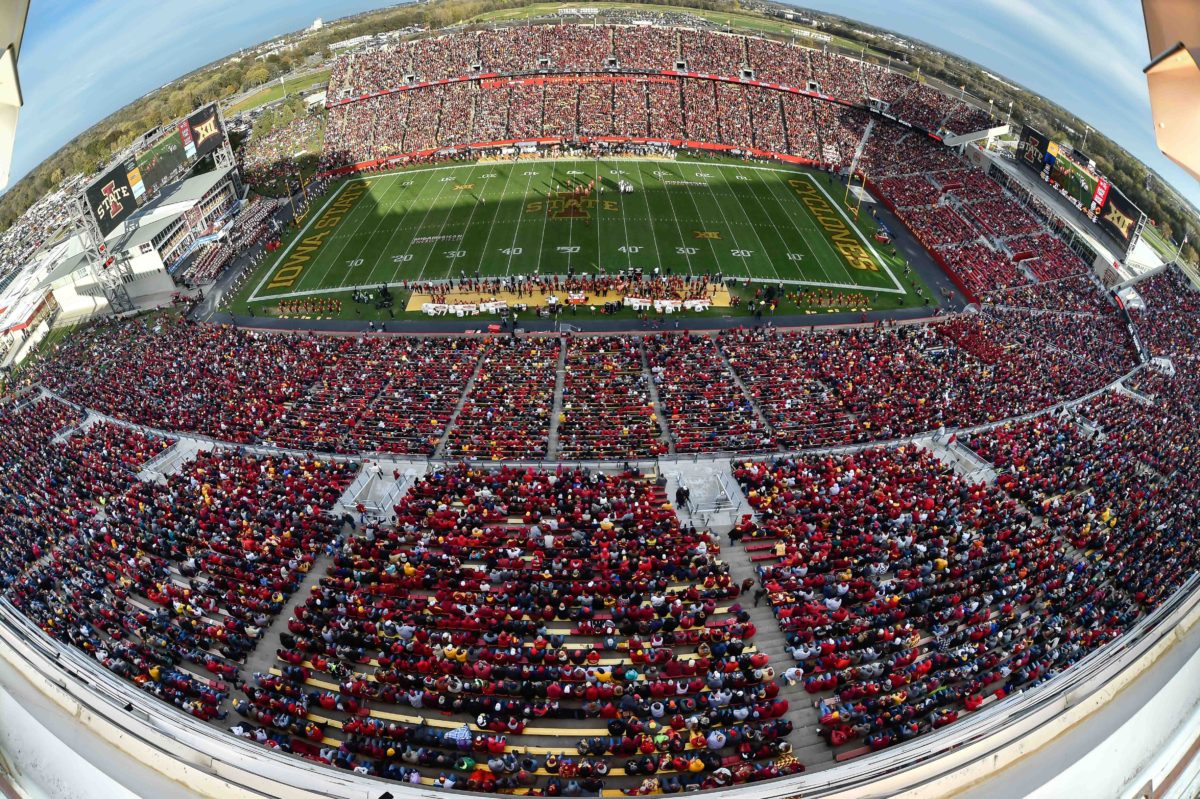 Before we begin, on this early hour on the morning of Thursday, July 22, I am reminded of a classic line from the song “Here We Go Again” by the hip hop titan DMX (God rest his soul).

Now that I have that out of my system, for better or worse, welcome to the new era of college football. It feels like this is the first moving part. That is my general observation after one of the craziest days I have ever seen in this profession.

I feel like I just watched an intense episode of House of Cards, with Texas athletics director Chris Del Conte playing the role of Frank Underwood.

I need to take a shower, or four.

I have been taking notes from every conversation I’ve had going back to 3 p.m. Wednesday when the news broke.

Let’s dig in and forgive me if I am a bit all over the place.

I spent last week in Dallas mingling with Big 12 reporters and decision-makers, and not a single person had this on their radar. If they did, they are damn good liars.

2 – I want to give my general observation of the happenings, and then I will dig in and focus mostly on the potential future for Iowa State athletics.

Why would Oklahoma and Texas leave the Big 12 now?

There is so much that goes into this, but in my opinion, it has more to do with the overall future of the sport than anything.

It feels like something larger is at play here – something the public is not aware of. Post NIL plans by the SEC – and whoever else – to seismically shift the college sports landscape as we know it.

The realignment era from 2010 was about television eyeballs and money.

After NIL, the one-time transfer era, and most importantly, the Supreme Court flipping the bird to the NCAA a few weeks ago, this seems much, much larger than any realignment story of the past.

Simply put: Competitively, Oklahoma and Texas are much better off where they are. And since they are the only two schools in the Big 12 that don’t have to give their third-tier television property to ESPN-Plus, they are in a fantastic financial spot as well.

Again, it just feels like this is a much bigger conversation than a few teams (albeit two of the biggest brands in the sport) making a move.

3 — What happens to Iowa State if this all goes down?

The million-dollar question. This is really what you guys care about, so I want to spend most of my time weighing these potential options.

Obviously, this is all speculation on my behalf.

Let’s start with the Big 12 staying together in some way, shape or form.

I’ll start by being optimistic.

Perhaps this whole thing gets blown up somehow. We have been there and done that. This feels different, but nothing is impossible.

What if they leave? In theory, the Big 12 could then poach programs like UCF and Cincinnati and become a league without Texas and Oklahoma.

Financially, that would be a disaster.

Of the remaining Big 12 schools, only two belong to the AAU (Association of American Universities): Iowa State and Kansas.

I know … this is about football and money. However, the Big Ten, Pac-12 and ACC care a hell of a lot more about academics than the SEC does. So the AAU membership would undoubtedly be a big deal to the Pac-12 or Big Ten – should those be potential landing spots for Iowa State. So it is good to have that on your side.

So let’s say that the SEC is getting ready to break away from the NCAA and will truly attempt to go off on its own to take over the college athletic universe.

If that is the case, then the Big Ten will try to keep up in some way, shape or form. It has to, or how do you explain yourself as a league to Ohio State and Michigan?

I would argue that of the remaining Big 12 schools, Iowa State would be the most valuable to the Big 10 – both in terms of its fan base (third-largest football stadium in the current Big 12 behind Texas and Oklahoma), geography and the AAU status.

I really do feel like this would be an option, assuming the Big Ten needs to go bigger and wants to be THE Midwestern league in college athletics.

This is what pisses me off about this most recent news.

There has been blood in the Pacific for quite some time with the Pac-12 Network hemorrhaging money and discontent within the league that Larry Scott tried to kill.

The point is, while I think it’s a longer shot than the Big Ten, if the Pac-12 wants to make a move, Iowa State would be near the front of the line ahead of a handful of Big 12 foes.

The geography makes no sense, but what if the rest of the Big 12 refugees head west to create some sort of a pod?

I don’t know. Nothing seems crazy these days though.

6 — Iowa State is in a much, much better spot as an institution than it was the last go-around.

This is the most important point I can make during these uncertain times.

Sure, it helps to have a top 10 football program heading into the 2021 season, but it has more about the changing landscape of media than anything.

Rutgers would never get into the Big Ten in 2021.

Back then, all these conferences cared about were “geographical footprints.”

Merit will actually matter this time around because media companies have pivoted strategies from cable to streaming.

In 2010, Rutgers “delivered the New York market” for the Big Ten Network.

Now ask yourself this: Which fan base would deliver more streaming subscriptions in 2025 … Rutgers or Iowa State?

Iowa State fans are ravenous. Sold-out stadiums, a ridiculous following at bowl games and a growing enrollment really will matter this time around.

7 — Would Iowa try to block Iowa State from getting into the Big Ten?

I have zero insight on this, but Florida doesn’t want Florida State in the SEC. We’ve seen Texas A&M’s reaction to this SEC news with the burnt orange.

It is something to consider.

I don’t think she can do anything about any of this, but that doesn’t hurt in a time where politicians are sure to get involved. They always do.

9 — What does ESPN think about all of this?

I asked this question to every source I talked to on the matter and nobody can give me an answer.

BUT, I understand the economics here.

You need inventory to sell ads.

If this new-aged, giant SEC cuts the Big 12 (and potentially others) off at the knees, there will be less “major” inventory for the worldwide leader.

I really have no clue.

It feels like these moves would make the sport very top-heavy – a sport that ESPN essentially owns.

Maybe that would be better for ESPN? I’m just pondering.

Because of the Big 12’s Grant of Rights, which goes through 2025, the only way Texas and Oklahoma can leave prior to then is if it surrenders its television revenue to the Big 12 up until that date.

So if they are going to leave in four years, damn, that is a really long time to be in limbo.

Do they think they have an out of some sort? Seems like a long shot.

Think about how they pulled this thing off …

It’s SEC Media Day. The college football world is obsessed with the fact that Nick Saban’s quarterback may or may not be making $1 million before ever taking a snap at Alabama.

A&M presumably leaks the news to a local beat writer, sends its AD to media day (which is rare), puts out stern quotes stating its opinion and is politicking to block the move.

12 — And how do we know Texas and Oklahoma aren’t just trying to gain leverage to do something else?

Reports as of super late Wednesday night state that a goodbye letter will be sent to Bob Bowlsby next week. I’ve been around long enough to know that you never say never with this stuff.

We will be all over this story, good or bad.

If you appreciate our coverage, please consider signing up for our Patreon or a premium membership. I will be dropping extra nuggets for those subscribers as I get them in the coming weeks. 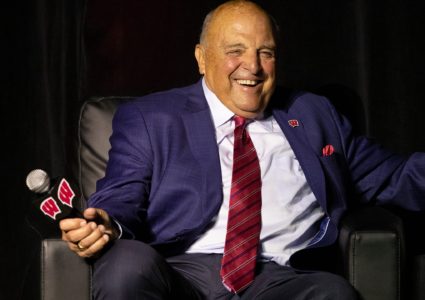 WILLIAMS: Answering some realignment FAQs about Iowa State, other conferences and more 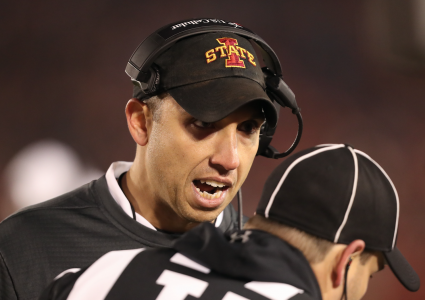 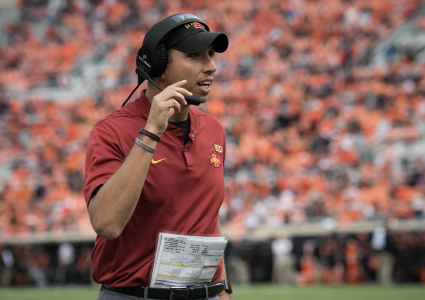