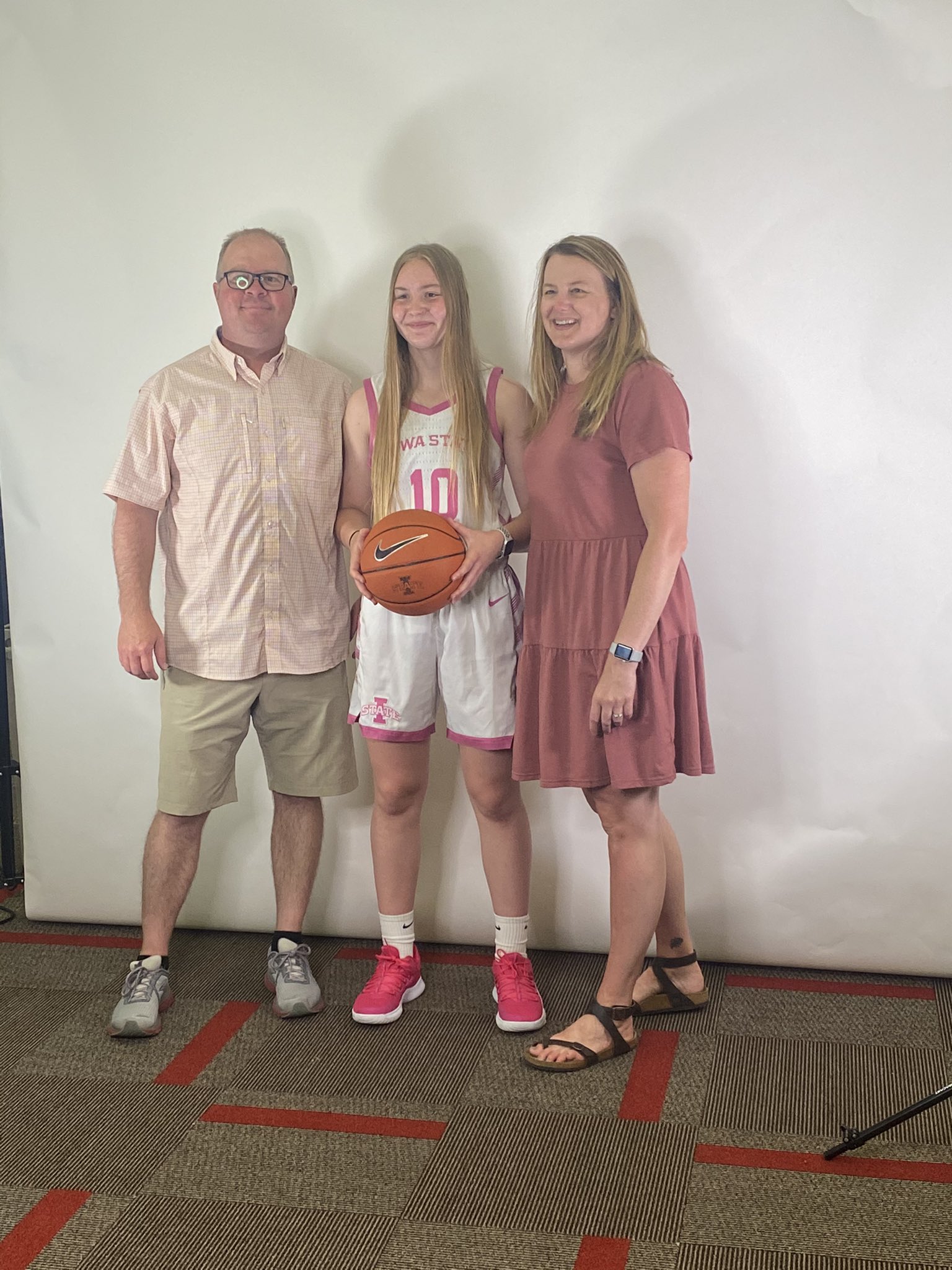 The All-Iowa Attack pipeline between Iowa State women’s basketball and the AAU team got even stronger than it was on Wednesday.

Johnston High School sophomore and Attack player Aili Tanke announced her commitment to Iowa State, a signing that should pay big dividends to the program.

Tanke is currently ranked as the No. 1 recruit in the state in the 2024 graduating class.

She lead her All-Iowa Attack 16u team to a national championship in 2019, scoring 18 points in a game that was televised on ESPNU.

It helped her to a third-team All State selection as well as a scholarship offer from Iowa State.

Previously to announcing her commitment, she had a fan in former Cyclone Georges Niang, too.

Tanke still has three years of high school to go through, but if the early numbers are any indication, the Cyclones got a gem.

Tanke will try to help Johnston to more state championships after the school won its first during the 2019-2020 season.