“The meeting was cordial, and the Executive Committee expressed a willingness to discuss proposals that would strengthen the Conference and be mutually beneficial to OU and UT, as well as the other member institutions of the Conference,” Bowlsby stated. “I expect that we will continue our conversations in the days ahead and we look forward to discussing thoughts, ideas and concepts that may be of shared interest and impact.” 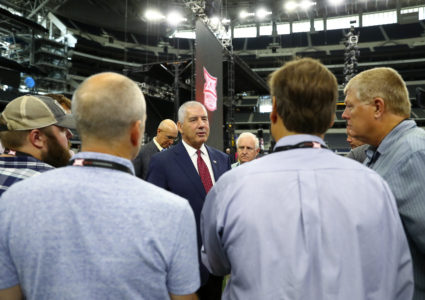