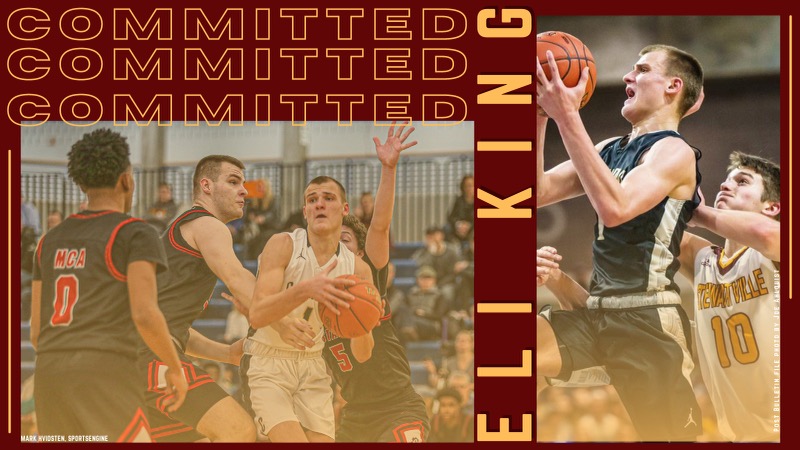 T.J. Otzelberger and his staff got more good news on Tuesday when they landed a commitment from 2022 four-star combo guard Eli King.

King broke down the reasons for his commitment, how Otzelberger sees him fitting into the program and more for Cyclone Fanatic Tuesday afternoon.

The following is that conversation in Q&A form with some light editing for clarity and brevity.

CF: What made you want to pull the trigger and commit to Iowa State?

King: I think there’s a lot of reasons but the main one was my relationship with Coach Otz and how I’ve gotten to know him over the past how many years so my comfortability with him, and his vision for me is the main reason.

CF: What is that vision he’s shared with you? How does he see you fitting into the program?

King: He wants the program to be blue-collar and for everyone to come to work every single day and I see myself putting in the work and having to work for it. Basketball-wise, his playstyle fits me offensively and defensively wanting to play fast. So that was the main thing.

CF: Have you gotten a chance to talk with your AAU teammate, and fellow Iowa State commit, Tamin Lipsey yet? What will it be like to play with him at the next level?

King: I haven’t yet. I was going to call him tonight. It’ll be a lot of fun. As a person, I love him as a friend. Basketball wise our styles match really well and complement each other. So I think, offensively and defensively again, with both being able to handle the ball and play fast, you got to have more than one person who can handle it. So and then defensively, his ability to guard and my ability to guard, I think both fit in really well.

CF: What is your view of Iowa State basketball? Have you followed the program much before they started recruiting you?

King: Yeah, I watched them a lot from 2010 to 2016, I’d say when they were really good and towards the top of the Big 12 year in and year out, making the NCAA Tournament. I’d say I’ve always kept an eye on them for a while now. And they’ve been a successful program, and we’re looking to get them back to that spot.

CF: How would you describe yourself as a player?

King: I would say, a good teammate that shares the ball, can defend and is athletic and plays with a level of excitement that’s fun to watch, and I’d say I can shoot it and can get to the rim really well.