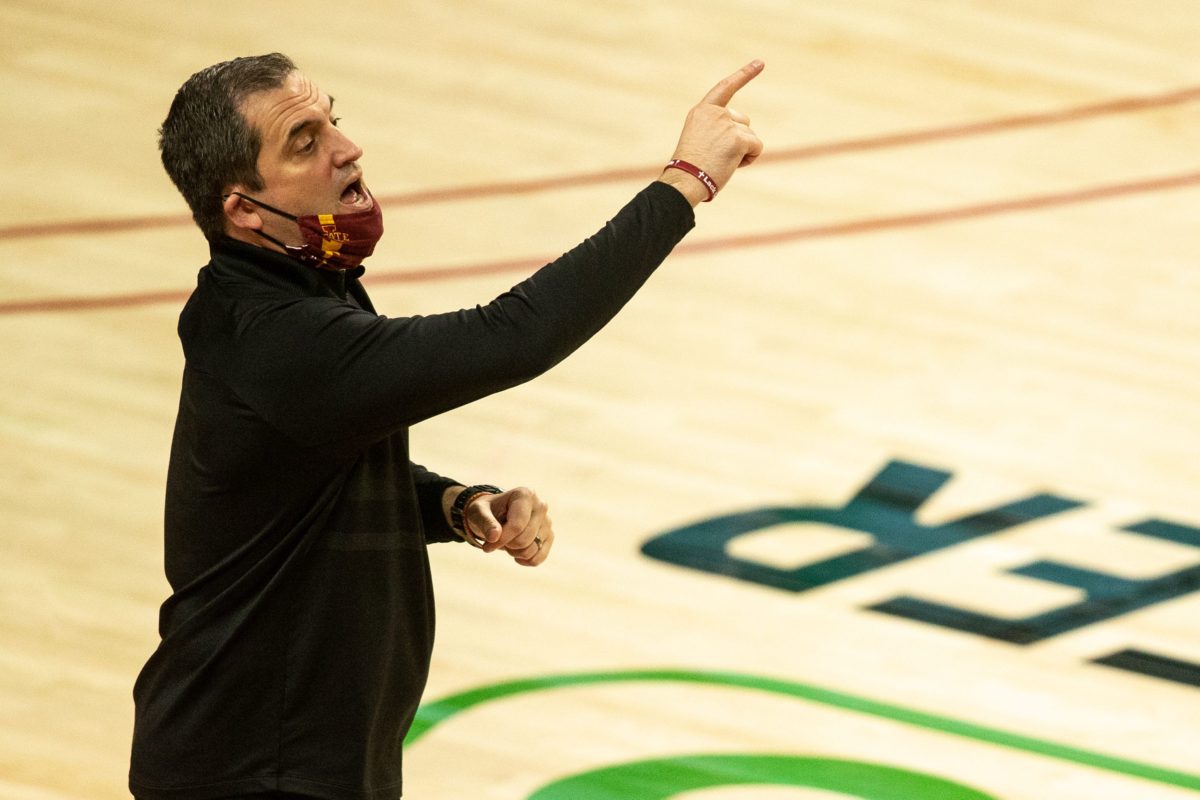 Iowa State Head Coach Steve Prohm calls out to the team during the Iowa State men’s basketball game against Texas on Tuesday, March 2, 2021, at Hilton Coliseum, in Ames.

The Cyclones lost again on Tuesday night. This time to No. 15 Texas, 81-67, in a game that was more or less over pretty shortly after it began. It was Iowa State’s 15th consecutive loss, breaking the school record of 14-straight losses previously held by the 1936-37 team.

It was also the program’s 20th Big 12 loss in a row. I have not done a deep enough dive into the season-by-season results to know for certain whether the 20th consecutive Big 12 loss is a school record, but I am pretty confident it is.

Iowa State finishes the 50th season of games played in Hilton Coliseum with a record of 2-10, which matches the worst record this building has ever seen for its home team.

“It’s not acceptable. And we all know that. I know that,” Iowa State head coach Steve Prohm said postgame of the team’s losing. “I’ve been here six years. I know the history of this program as good as anybody. This program has been a part of great NCAA tournament runs. This program has got great guys playing the NBA right now. Former Guys, guys, successful all over the world right now, whether it’s professionally, in business, coaching, done a lot of really, really good things. And, so, yeah, it’s unacceptable.”

Iowa State losing to Texas really should not come as much of a surprise to anyone, especially when you consider that the Cyclones played the game without their best player and point guard, Rasir Bolton, who was in street clothes due to an ankle injury suffered in Saturday’s loss to TCU. Prohm said remains questionable/doubtful for Thursday’s tilt in Lubbock against Texas Tech, too.

Honestly, it was somewhat jarring to see this team dig itself out of an early 8-0 hole to take a 13-11 lead. But Texas then unleashed what more or less amounted to a token full-court trap that ultimately led to 14 turnovers before halftime and spurred a 17-0 Longhorn run.

The run reached 22-2 before Iowa State was somewhat able to right the ship and go into halftime down only 10 points.

But, the damage was done.

“We just didn’t do a great job handling (the press). Really that five, six minutes stretch was the difference in the game,” Prohm said. “That’s the bottom line, you know, we were able to get the game back manageable. And we had a good second half for the most part. But that little run was the difference in the game and credit them. I think when they started pressing and changing defenses, they made us make some more decisions.”

It is difficult to find too many bright spots from this game considering the statistics that surround the program’s overall health at the moment, but junior big man George Conditt continued his run of solid play by scoring a season-high 11 points on 5-of-8 shooting, grabbing five rebounds and blocking one shot.

“Past few games I’ve been picking up my play,” Conditt said. “I just felt really comfortable. Like I said, I had an interview earlier. And they asked a question, you know, what’s going on with you? What’s the difference in you and I started off by saying, ‘Man, I just wanted to apologize, Cyclone nation,’ because I’m not that person that just wants to always sit back or say this isn’t working for me and make excuses for myself and that everyone is against me? Nah, man, you just got put in the work put in the time. And I’ve been doing a lot of that. I’ve been doing a lot of that.”

The only other really cool on-court moment on Tuesday was when senior center Solomon Young fouled out of the game and left the floor at Hilton Coliseum for the final time to a standing ovation from the socially distanced crowd.

Young, who certainly has his limitations as a player and was forced to fill some roles that probably did not best play to his skills at times during his five-year career in Ames, deserved that moment. He has always given this program everything he’s had and was always a good guy in the process.

It is also worth noting he is the first high school player Prohm recruited to Iowa State who played out their entire eligibility for the Cyclones.

“I just went over and just kind of really dapped him up just to make sure he knows I appreciate him and I’ve been with him for five years. I love him. I care about him,” Prohm said of the moment when Young left the floor. “We’ve had a lot of great moments. You know whether it’s championships or tournament wins or great road wins, we’ve had a lot of great moments together. I really appreciate the fans. Obviously, it’s an unusual circumstance of fans this year, but the ones that were here, especially with the season we’re having to be to be very, very generous in their energy and support him when he came out.”

Five years ago when Young arrived on campus, Iowa State had been ranked in the AP Top-25 for 61 consecutive weeks. As he walked off the floor for the final time, the program was faced with falling to 2-19 overall and 0-16 in Big 12 play.

That has very little (if anything) to do with Young or his play because nothing that has put the program in this position is his fault. It is simply a statistic that outlines just how much has changed in the last five years as Young–who is the last bridge to the golden era of Monte Morris, Matt Thomas, Naz Mitrou-Long and Deonte Burton–sees his career coming to a close.

As Prohm said previously, it is unacceptable — and the road to fixing it is one that will be lined with difficult decisions and conversations. Those conversations will be had in the coming days.

Nobody associated with Iowa State could feel good walking out of Hilton Coliseum on Tuesday night, though.

“The bottom line is this program is expected to be in the NCAA Tournament,” Prohm said. “It’s expected to go to Kansas City next weekend, where we’re still defending champs because it got canceled last year. It expects to go down thereand make a great run. It’s expected to be in a tournament, it’s expected to be a tradition rich program with great people and great personnel and, no question, the losing is unacceptable. I understand that more than anybody.”

Now, the Cyclones will be tasked with going on the road twice more as they look to win their first game in an opponent’s arena since Feb. 16, 2019, and their first Big 12 game of the season.

Not even their once seemingly impenetrable basketball fortress could help them this year. 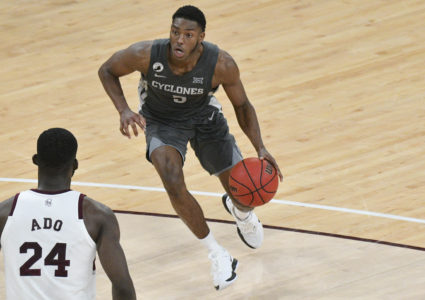