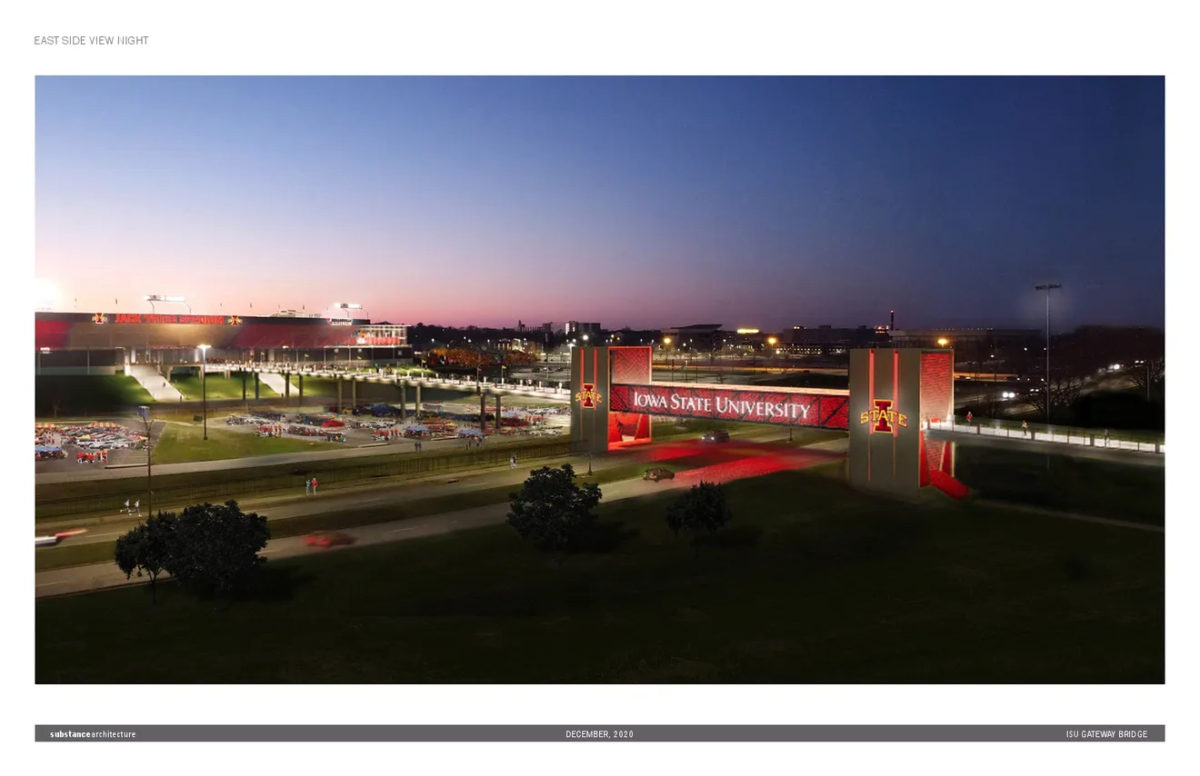 Jamie Pollard and the Iowa State Athletic Department’s dream for a pedestrian bridge over University Boulevard connecting new parking planned for east of the road to Jack Trice Stadium is one step closer to becoming reality.

The project was approved by the Board of Regents’ Property and Facilities Committee on Wednesday, meaning it will now move to the full Board of Regents for final approval to begin construction on the project.

The Gateway Bridge is seen as a key piece of the department’s plans to further renovate Hilton Coliseum, C.Y. Stephens Auditorium, the Scheman Building and the Iowa State Center as a whole, including building an arts and entertainment district in the area that now serves as the RV lots for Cyclone football.

Included in the Gateway Bridge project is a planned parking lot construction east of University Boulevard that will feature 300 RV spaces with electrical hookups.

The bridge will also be key in easing the flow of pedestrians from South 4th Street and South 16th Street to the east side of Jack Trice Stadium.

Pollard and the athletic department hope to have the project completed in time for the 2022 Iowa State football season. It will cost $5 million that Pollard said last month has been completely funded by a pair of unknown private donors. 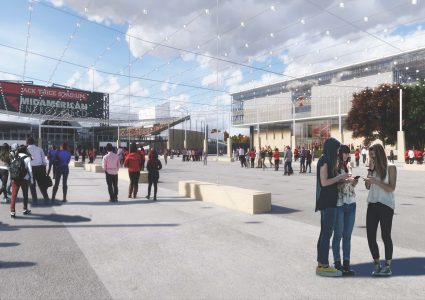 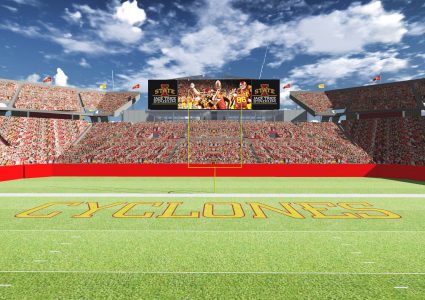