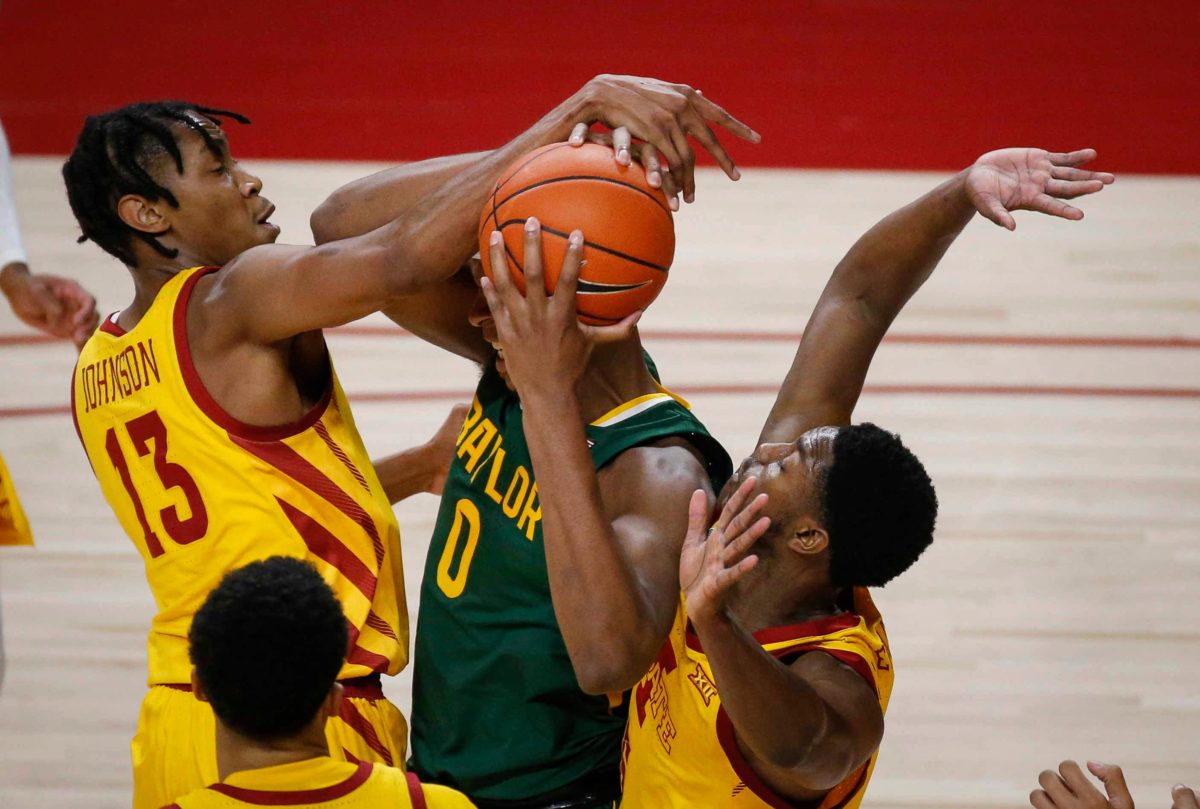 They gelled. They fought. They brought intense energy.

But for Iowa State to have a chance to topple No. 2 Baylor Saturday, the Cyclones needed to play with great precision for 40 minutes — and a handful of lapses doomed them to a 76-65 setback before 1,318 fans at Hilton Coliseum.

“It sucks,” ISU coach Steve Prohm said after his team fell to 2-5 overall and 0-3 in Big 12 play. “It’s about winning. It’s a win-loss business. … It’s good to see us getting better, but we’ve got to break through. I get that. I understand that. We’ve just got to keep getting better and then hopefully thaw wins will come.”

The good news: This version of Iowa State basketball is exceedingly fun to watch. These Cyclones are grinders. Shotmakers. Solid defenders. Sophomore guard Tre Jackson saw his first action after missing the previous six games with a knee injury and played well. He hit the first 3 he attempted and added two assists and two steals.

“It is a blessing to be back out on the court,” said Jackson, who played 36 minutes in his return. “It was hard sitting out for that month. … It was hard not being able to get out there with my guys, so blessed to be back. And when I’m on the court, I want to bring energy like I did today. Sorry we didn’t pull out the win, but I wanted to bring out that energy.”

The bad news: The Cyclones’ margin for error remains razor-thin and the Bears needed just a bit of daylight via a 10-0 second-half run to pull away for a reasonably comfortable win.

The Bears notched their school-record ninth straight win by double digits, but just barely. Baylor had won its previous eight games this season by an average of 33.3 points and a minimum of 23.

“That’s the thing about our team, we fight hard when we want to, really,” Jackson said. “We’ve just got to want to all the time. To fight hard every game and go out there and compete. That’s the main thing.”

Javan Johnson led the Cyclones with 17 points on 7 of 9 shooting — including a 3-for-5 effort from long range. He, like this version of ISU basketball, is fun to watch, plays hard, but makes mistakes. He coughed up six turnovers (albeit two came on charge calls framed by flops).

Solomon Young added 15 points for ISU and Coleman-Lands chipped in 12.

Rasir Bolton played tough basketball while struggling to shoot it. He finished with 14 points on 4 of 13 field goal shooting, but grabbed a team-best eight rebounds while doling out a game-high six assists. He lost five turnovers, but all from effort, and most were late. They were essentially ambitious turnovers. Again, fun to watch. Played hard. He — and this team — is growing.

“He was terrific,” said Prohm, whose team shot 48 percent from the field, but lost 21 turnovers. “The turnovers, again, it was more just the wear and tear that they have on you and you just get fatigued. He lost the ball a couple times (late). … He got to the rim a couple times to where I was like, man, he just needs to go in there and dunk it and finish it. But he got downhill. I thought he was really good in our get action and our ball screen action today, which is one of the ways you’ve really got to attack Baylor. But he was good. Eight rebounds from the point guard position is terrific.”

It won’t get any easier for the Cyclones (nor should it), with a date with No. 8 (and soon to be top-five) Texas looming Tuesday night in Austin. Shaka Smart’s Longhorns lambasted Kansas at Allen Fieldhouse today, 84-59.

“Just got to keep growing,” Prohm said. “We’ve played two top-10 teams to the last media timeout, one at home and on the road. Now we’re going to, probably on Tuesday, will be a top-five team in Texas. That’s the great things about this league.”

Sustained fun will only be had if ISU continues to apply the lessons its learned through its first seven games. So far, the Cyclones have done that. If they continue to do so, they might become fun to watch the rest of the season — and given the youth/newness of this group, it’s unfair to ask for much more than that.

“Proud of the way our guys competed,” Prohm said. “Obviously it didn’t translate into a win, but I thought we continued to grow, without question — understanding game plans, execution. … But I was proud of their effort. Baylor’s as good as advertised on both ends of the floor.”

FOSTER OUT: Xavier Foster (foot) dressed for, but sat out Saturday’s game. Prohm said nothing new has happened to Foster. He just rested in order to get him closer to 100 percent — a spot he hasn’t been at all season. “He’s good,” Prohm said. “Really excited about what he can do as we go forward.”