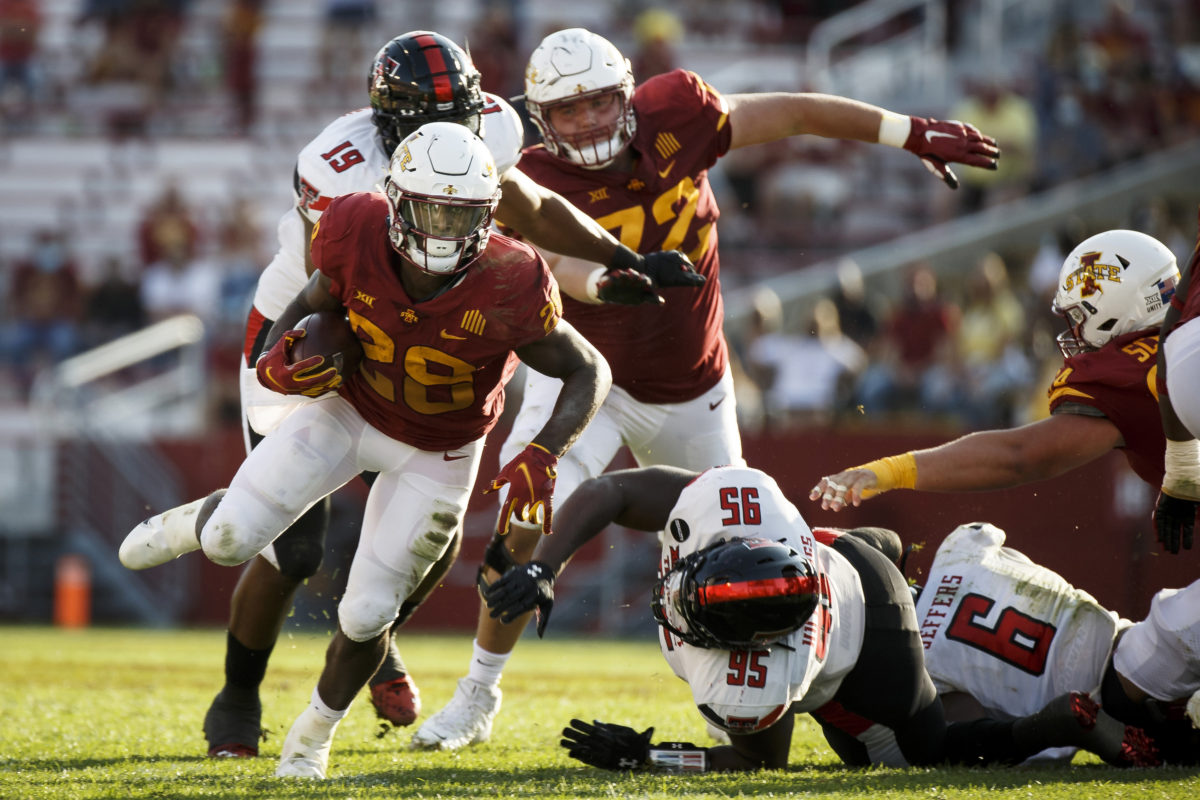 Question: “Breece, are you the best running back in the country?”

Gaudy statistics and voluminous video evidence, of course, back up Hall’s no-nonsense claim. Now the No. 17 Cyclones — beginning with Saturday’s 6 p.m. matchup with Baylor (FS1) — plan to begin crafting their program-wide proof that this can be a November to remember.

But what matters most is the simple fact that ISU (4-2, 4-1 Big 12) has identified — and been challenged to meet — the need to avoid the spate of woulda, coulda, shoulda losses that have dotted November the past three relatively successful seasons.

The Cyclones are 6-6 in November the past three seasons. They’re 13-2 in October in the same span. And while last season’s 23-21 loss at Baylor occurred in late September, it unfolded similarly — either cold start, strong finish, or vice versa — to one of the narrow losses in November endured in recent years.

That game has no bearing on Saturday’s matchup, of course, but in order to avoid an upset against the talented but struggling Bears (1-3, 1-3), that confidence must be unshakeable if a strong finish is to materialize.

“I think in a program like this, that’s hard,” Campbell said of learning to finish with flair on a regular, season after season. “The foundation for a long time has been on the other side of that. It’s about changing the mentality every day about what that looks like and feels like. We can’t go back and say, ‘Hey, this is how we did it then.’ It has to be internal. It has to be purposeful action every day and that purposeful action has to lead into every moment of every game and every opportunity. I think we’re growing in that mentality and we’ll see if we can obtain it by the end of this football season. We’re fortunate to have some really good leadership internally that I think has some of those traits and we’ll just see if that’s something that can grow as the season goes on.”

Baylor won’t be a pushover — even though Vegas has tabbed ISU as a 14-point favorite according to OddsShark.com.

The Bears’ three losses include an overtime setback to a solid West Virginia team, a nine-point loss to Texas and a 10-point defeat at TCU.

All pretty good teams. Baylor stacked up fairly well against all of them — and even against the Cyclones, Campbell said, no matter what oddsmakers may think.

“I’ll be honest with you: I think this is one of the most talented teams we’ve played,” Campbell said. “I think it’s elite skill. …They’re a football team that has got veterans on defense. They’re a group that’s got elite playmakers on offense and a group that’s got a championship-level quarterback (Charlie Brewer). So when I look at Baylor, I look at a championship (caliber) team. So I think we’ll get their best shot. We know that. It’s gonna be a great challenge for our football program come Saturday.”

The other side’s best shots must be met with your own. That’s happened sometimes in November as ISU has threatened to challenge the Big 12 hierarchy, only to fall slightly short.

One thing’s for sure: Hall with provide his best effort.

And here’s another question — this time posed to Campbell.

“Yeah, you’re probably asking the wrong guy just in terms of even having an awareness or understanding of what that means other than do I think Breece is an elite football player?” Campbell said. “I do. Do I think he continue to grow and get better? I do. But those (award-oriented) things are all dictated by people that have a greater understanding than I do of how that all works and what that looks like. I can say this about Breece Hall: There’s nobody else I’d rather play with than Breece. He has been outstanding for our football team and our program.”

That comes from supreme confidence. Elite preparation. Results on the field and a passion rooted in the present, where a “prove it” mentality can morph into a “killer” future — this week and beyond.

“I’m a three-down back,” Hall said when asked to explain why he’s the best nationally at his position. “I don’t ever have to come off the field. I can catch, I can block and obviously I can run the ball (well). I have the ability to break tackles and make something out of nothing. I feel like that makes me different from a lot of other guys. There’s a lot of great running backs in the country. You’ve got Najee Harris (Alabama). You’ve got Pooka Williams (Kansas), before he opted out. Chubba Hubbard (of Oklahoma State). Zamir White of Georgia. A lot of those guys like that. No disrespect to them. Those guys are great, like Najee Harris, he’s a beast, but just right now, I feel like I’m the best back in college football and I feel like I’ve just been showing that week in and week out.”

Every week. Every series. Every carry. Consistency remains key to carving out a “killer instinct” and the Cyclones are on the cusp of seeing if they’ve developed that quality to the extent required to play at a championship level.

“I think it takes time, tradition and leadership,” Campbell said. “It takes all of those things to continue to hold a standard of excellence through the entirety of a season. I think it’s achievable and it’s something we won’t quit working toward.”