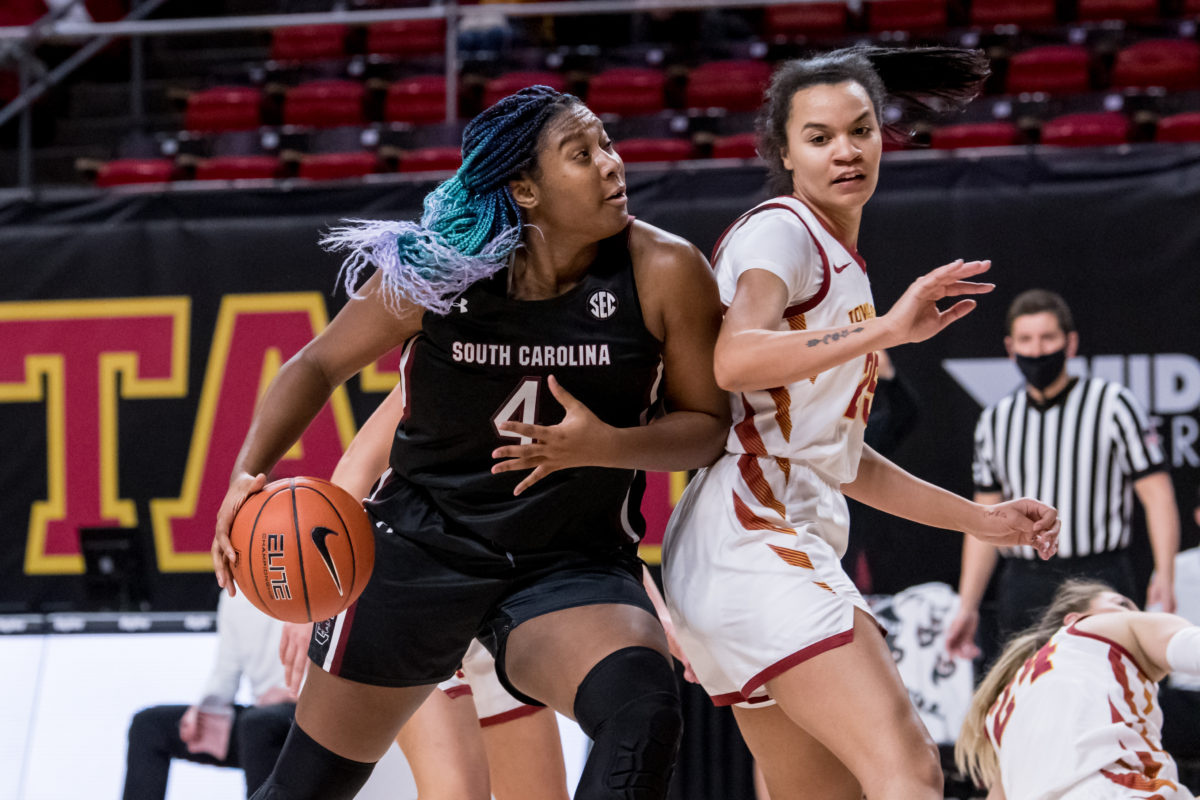 Iowa State hoped to start Sunday’s game against the No. 1 South Carolina Gamecocks the same way they started their game against TCU last week. Against the Horned Frogs, the No. 23 Cyclones came out of the gates with a 10-0 run and shot 61% in the first half; they ran away with the victory before TCU could even think about getting back in the game.

“Basketball is a make shot – miss shot game, and when they shoot it like that and we shoot it like we’re shooting it, we have no chance,” Iowa State coach Bill Fennelly said. “Hopefully, we learn from it.”

The Cyclones had a long day from a shooting perspective – something they had hoped to capitalize on going into the game.

In the first half the team connected on its first three-ball but then missed its next 10. The Cyclones ended the day just 5-27 from downtown.

“Actually, I thought we should have shot more, to be honest,” Fennelly said. “But again, when you’re not making them, then you get hesitant and you think maybe we’ll drive it this time.”

Joens said that that’s what had sparked the Cyclones’ electric performance in Fort Worth. They made a few shots and fed off of each other’s energy and momentum. More makes bring more makes.

“Anything you do in life, when it gets between your ears that you’re not doing the things that you think you can do, you go away from it rather than work through it,” Fennelly said. “I’ve got to do a better job of coaching to get them to understand that.”

That’s something younger teams are going to go through, too.

“Our shooting is a concern. I think we have kids that can make shots, but we’re just not doing that right now. We have a lack of inside presence – so that shot has got to go down for us.”

It seems like the only player that is seeing her shots go down so far is junior Ashley Joens.

The Cyclone star has started the season with three 30-point games in four starts, including on Sunday against the Gamecocks.

“I would say if there’s a better player in the country, someone better call me and tell me,” Fennelly said. “If you look at what she’s doing, in a non-conference game against the No. 1 team in the country. I mean look at the athleticism and defensive intensity of that team.”

To no one’s surprise, Joens responded with a simple message.

There’s no time to gloat. In Joens’ mind, she wants, and needs, to get better.

“That means a lot that he says that,” Joens said. “It’s something I don’t really think about a whole lot, I guess. He’ll say (stuff like that) sometimes, but I just know I have to keep on getting better. There’s better players out there that are going to keep working hard and keep practicing, so I’ve just got to be able to match that and keep competing as well.

Joens isn’t averaging in the double digits in rebounds like she did a season ago, and that may be, in part, due to Kristin Scott being healthy.

But Joens needs some help on the offensive end.

“She’s kind of doing it on her own,” Fennnelly said. “She’s not getting a ton of help, but I think she’s playing at an unbelievable level. She’s showing a lot of patience, not getting overly worked up about how the game is going. If we can make some three’s and spread the court for her a little bit, I think she can even be more efficient.”

With some more balanced scoring, the Cyclones could really take a leap forward.

“South Carolina being ranked number one was a big opportunity, but it’s something where we can evaluate it after the game and use it to improve,” Joens said. “We’re going to see a lot of really good teams all year. I think this is a good start and we just have to learn from it and keep on playing.”

The Cyclones have another test coming in three days when they play for a Cy-Hawk win in Iowa City. 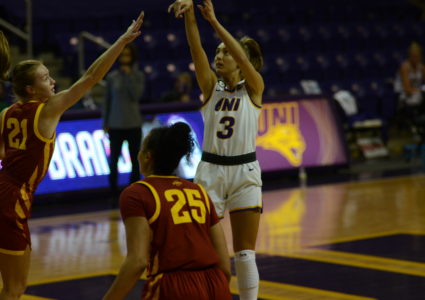