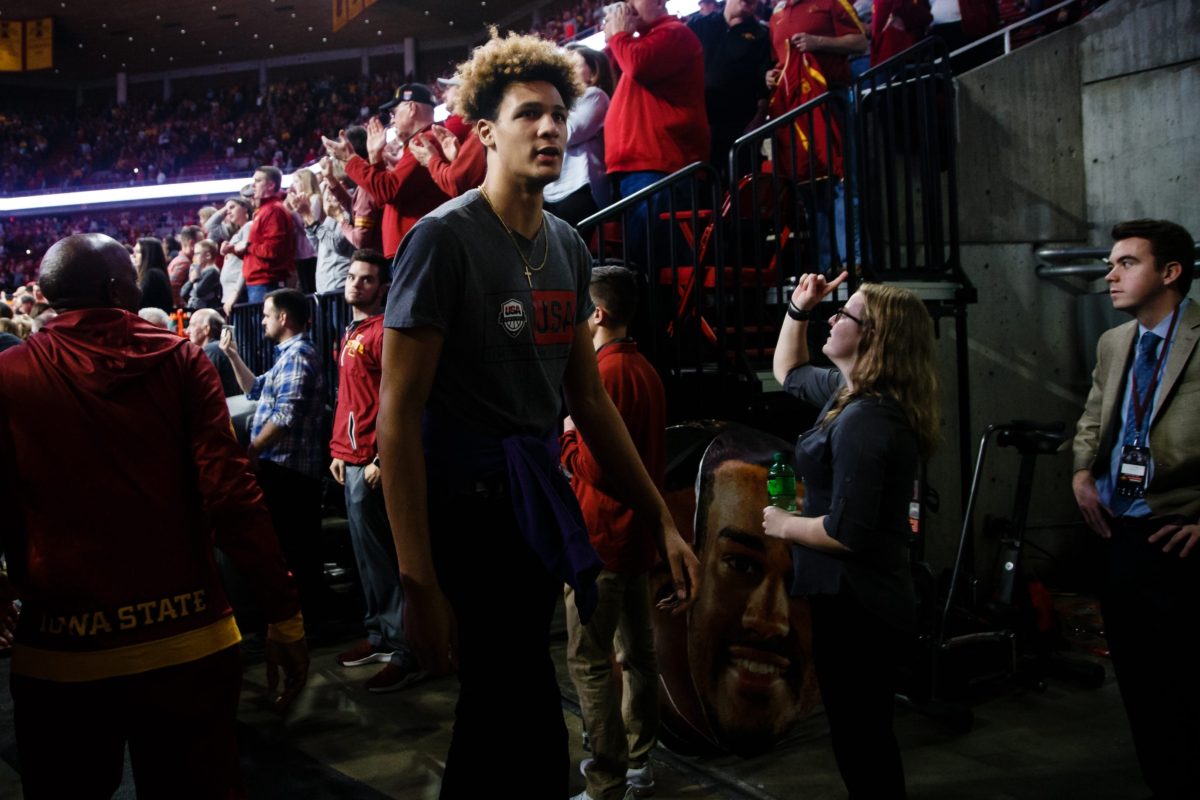 Basketball recruit Xavier Foster walks into the tunnel after the second half of the Iowa State game on Saturday, Jan. 5, 2019, in Ames. Iowa State would go on to beat Kansas 77-60.

There is one question I am asked more about this year’s Iowa State men’s basketball team than any other. Okay, there is one, but we’re excluding the general, ‘Will the team be better this season?’ from this particular conversation.

Anytime I run into a Cyclone fan and the conversation turns to Steve Prohm’s 2020-21 team, the discussion eventually will turn to one particular player.

What can we expect to see from Xavier Foster this season?

The question is an understandable one to ask. The Oskaloosa native is only the fourth player from the state of Iowa to sign with the program since 2007, and the first since Brady Ernst joined the 2015 class late in the process after Prohm was hired in Ames.

The 7-foot, 225-pound four-star is far and away the most highly-rated player of that quartet and only a handful of in-state players in recent memory were as closely watched during their entire high school careers. Foster finished his with 1,242 points, 795 rebounds, 390 blocked shots and one Class 3A state title for a program many would not consider to be among the state’s powerhouses.

His size, athleticism and skillset are tantalizing. They have been ever since he burst on to the scene prior to his freshman season and it makes the question an understandable one to ask.

What can we expect from Xavier Foster in his first season at Iowa State?

“I think he’s shown glimpses of what he can do. He can protect the rim. He’s got a good skillset. He’s got great size,” Prohm said during the program’s media day Zoom last week. “He’s just got to continue to get adjusted to this level, the physical play at this level, the every day approach at this level from class to nutrition to getting rest to film to getting extra shots and then you have regular practice as well. It’s just kind of what it’s like at this level for the guys who have been really successful. I love his upside. I think when he figures it out, just like with all big kids who have great ability, man, it could happen quick and the light can flip on.”

The unfortunate reality of the 2020-21 men’s basketball season is all freshmen will be starting behind the eight-ball. There were no traditional summer workouts, there was no YMCA Capital City League or open gym scrimmages with your veteran teammates.

Any banging around down low Foster did before the start of official practice a few weeks ago would have been with George Conditt or Solomon Young in small group workouts. He has certainly been able to experience that physicality now as he’s been in and out of practice for the Cyclones while dealing with a concussion, but the hope was he’d be able to return to full go late last week or early this week.

The loss of those reps is huge for any player making the jump from high school to college, but it is especially big for a player like Foster. Making the transition to college can be difficult for any player and they all adjust to the speed and physicality of the game at their own pace.

It can be easier for guards, but playing in the post in the Big 12 is a grown man’s task, unless you’re a physical freak along the lines of Joel Embiid or Mo Bamba. Conditt, the only remaining member of Iowa State’s 2018 recruiting class, is a perfect example of this fact.

That highly-touted class’ legacy will be defined by three players who have made an impact on the floor for the Cyclones. Two of them, the class’ pair of guards Talen Horton-Tucker and Tyrese Haliburton, left college before exhausting their eligibility.

Horton-Tucker just won an NBA championship ring while on a two-way contract with the Los Angeles Lakers. Haliburton will be a lottery pick in next week’s NBA Draft.

Meanwhile, Conditt is still working his way towards being the best collegiate version of himself. There have certainly been flashes of how good he can be, but there have also been downturns in his production for prolonged stretches of time, best exemplified by his struggles after the Big 12 season hit its stride last year.

“He’s got a he’s got to commit to taking the next step, and you commit to take the next step, like I said, just like all the other guys did before,” Prohm said of Conditt, who is expected to be one of the program’s top big men alongside senior Solomon Young this winter. “You get in the gym, you put the time in, you do it right off the floor, nutrition, eating, film, and then you get in the gym and you work outside of what we do. I used the Seton Hall reference from last year somebody was watching it. He had 17 points six rebounds six blocks. I think George’s first and foremost thought process is how do I change the game defensively. How do I be a great, great rim protector and not give anybody easy shots at the rim. But if he ran the rim every time, that’s four, six points, easy. If he goes and crashes the glass and gets two offensive, three offensive rebounds a game, you’re going to put one put back so now we’ve already got him to six to eight points from that standpoint. And then if I’m a big guy, what’s that what’s better than playing in some system where you’re four out one in and you’ve got shooters around you and spacing so you’re one on one in the post?”

Conditt’s trajectory during his first two years in the program is something worth noting when you consider what should be expected of Foster this season. They are both built more or less the same way, although Foster arrived on campus with about 12 more pounds on his two-inches taller frame than Conditt did in the summer of 2018.

Foster brings an ability to shoot the basketball with range that Conditt has not shown the ability to possess, but there are not many 7-footers who spend their time around the perimeter on every possession in the Big 12.

Foster’s impact on Iowa State this winter will come down to what he can do near the basket and in the paint. How quickly he is able to make an adjustment to the level of play, physicality and effort needed down there will dictate how many minutes he’s able to take away from Young and Conditt.

“We’ve got to be patient, we’ve got to continue to spend time with them and then we’ve got to continue let them grow and they’re all going to do it at their own at their own pace,” Prohm said of his freshmen. “That’s the one thing that we got to make sure we do a good job stressing to these guys is, you know, Horton-Tucker left as a freshman and you know Haliburton left as a sophomore and you can go down the line right there but everybody’s path is different. Monte Morris played here for years, and he’s the best backup point guard in the NBA right now, probably could start on several teams. Georges Niang played here four years. Matt Thomas four years, Naz Long, five years. Everybody has their own path. Some guys, it may happen quick and some guys can you, ‘Hang, hang, hang, persevere?’ Okay, and then get through the tough moments, and you still may have everything you want at the end of the day. I think that’s really big for guys to understand that everybody’s path is different just put in the work, do your job every day and good things will happen if you do it the right way.”

What can we expect from Foster this winter?

That depends on how fast the light switch flips and the path he chooses to take. 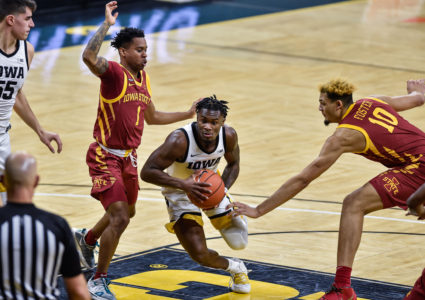