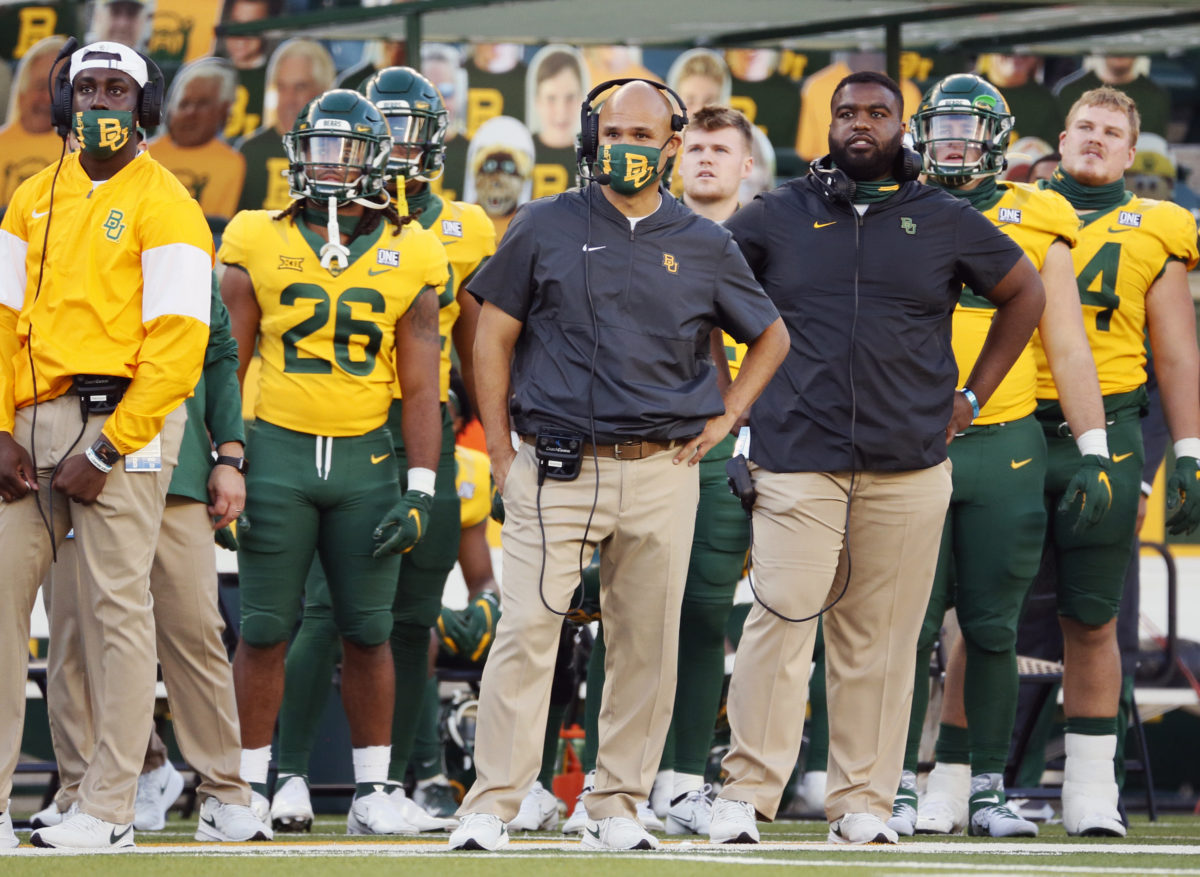 If Dave Aranda knows one thing, it is defense.

Baylor’s first-year head coach has been considered one of college football’s best defensive minds for nearly a decade. In each of his three years as the defensive coordinator at Wisconsin, the Badgers ranked in the top-10 nationally in total defense.

He turned that success into becoming one of the nation’s highest-paid coordinators, and a long sought after head coaching candidate, at LSU, where the results largely followed with two defenses ranking in the top-15 nationally.

That’s why it is interesting to hear Aranda break down the Iowa State defensive scheme like he did on Monday prior to bringing his Bears team to Ames to take on the Cyclones in a 6 p.m. kick at Jack Trice Stadium.

“They make everything look the same,” Aranda said of Jon Heacock’s unit. “To back up though even further, the general defense structurally is a front line, your second level and then your DBs way back there. What offenses have done with RPOs, play-action pass, they affect that second level where it works up to the first level and then there’s space between the linebackers and DBs to throw the ball. What (Iowa State has) done is they’ve created another level. They’ve got their front, they’ve got their linebackers and then they create another level in between the linebacker level and the DB level where a lot of those routes come into play.”

Since switching to its current defensive system in 2017, Iowa State has ranked in the Big 12’s top-five in total defense and scoring defense each season. That trend has continued this year with the Cyclones fielding the league’s No. 4 total defense and scoring defense (which is somewhat skewed by the number of non-offensive touchdowns the team has allowed, but that’s another point).

The improvement of that unit is not possible without great players, which the Cyclones certainly have at nearly every level in 2020. From Greg Eisworth to Mike Rose to JaQuan Bailey, Iowa State presents challenges based purely on personnel from week-to-week.

But, as Aranda mentioned, the thing that really sets the defense apart is the presence of that third safety between the linebackers and defensive backs. That role was previously filled by Eisworth, but redshirt freshman Isheem Young has emerged there this year and done so at a high-level by recording 27 tackles, one tackle for loss, an interception and a forced fumble.

“I think they also have the ability in the run game to get that other level guy to be unaccounted for in the run game,” Aranda said. “If you do account for him, you’ve got to be concerned about edge pressure and all this other stuff coming off the side. It’s a great setup.”

To put it simply, while Iowa State’s scheme in 2017 was what really gave opposing offenses trouble, it has been the growth of players in the system and the recruiting to specific roles that has allowed it to achieve sustained success.

All these factors have made Aranda and his offensive staff well aware of the challenge facing the Bears’ offense, which ranks eighth in the Big 12 in scoring, ninth in total offense and passing offense and 10th in rushing offense, on Saturday in Ames.

“I have a lot of respect for their coaches on that side of the ball. They’ve got really great players, too,” Aranda said. “There’s a physicality and a team buy in there that you can just see. It really screams off the tape. It will be a challenge for us. There’s been some really competitive games in the past between the two schools. I know that just being around our offensive guys, they’re excited about the challenge.” 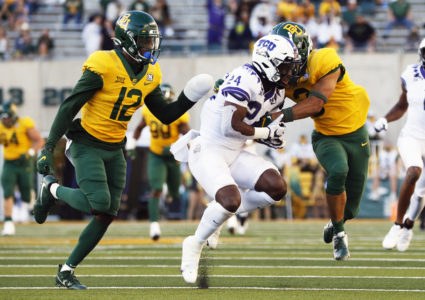 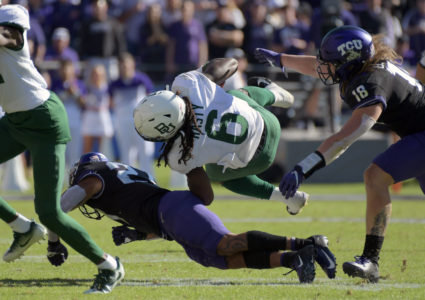