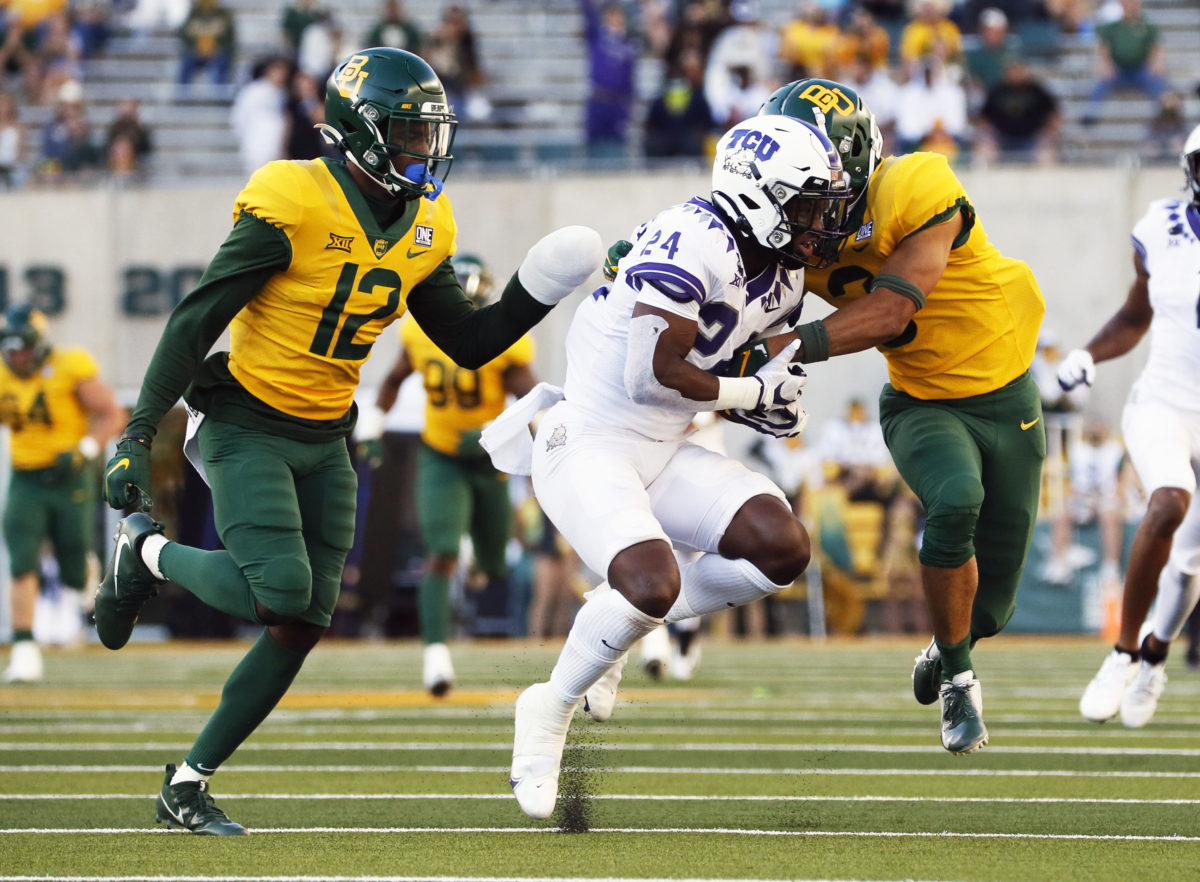 Iowa State football has an identity — and the Big 12 is taking notice.

It would have been hard to fathom writing that sentence five or six years ago at this time. The Cyclones were searching for something, anything to hang their hat on offensively, but it was a quest that felt more like looking for water in the Sahara than anything else.

That has changed during the Matt Campbell era, albeit somewhat gradually.

The Cyclones have a clear identity in 2020 built on running the football, playing good defense and trying to be more physical than the other team. They’ve largely been successful at it to the tune of the league’s best rushing offense at 200.7 yards per game and Breece Hall pushing his way into the Heisman Trophy conversation as one of the nation’s best running backs.

Add that to a Brock Purdy led passing-attack bolstered by a trio of tight ends among the best in college football and you have a recipe for success. Plus, a major challenge for any defense tasked with trying to stop them.

This week, that task falls on Dave Aranda’s Baylor Bears, and a defense that ranks ninth in the Big 12 in rushing defense, when they visit Jack Trice Stadium for a 6 p.m. kick on FS1.

“They’re impressive to look at. I’m impressed with their offense,” Aranda said on Monday. “I see the length on the perimeter. I see the physicality up front. I see a team that knows who they are. We’ve talked about identity. This team’s got a really strong identity.”

Creating that identity obviously has many factors that have been developed over the entirety of Campbell’s tenure in Ames.

The first piece of the puzzle was rebuilding a nearly non-existent tight ends room upon his arrival. Enter Chase Allen and Dylan Soehner in Campbell’s first recruiting class plus All-American Charlie Kolar the following year.

You can couple that with the need for depth along the offensive line, which has been shown this season with three of the team’s original starters along the front having been out for extended periods of time and two redshirt freshmen now playing on the right side.

Next, the staff needed a quarterback capable of handling the program’s offense built on RPOs and power runs. Safe to say Purdy has answered the call when you consider he holds or shares 23 program single-game, single-season and career records — and he will add one more outright when he throws his next touchdown pass (the 51st of his career, and the most in program history) and scores his next rushing touchdown (the 17th of his career, tying the program career record by a quarterback).

The last major piece of the puzzle was adding dynamic playmakers on the edge. That’s where someone like Xavier Hutchinson comes into play as he’s caught 33 passes for 384 yards and three touchdowns, all team highs.

It also helps when you can add a dynamic running back like Hall, who currently sits No. 1 nationally in averaging 150.2 rushing yards per game to go along with his 11 scores on the ground. Add in redshirt senior Kene Nwangwu having a career year with 168 yards and three touchdowns on 21 carries and you have one of the league’s best tailback tandems.

Piece them all together and you end up with an offensive identity that forces opposing defensive coordinators to lose sleep at night, especially when they start looking for weaknesses to attack.

“It’s a good lesson, in that when you know who you are and when you play to your strengths, sometimes that’s so big that you can’t even see the weaknesses,” Aranda said. “I think they’re a good illustration of it. They’re a big stretch team, big shift and motion team. The A, B, C, D, E, F gaps, they’re all going to have to be accounted for. There is quite a bit of work on just getting lined up and making sure their eyes are on the right stuff. In the past, having played teams similar to them, there’s a certain style that you have to play of setting edges, defending the run, kind of mindset, hardhat. We invite it.” 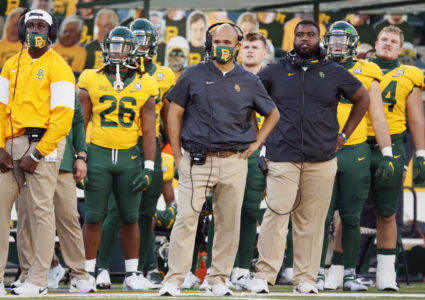 Aranda on Iowa State’s defense: “They make everything look the same.”