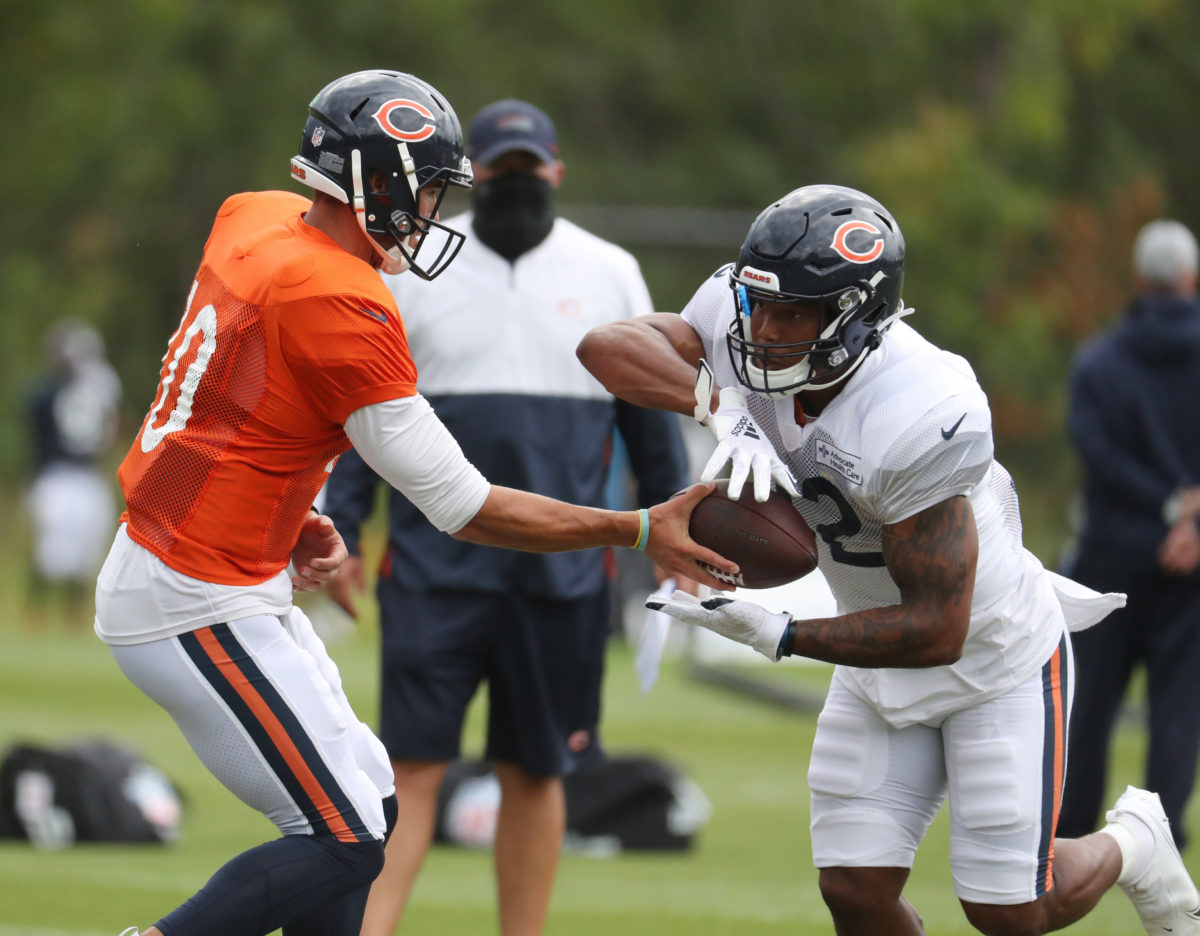 Former Iowa State star David Montgomery left Wednesday’s Chicago Bears practice with a non-contact injury to his left leg, according to multiple reports from media members who were in attendance.

According to Brad Briggs of the Chicago Tribune, Bears running backs were taking handoffs from quarterbacks and making one-cut moves and heading upfield when Montgomery took a handoff from Mitch Trubisky, went to his left then fell to the turf upon trying to cut upfield. He walked off the field favoring his left leg then was ultimately carted off the field in what several reporters described as “serious pain.”

After practice, Bears head coach Matt Nagy said Montgomery has been diagnosed with a groin strain along disputing the reports that he was carted off the field and that the second-year tailback left the field on his own, according to a report from ESPN’s Adam Schefter.

Montgomery has been expected to be a major piece of the Bears’ offense during his second season with the franchise. Last season, the Cincinnati native ran for 889 yards and six touchdowns on 242 carries as a rookie plus added 25 catches for 185 yards and a score.

Montgomery was selected in the third round of the 2019 NFL Draft by the Bears after a three-year collegiate career that saw him leave Ames as one of the program’s most prolific playmakers in school history, and a major piece of the Iowa State football resurgence over the past four years. He left school having recorded 2,925 yards rushing in his career plus 26 rushing touchdowns and 3,507 yards from scrimmage, all of which rank among the top-10 in school history.

Writer’s note: This story was updated roughly half an hour after its original publishing to include Nagy’s comments after practice.