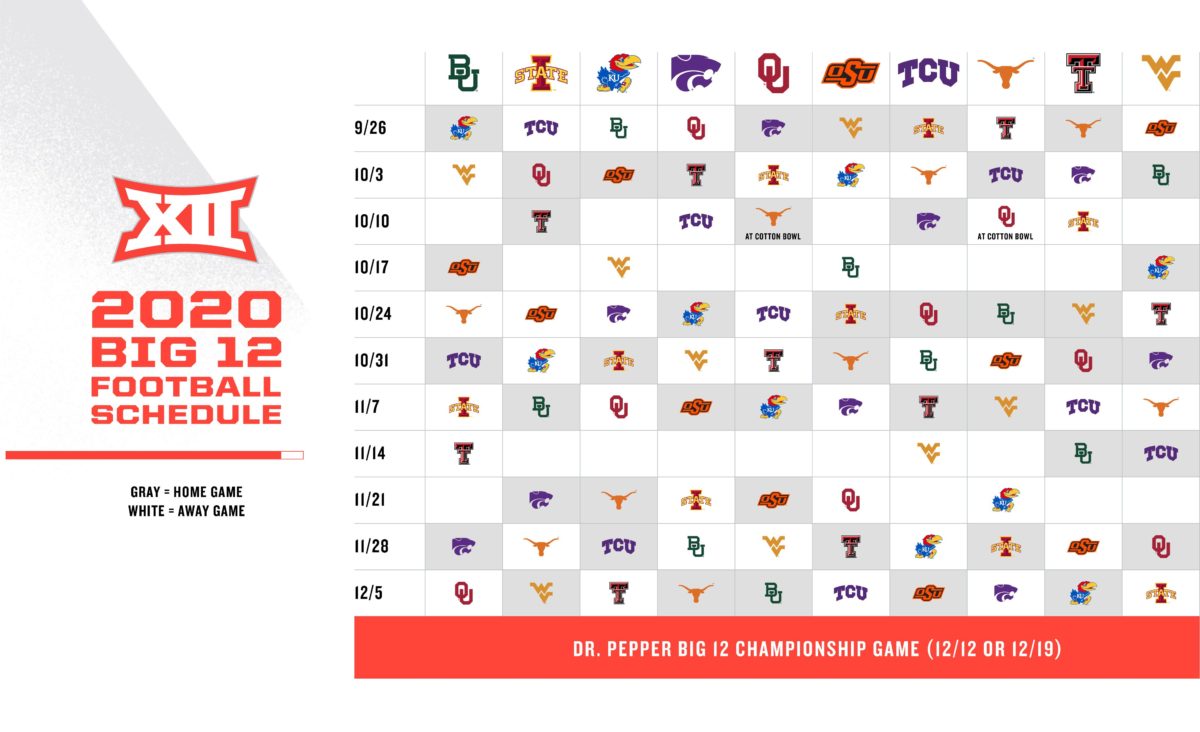 The Big 12 has released its revised conference football schedule ahead of Bob Bowlsby’s teleconference with the media at 11 a.m. central time.

All 10 teams in the league will open their league slate on Sept. 26. Iowa State will make a road trip to Fort Worth to take on TCU to begin Big 12 play.

The Cyclones will follow that up with back-to-back home games against Oklahoma and Texas Tech before a bye week on Oct. 17.

Consecutive road trips to Oklahoma State and Kansas will follow the first bye week before rounding out the three game pod with a home contest against Baylor prior to another bye on Nov. 14.

The schedule with conclude with Kansas State visiting Jack Trice Stadium on Nov. 21 before traveling to Texas on Nov. 28 and a home game with West Virginia to conclude the season on Dec. 5.

The Big 12 Championship Game is currently scheduled for Dec. 12 but the schedule leaves the flexibility to move the game to Dec. 19 if necessary.

You can see the full league schedule above.