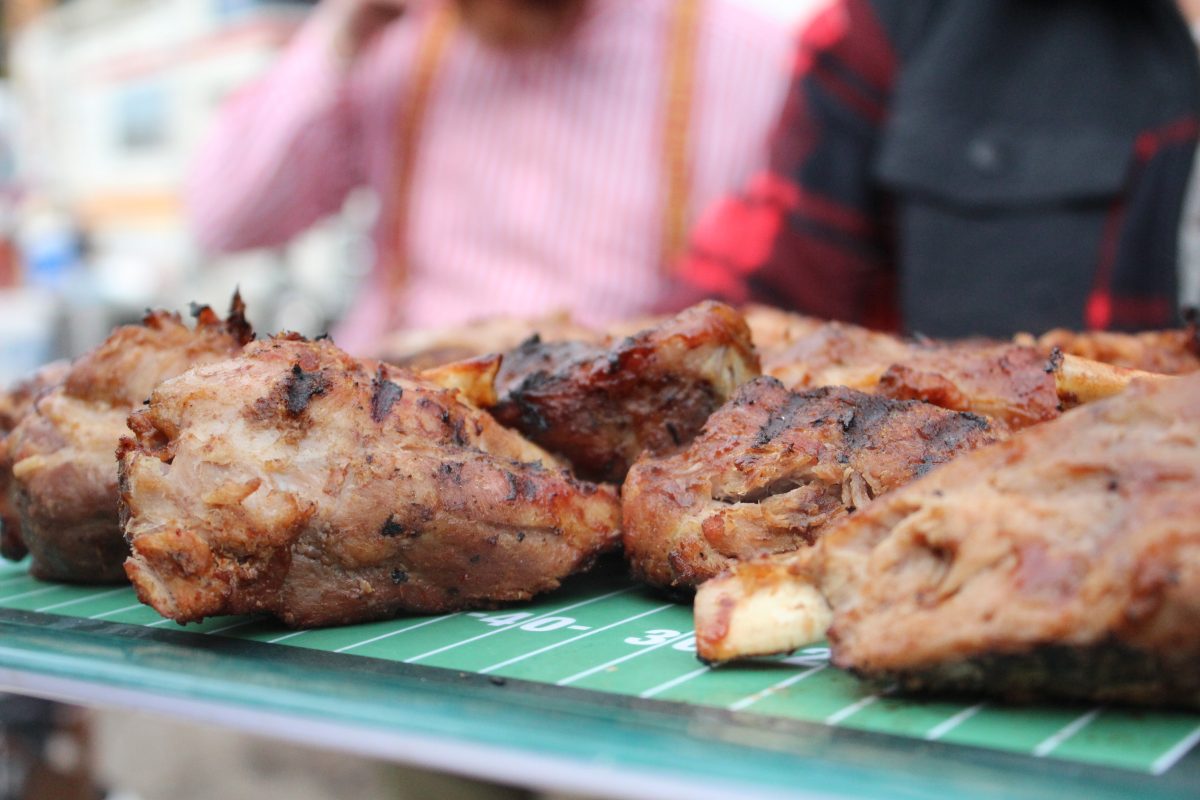 Before we get started, let’s just lay a couple of ground rules.

Rule #1: We are operating under the assumption that there will be a college football season this fall in which Iowa State plays because we are glass half full type of women.

Rule #2: Even though we’re going all-in on the glass half full attitude (see Rule #1), we’re also realists. And the reality is that even if we get fans in the stands come September, it’s not going to be at full JTS capacity.

Rule #3: Because of this reality (see Rule #2), tailgating in the lots just isn’t going be the norm for most of us, if it’s allowed at all—no matter how much our glass half full selves try to will it otherwise.

So that’s why we’re here—to help make the most of what will likely be a season of tailgating primarily at home.

Together we compiled a list of five foods and drinks for each potential kickoff time, but here’s the kicker: each of our selections has an at-home twist. Whether it’s something you might not be able to transport to the lots or just a fancier take on a classic, we hope our picks remedy your at-home tailgate blues this fall.

1- Breakfast Totchos (tater tot nachos, guys!)
These can be as basic (tater tots, eggs, cheese and bacon) or as intense as you please (add sausage, avocado, green onions, olives, salsa, or tomatoes).

2 – Praline Bacon
Alisa had this bacon every Sunday morning at a place called Elizabeth’s when she lived in New Orleans.
https://www.fifteenspatulas.com/praline-bacon/

3 – Croissant Breakfast Sammies
Like an Egg McMuffin, but fancy.
https://www.lecremedelacrumb.com/baked-croissant-breakfast-sandwiches/

4 – Pancake Cupcakes
Pancakes are really just flat cakes for breakfast anyway, so let’s just call a spade a spade and really go for it.
https://www.bettycrocker.com/recipes/bacon-pancake-cupcakes/cb0d2207-3278-4ced-8b75-2db418ca3667

5 – Mimosa and Bloody Mary Bar
For the mimosas, don’t stick to the traditional orange juice mixer. Get some grapefruit and mango too. And if you want to look like the #moneybags of the group (listen to Episode 24 of the Title IX podcast for reference), add some rock candy sticks for stirring!

Steph here. For the Bloody Mary base, I’m going to share a secret family recipe with you all. Except it’s not my family’s. It’s my sister’s boyfriend’s dad’s recipe (thanks, Nelson family!) and it’s the best I’ve ever had.

Get a big jug of Clamato. Pour out half. Then fill it back up nearly to the top with Zing Zang Bloody Mary Mix. Add ½ cup of pickle juice, ½ cup olive juice and a dash of steak sauce.

Don’t forget the cheese, olive, and pickle skewers for stirring.

2 – Pulled Pork Nachos
If you’re ambitious like Alisa, smoke your own pork. Or you can pick some up at your favorite local BBQ joint.

Nachos require more finesse than just throwing things on a plate. Here’s how Steph does it:

3 – Fried Pickles
These require no introduction.

5 – Soft Pretzel Bar
If you want to go all out, you could make homemade soft pretzels from scratch. But we suggest buying a few boxes of the frozen Auntie Anne’s soft pretzels (and passing them off as your own) instead. Then set out some dipping sauces like beer cheese, mustard, and cinnamon sweet cream.
https://www.rudisbakery.com/recipes/organic/three-easy-dipping-sauces-for-soft-pretzels/

Preheat oven to 350 degrees. In a stand mixer, cream together sugars and butter.

Add egg and egg yolk followed by the vanilla and beat until well combined.  Scrape downsides of the bowl with a rubber spatula if necessary.
In a separate bowl, combine flour, baking soda, salt and cream of tartar.
With the mixer on low speed, add flour mixture to sugar/butter mixture. Scrape down the sides of the bowl to make sure all ingredients are well combined. Add chocolate chips and bacon and mix until just combined. Don’t overmix this dough!

Using a small cookie scoop, scoop balls of dough onto a cookie sheet. Bake for 8-10 minutes. Allow cookies to cool for a few minutes before transferring to a wire rack.

5 – Vermontucky Lemonade
Steph here again. I love whiskey and bourbon, so I drank this *a lot* this summer (and lemonade in the jug works just fine!).
https://smittenkitchen.com/2011/05/vermontucky-lemonade/