Iowa State has added a legacy prospect to its 2021 recruiting class.

Petersen is considered a two-star prospect and the No. 22 player in the state of Iowa by 247Composite. Iowa State was his lone scholarship offer, which was extended to him last November.

Last year for the Lancers, Petersen recorded 41 tackles, 37 of them solo stops, with four tackles for loss and a sack.

This is Iowa State’s 16th known commitment in the 2021 recruiting cycle, and the fourth commit from the state of Iowa. 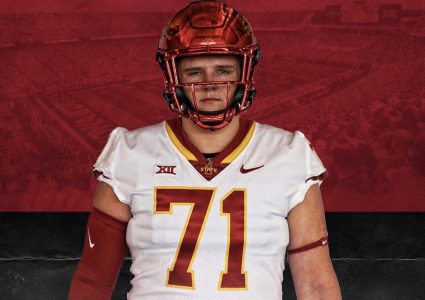