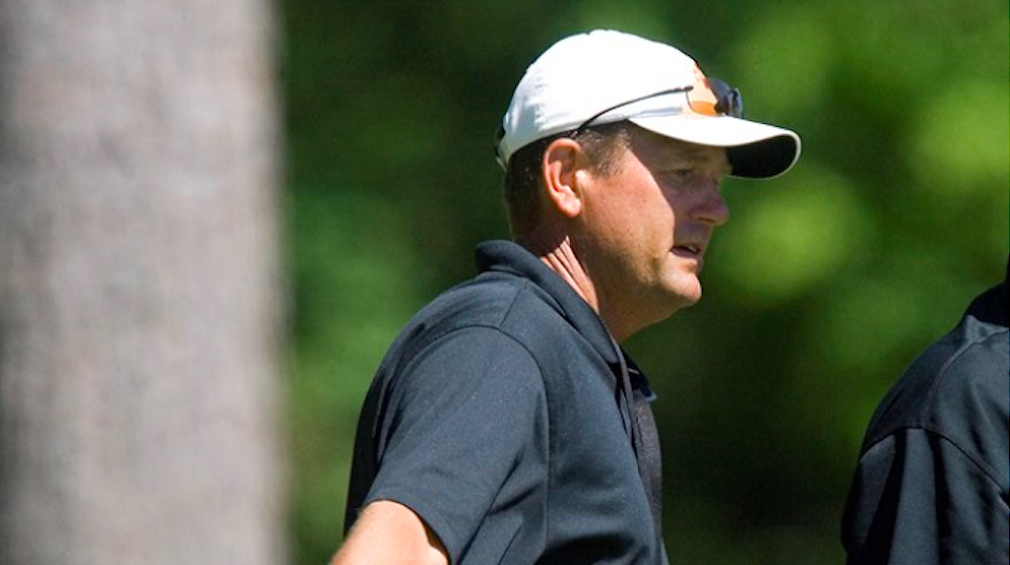 I want to tell you about my cousin — well, my second cousin that is.

He has won two Iowa PGA Professional championships and is a five-time PGA Iowa Section player of the year. He has never played in a major championship, but that will change later this year.

On Monday, it was announced Gibb, who played for Iowa State from 1987-92 and played in two NCAA Regionals during his career in Ames, has qualified for the PGA Championship, Aug. 6-9 at TPC Harding Park in San Francisco.

He will be the sixth former Cyclone, and first since Scott Fernandez in 2016, to tee off in a major championship.

“It’s somewhat complicated this year, but every year we have a club pro championship,” Gibb, who lives in Fort Dodge, told me on the phone on Wednesday. “There’s 41 sections in the PGA of America. Every section gets so many qualifiers. We have a section championship in Iowa and somewhere between four and six guys get to go to the national championship. In that tournament, the low 20 players get to advance to the PGA. This year, it was supposed to be held the last week of April down in Austin, Texas at Barton Creek. They postponed it.”

“When they said they postponed it, and because the PGA was going to be in May at that time, (they said) we’re going to go with the guys who are in the top-20 of our national points list. When that happened, it was kind of funny, one of my buddies who was going to play in it also, he said, ‘Well, that’s too bad neither of us are in the top-20.’ I said, ‘Yeah, that’s too bad.’ Now I’d had a very good year last year in the tournaments that count, but I didn’t play in the winter or any of those events. I just happened to think a couple hours later, I thought maybe Sean McCarty from Iowa City had to be close, so I looked at the list, and heck, I was 17th.”

After the PGA Championship was postponed from its initial date in May, it was announced the qualifying system would revert to its standard protocol and the top-20 players at the PGA Professional Championship would earn spots in the PGA Championship. But, then COVID-19 started to surge again in Texas, and that tournament was cancelled completely, meaning they would be going back to the 2019 points list.

So, yeah, Gibb, who was 17th on the PGA Club Pros point list, will be teeing it off in the PGA Championship later this year. Regardless of the circumstances it required to get there, that is pretty dang cool.

“It’s a strange feeling,” Gibb said. “I was playing really well last year and not that I’m not playing well now, but not as well as last year. It’s weird to make it on a points list, but I didn’t even know I waist the top-20 until I checked. I knew I was high on the senior points, but, heck, I’ll take it. I’m not going to complain or give it back. I’m certainly looking forward to it. It’s going to be strange, because if I get through that protocol for testing for the virus, there’s not going to be any fans there, so, unfortunately, (his wife) Mary, (daughter) Lauren and (son) Andrew won’t be there.”

Gibb was originally planning to have Andrew be his caddy for the tournament, but he will be preparing to start his sophomore year playing basketball at Presentation College in Aberdeen, S.D. in August.

While the story of following your Dad on the course at a major championship from more than a thousand miles away might not be as good as following him around as his caddy, I’m sure Andrew will be content just seeing his Dad get to compete on one of golf’s highest stages.

“It isn’t a very big list (of former Cyclones to play in majors), which is interesting. Jason Knutzon, and I know Jason very well, he played in the US Open, then Scott Fernandez, who I don’t know very well, but I’ve certainly followed his career, played int he British Open and certainly played very well. John Benda played in the British Open,” Gibb said. “Those guys are great players. Certainly had better collegiate careers than I did and better professional careers.”

“To put my name on a list with those guys is unbelievable. I guess I’ll be the name where people go, ‘Who the hell is that guy?'” 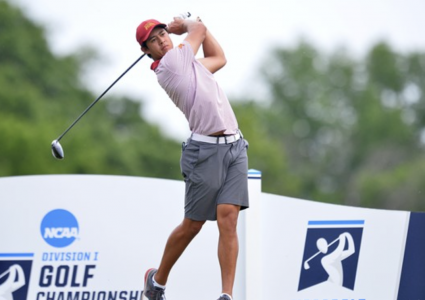 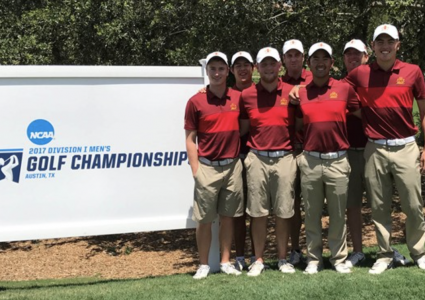