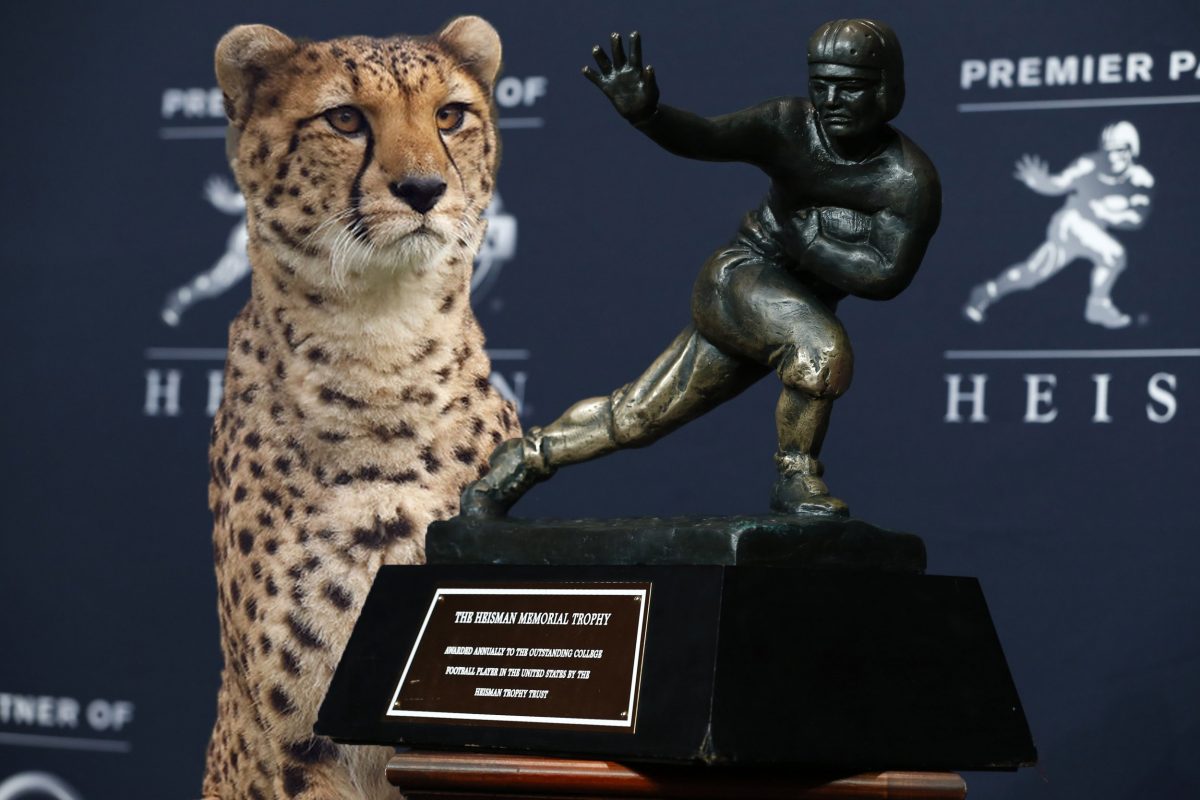 These uncertain times have left me in a predicament as a content producer.

Obviously, I am a sports writer. You guys come to Cyclone Fanatic to read or listen to what our staff writes or podcasts about sports. But, the coronavirus pandemic has left us without sports, and most notably in this situation, Iowa State spring football.

So, that means I have to get creative when it comes to finding things to write about. When I need to find something creative to write about, I turn to one man — Shea Serrano.

Now, I’m sure many of you already know who Shea Serrano is considering he is one of the most recognizable people on Twitter. He is a staff writer for The Ringer and is featured prominently on their website and podcasts. Also, he’s a multiple-time New York Times best-selling author, which is where I got my inspiration today.

In 2018, Shea released a book titled Basketball (And Other Things). It is a collection of questions, answered and illustrated. Those questions are about basketball — and other things. I highly suggest buying this book. It is outstanding and well worth the $13.47 it would take to purchase it right now on Amazon.

Roughly halfway through this book, Shea asks the question, “If 1997 Karl Malone and a bear swapped places for a season, who would be more successful?” I don’t want to spoil the book, because that would be unfair to Shea and anybody who just bought it on Amazon after I supplied the link, but I want to give Shea credit for being my inspiration in asking the question I’m about to ask.

If Iowa State star running back Breece Hall and a cheetah swapped places for a season, which would be more successful?

Now, I want to make it clear that we are working under a few assumptions while trying to answer this question.

Assumption No. 1 – Nobody will question the fact that Matt Campbell has replaced his All-Big 12 running back with a large cat found primarily in Africa and a few regions of Asia. That includes PETA, which, as we’ve all learned from watching Tiger King over the last week, does not generally appreciate humans making animals do things they don’t usually do.

Assumption No. 2 – The cheetah has a fundamental understanding of the game of football. It knows how to run an inside zone or stretch play. It understands blocking schemes and blitz pick-ups. It has an above-average ability to protect the football, and when I say above-average, I mean the cheetah does not fumble consistently or anything like that. This cheetah was born to carry and catch the football. Plain and simple.

Assumption No. 3 – Wikipedia tells me cheetahs generally show little aggression towards humans, but we are going to assume that this particular cheetah only shows aggression towards linebackers coming through the A-gap on a blitz. It only has the goal of scoring touchdowns and protecting our most valuable asset, Brock Purdy. It will not attempt to eat the free safety or claw out the eyes of the opposing defensive ends simply because it is a large wild animal with sharp teeth and claws and could normally do so at any moment.

Assumption No. 4 – This cheetah will be treated similarly to how any five-star recruit is at Alabama during their official visit. It will be fed handsomely, it will have the nicest living accommodations and there will be a wealthy booster prepared to help it with any little need at a moment’s notice, because, again, PETA.

Alright, now that we have all of those things out of the way, let’s break it down a little deeper by diving into the measurables/accolades of Hall and our cheetah.

*** Can reach 47 miles per hour in two seconds, which makes it capable of a remarkable change of direction ability that will surely have NFL scouts drooling at the combine in a few short years.

*** This change of direction ability is also helped by the cheetah’s semi-retractable claws that give it tremendous traction with the ground, which will be especially important considering seven of its games each season will be played on the turf at Jack Trice Stadium. I’m not making this into any sort of editorialization on the turf at Jack Trice, but I imagine its usual status in late October is similar to the terrain of the African grasslands.

So, now that we have all of these things deciphered, back to the original question at hand. Which would be more successful if Hall and the cheetah were to trade places?

I mean, just imagine this: Purdy takes a snap, takes a couple of steps to his right and pitches out to the cheetah, who takes advantage of a well-blocked edge by the Iowa State tight ends. Charlie Kolar‘s excellent seal block at the second-level springs the cheetah, who has already reached top speed before passing the line of scrimmage, for a 75-yard touchdown run down the sideline on the first play of the game. As the cheetah passes Matt Campbell on the sideline, we are able to read his lips saying, “I love that f***ing cat!”

Even if the play was not blocked well, imagine, for instance, the right tackle remembers he is only the football field with a live wild animal and prefers to not turn his back to it, allowing the defensive end, who is likely a zoology major with little fear of animals or plays for Oklahoma and worked for Joe Exoctic in the summers, to push up the field in an attempt to keep contain. Despite this, the cheetah is able to reverse direction on a dime and cut back the other way, again, resulting in a touchdown.

Basically, I think a cheetah would score a touchdown every time it touched the football, which would severely limit Brock Purdy’s ability to break more records at Iowa State, but I like to think Brock would take the personal hit in order to win a national championship on the back of a football-playing cheetah. Kudos to you, Brock, for being a team-player and true leader.

The cheetah would break Utah State’s Emmett White’s single-game all-purpose record of 578 yards in the third quarter of his second game, because, naturally, Campbell wanted to ease his young star into the spotlight. That would eventually lead to the cheetah breaking Christian McCaffery’s single-season all-purpose yardage record, and basically every other imaginable record that can be broken by a running back, at roughly the latter part of the mid-point of the team’s season.

In the end, I do not think 6,000 all-purpose yards and 60 total touchdowns would be out of the question, putting the cheetah’s season right at the top as the greatest individual season in the history of college football. He would win the Heisman Trophy by an unfathomable margin, considering 99 percent of the voters listed him first, second and third on their ballots, with the only omissions being a handful of writers from the south, who voted for Alabama’s Najee Harris, citing the cheetah’s weak Big 12 schedule as their reason, and Steve Spurrier, who subsequently admitted he did not watch the cheetah’s games because they all kicked “past his bedtime.”

In the end, all of this would really be leading up to the cheetah’s crowning moments, leading Iowa State up against Alabama and Clemson in the College Football Playoff semifinals and finals with both games ending in routs and cheetah named as the MVP.

This would start the ball rolling on Dabo Swinney changing the game of college football forever when he chooses to sign an entire recruiting class of cheetahs with help from his boosters, who are well-connected in the big cat world. The move tips college football on its axis, widening the gap between the “has cheetahs” and “has no cheetahs,” eventually leaving Iowa State behind because, in these parts, there will forever only be one great college football playing, record-breaking, Heisman Trophy and national championship-winning cheetah: the first cheetah… Our cheetah, upon finishing his one season at Iowa State, decided to spurn the NFL and return to the grasslands, living out his days as the happiest cheetah alive knowing he had changed the world of athletics forever.

Oh crap, I forgot all about what Breece Hall would do if he had to live as a cheetah. Well, let’s just assume, even though Breece is fast, without the use of human tools (i.e. guns, spears, crossbows, etc.), which he can’t use because he is now a cheetah, he fails to eat heartily for a really long time before a coalition of cheetahs (seriously, that’s what they’re called) adopts him and teaches him the way of the cheetah, setting in motion the birth of the next great crime-fighting superhero, Cheetahman.

But, more on him later.