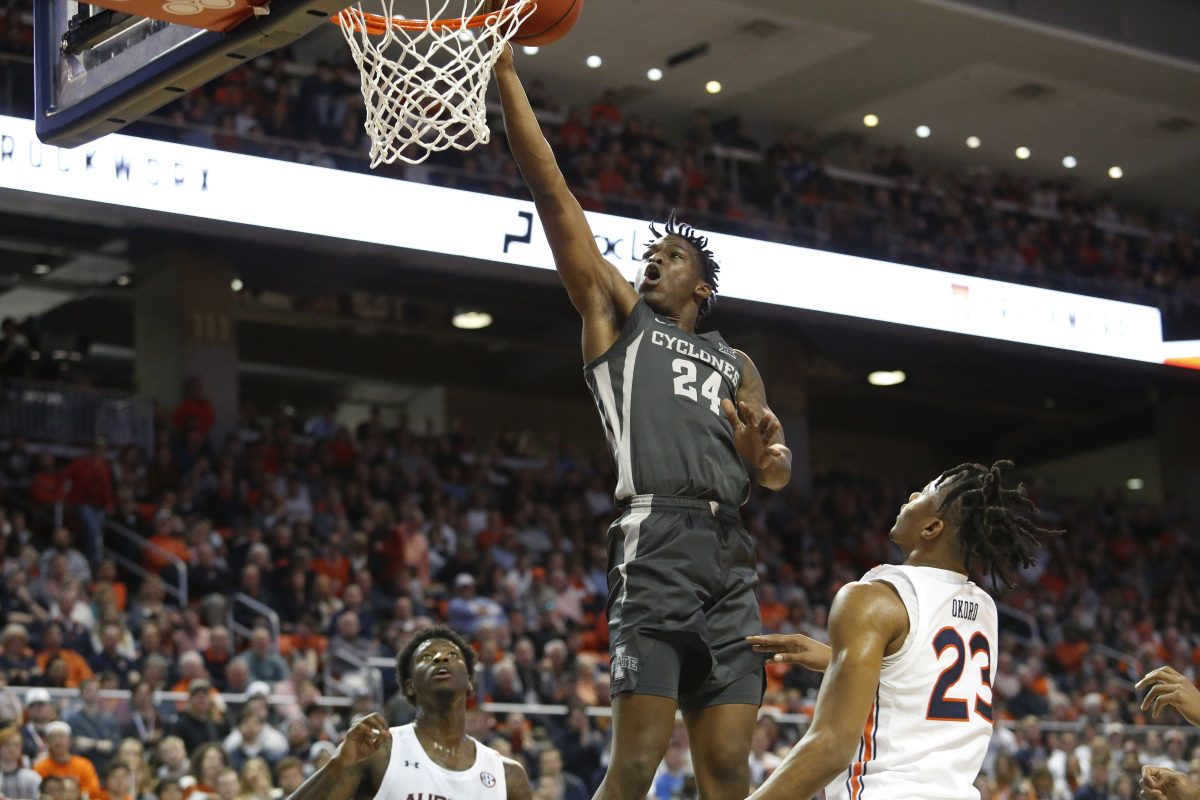 Junior forward Terrence Lewis became the third member of the Cyclones’ 2019-20 roster when he put his name into the transfer portal on Thursday, according to ESPN’s Jeff Borzello. He joins Caleb Grill, who announced his plan to transfer on Wednesday, and Zion Griffin, who made his announcement on Monday.

Lewis, a 6-foot-6 Milwaukee native, arrived in Ames, alongside classmate Lindell Wigginton, as a highly-regarded recruit considered the No. 58 player in the 2017 class. He carved out a small role as a freshman, scoring 3.4 points in 11.0 minutes per game while appearing in 27 contests and making one start.

He appeared to be setting himself for a larger role as a sophomore when he scored 7.8 points per game to close the 2017-18 season, but that larger role never came as Lewis played in just 21 games, including scoring 16 points in the program’s win over San Diego State in the Maui Invitational.

That lack of consistent production and playing time made it seem clear Lewis’ junior season would be a make or break one for him and the program. He had positive moments and was an often clamored for fan-favorite while the team struggled during the season, but he rarely ever saw the consistent minutes you expect to see from a former four-star recruit in their third year with the program.

Lewis’ transfer leaves Iowa State now with three open scholarships for the 2020 spring recruiting cycle. That number will likely jump to four when Tyrese Haliburton most likely announces his decision to join the professional ranks.