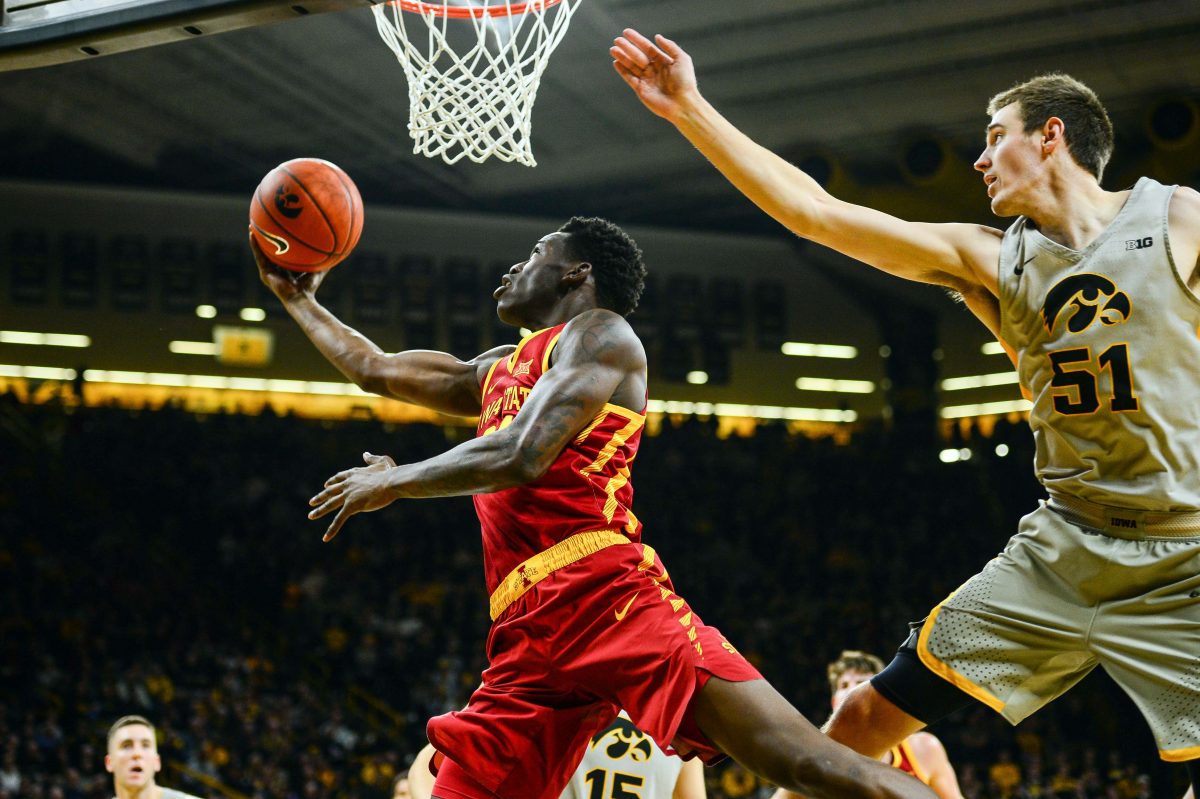 Up next, junior guard Terrence Lewis.

It was going to be difficult for Lewis to carve out much of a role last season with the wealth of talent in Iowa State’s backcourt. He got some opportunities early in the season after Lindell Wigginton’s injury, but by the time conference player rolled around he was pretty firmly on the outside of the rotation looking in.

The Milwaukee native showed flashes of the skill that made him a four-star prospect out of high school scoring in double-figures three times during non-conference play. In the end, Lewis became an only if needed option off the bench in case of foul trouble or other unforeseen circumstances.

Lewis really did have some very solid performances during the non-conference play when more minutes were available to him. The 6-foot-6 sophomore scored a career-high 16 points on 5-of-7 shooting from the field and 2-of-4 from deep while playing 21 minutes in the team’s win over San Diego State in Maui.

He also poured in 15 points during the wins over Omaha and Southern. During those games, Lewis proved to be capable of scoring in transition and shot the ball much better than he did during his rookie campaign.

Steve Prohm also maintained early in the season that Lewis is one of the team’s best cutters, which led to several easy baskets for him in non-conference play.

His role likely will be…

Year three for Lewis in Ames feels like nothing but a make-or-break year. As of now, there are minutes to be grabbed in the backcourt. Lewis will have every opportunity to take hold of a larger role in the program if he can continue to progress and get ahead of whoever the staff may add via recruiting.

There is no question Lewis has underachieved from what I expected prior to his freshman season. He was a high-energy shooter, rebounder and defender with length who seemed primed to make the jump to the college game.

If those skills can manifest as a junior, we could quickly forget about Lewis’ lackluster freshman and sophomore seasons.

The biggest thing with Lewis since he arrived in Ames has been consistency. He will play one really good game or string two good games in a row, but then he will go a couple of games consecutively with inefficient scoring lines and defensive lapses.

If the efficient Terrence Lewis who scored 15 points on 5-of-6 from the field, 3-of-4 from 3-point range with four rebounds against Southern can show up almost every night, he will have a huge role in 2019-20. He has shown the ability to be a shooting option off the bench and has the tools to be a plus-defender when he is engaged.

Put those two things together every night and this could be Lewis’ breakout season. Continue to struggle to find consistency and it could be more of the same in year three for the once incredibly promising prospect.

Q&A: With Terrence Lewis on the end of his freshman campaign

STANZ: Terrence Lewis and the other side of being a freshman in the Big 12