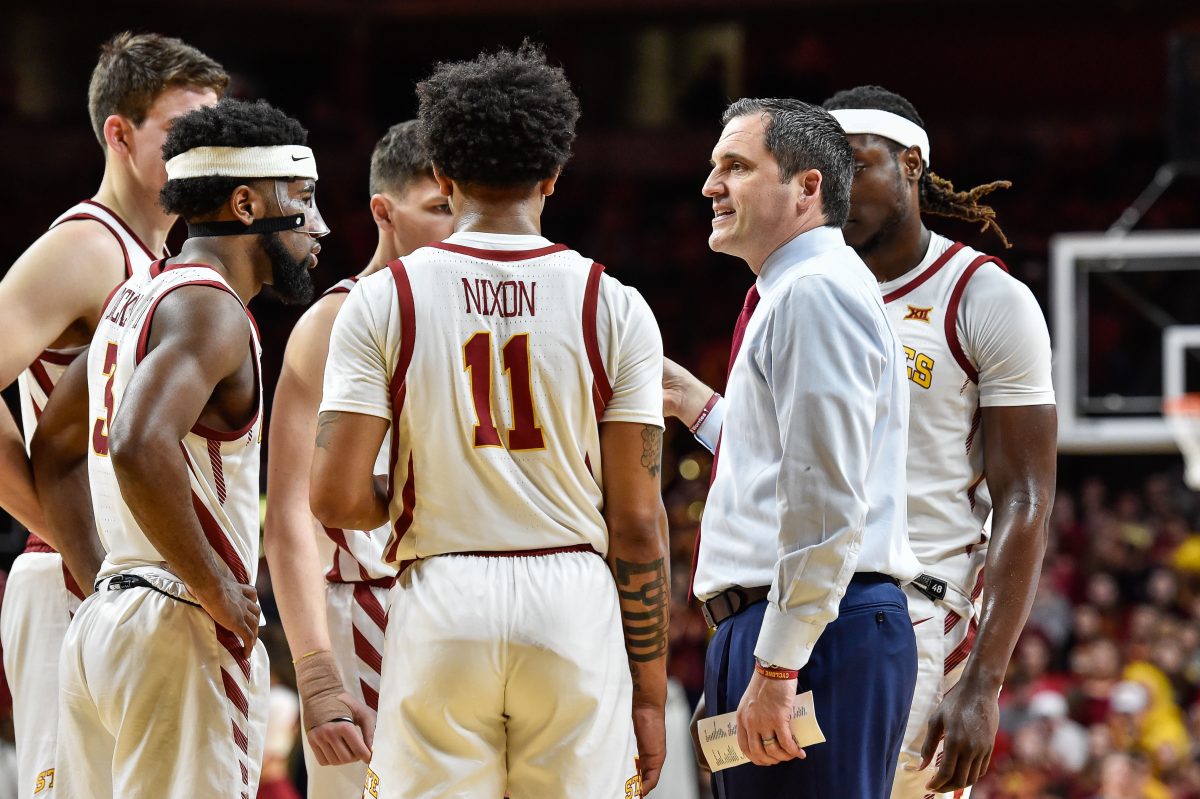 College sports tend to be cyclical.

When a coach gets hired, the immediate focus is on selling hope. This goes on for at least a year and oftentimes longer.

Some form of success usually follows.

Then, adversity (or reality) hits in one way or another. It is at that point when said coach kicks out and continues on or gets pinned.

When it comes to Iowa State, the Greg McDermott and Gene Chizik were exceptions to this playbook. For them, the success part never came.

Mac smartly got out of town while he still could and landed in a better situation for his longterm success. McDermott’s Creighton program is about to go to its sixth NCAA Tournament since he took the job in 2010-11.

As for Chizik, I could make an argument that with the talent he had on deck, after two years of struggling, better times were ahead for the man who replaced Dan McCarney. He went on and won a national championship at Auburn, albeit in controversial fashion.

Steve Prohm’s tenure at Iowa State has been complex. He took his first team to the Sweet 16, has won two Big 12 Tournament championships and sent multiple players to the NBA. But his program has also been considerably down in two of his five seasons at the helm.

Prohm is as rock-solid of an individual as you will find in the industry, represents Iowa State well and seems to have the confidence of his athletic director.

That is my sense of the situation, at least.

But we’re not there quite yet. As for the immediate future, fans simply need hope this offseason. That’s it. Regardless of what happens over the next two weeks, re-establishing a clear vision for the future of Iowa State basketball is the chore that Prohm will face.

On paper, Prohm’s 2020 recruiting class is one of the best in school history – ranked 21st nationally by 247 Sports. That absolutely helps and despite this season’s shortcomings, should not be forgotten.

The bad news is that all four of those young men will be freshmen. This program needs to get older and tougher in the offseason.

There are multiple reasons why Iowa State’s roster is in the situation that it is but the most important is that the layout just doesn’t add up.

Early entrants to the NBA have left a crater. Prohm will likely get hit again this summer in the case of Tyrese Haliburton, a probable lottery pick who nobody tabbed as a two-and-done prospect out of high school.

But recruiting misses in the middle of the roster are the reason Iowa State is losing home games by 30 and to Florida A&M.

— The two freshmen who didn’t make it to the start of this season… Plug in just one quality JUCO in that spot or another sit-out transfer for next year… It makes the middle of this current roster better and provides hope for next season.

— Veteran players on this team that never turned out, or developed into true Big 12 guys. I won’t name names.

— The above is why freshmen Caleb Grill and Tre Jackson are having to play the minutes they are currently seeing. They will be fine four-year players but neither are ready for this right now.

In a perfect world, Iowa State should strive to mimic what Scott Drew has going on at Baylor. Remember back in the day when the Bears constantly underachieved while losing guys to the NBA on an annual basis? It is great to get those players and of course, you should still recruit top-level talent. But living and dying off of those prospects alone is not sustainable at Iowa State.

There has to be balance within the roster.

The Hoiberg Era was heavily infused by transfers, but four-year staples are what made things stick on a year-to-year basis.

These days, Drew’s culture is far superior to any individual talent that walks through that door. The Bears, who have been the top-ranked team in America for much of the season, are a talented group, but it is almost a plug-and-play situation anymore. Drew, an underrated X’s and O’s mind, can massage his style of coaching to the type of team he has in that particular season.

As the losses piled up this season for the Cyclones, most of the time I went to bed thinking, “This team just isn’t very good.” And that’s a problem that can be overcome in the short-term with just a few adjustments to the roster and long-term with a Drew-like culture.

But the performance on Saturday posed a different problem. That team didn’t compete. You could see it in Prohm’s reaction during his fiery postgame press conference. You saw it again on Monday in the below media session with sophomore George Conditt.

Frustration is at an all-time high.

Will fans continue to show up to support a team that doesn’t share the passion for the game and university that they do?

It’s a shame too because, before Saturday, I never thought that about this group. I do not believe that is who they are. These guys care about competing and the “Iowa State” on the front of the jersey. But the season as a whole appears to have taken a toll, and I’m not sure I blame them.

The Cyclones will get a mulligan from their loyal fanbase. Considering the circumstances, tonight’s crowd vs. TCU will be way above average compared to similar situations across college basketball.

But in that loss to Tech, the focus shifted — and it shifted at a critical time for Prohm and that familiar crossroad. Prohm’s program needs to dig deep, find some grit and go out swinging the rest of the year.

Just get to the finish line, get to the offseason and find some hope.