The following is a press release issued by Iowa State women’s basketball and the Iowa State Athletics Department.

Joens has had a tremendous start to her sophomore campaign, averaging 21.3 points and 10.5 rebounds per game. She is the only player in the nation averaging 20.0 points and 10.0 rebounds per game. She has been a double-double machine this season, collecting 13 double-doubles on the season. Joens has been named Big 12 Player of the Week five times, while no other Big 12 player has claimed the honor more than twice. She was also named to the Naismith Trophy Midseason Top 30, which honors the nation’s top player.

Last season, Iowa State’s own Bridget Carleton was honored as the Cheryl Miller Award winner. Carleton was just the second-ever winner of the award and the first for Iowa State.

The winner of the 2020 Cheryl Miller Small Forward Award will be presented at The College Basketball Awards presented by Wendy’s in Los Angeles, CA on Friday, April 10, 2020, along with the other four members of the Women’s Starting Five. 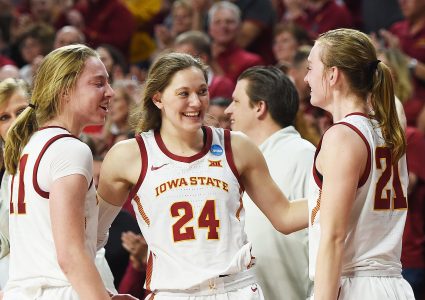 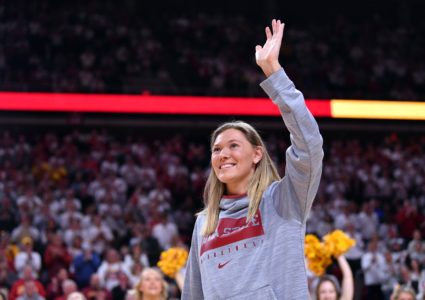