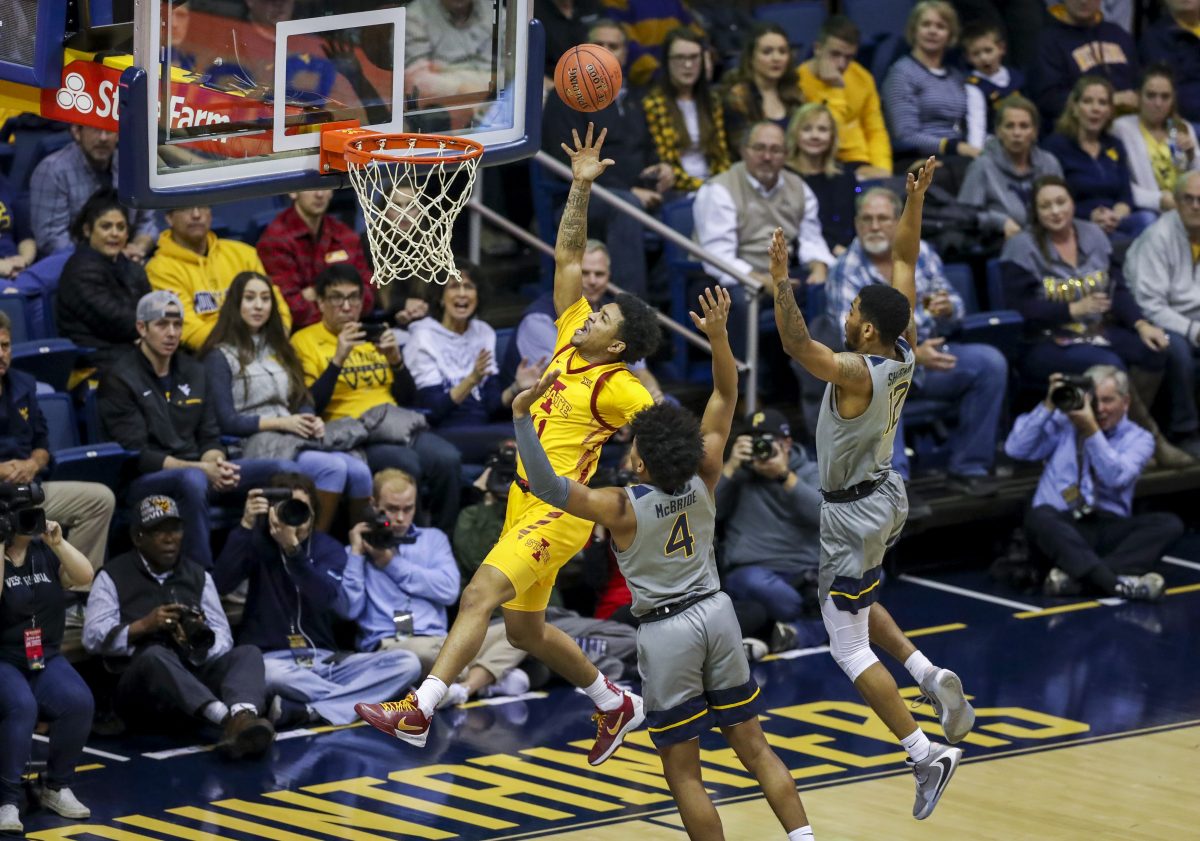 I came to the realization a few years ago that while the point of basketball is to score more points than your opponents, each game is really just a contest of seeing which team can create good scoring chances the most often. After that, it is really just a matter of shot-making ability and hitting averages. That probably doesn’t sound particularly insightful or profound but it relates back to the collective randomness of opponent jump shooting.

Cyclone opponents are making 36 percent of their three-point attempts (305th) and nearly 39 percent of attempts in Big 12 play, bad enough for last place. That is the primary reason that the ISU defense is 130th in KenPom adjusted defense. The table below shows the Cyclone offense and defense shooting splits by location (compliments of barttorvik.com) prior to the game at West Virginia.

*Note that the sum of the share column is not 100% because dunks are included in the close two shot attempts. Also, the category of long two is pretty ambiguous because it includes all two-point attempts that are not dunks, layups, tip-ins, etc…

Two points to make from this information; 1) if Iowa State truly is a “bad three-point defense” then shouldn’t that also be the case on the field goal percentage for long two-point shots? Instead, opponents are making 34 percent of those attempts which is top 100 instead of bottom 50 as it is for opponent 3-point percentage. 2) While some of these numbers are bad, others are respectable so how does this add to defense at 130 in the KenPom ratings? Based on opponent turnover percentage and defensive rebounding percentage the Cyclones give opponents the 65th most scoring chances per game when adjusted for tempo.

On the offensive side, the two primary problems have been the poor three-point shooting and the sheer volume of shots that are categorized as long twos. What is the main issue with that? On close two-point shots, Iowa State has an expected value (EV) of about 1.33 points per shot, on three-point attempts, the Cyclones average 0.95 points per shot, but on long two-point attempts that dips way, way down to 0.67.

To look at this further you have to dig into the individual numbers. This data is also updated through the Texas game and it is sorted by the frequency of shots via the Team Share column. For instance, Tyrese Haliburton attempts a three-pointer on 9.4 percent of all Iowa State field goal attempts and is the most common shot taken (-3 after the name of the player is for three-pointers, C2 for close twos, and L2 for long twos). In the column next to that is the expected value of that shot for that player based on the percentage of makes and if it is worth two points or three points. That EV is then ranked in the column furthest to the right. In a utopian world when this is sorted from most frequent to least frequent, you’d want to see that match with the EV ranking so that the shots with the highest EV are being attempted the most often.

As you can see, that isn’t really close to what is happening. In my opinion, some of that could be coaching deficiencies or poor player decision making but I think it is most connected to being short on offensive talent but especially shooters to stretch defenses and create space at the paint to free up more of the highest EV shot, close twos. 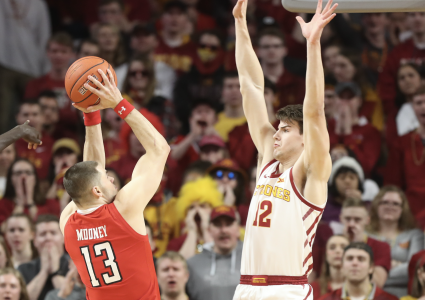