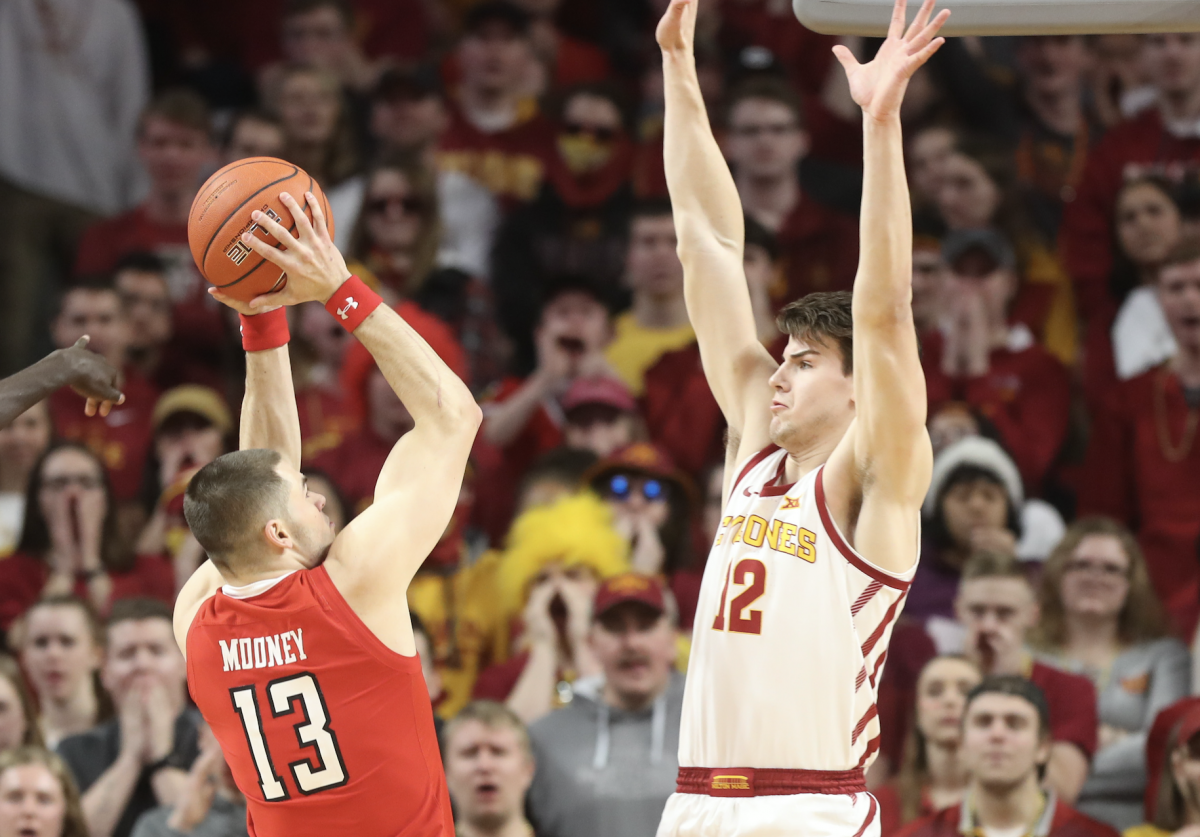 There is a quote somewhere about not trying to say something that has already been said better by someone else. That’s where I’ll start today.

The concept of 3-point defense in basketball being best measured by anything other than opponent 3-point percentage comes off as blasphemy to both the casual observer and die-hard basketball junky. It is such a contrast over conventional wisdom that nobody has the initial reaction of agreement when it is first stated to them.

I know, because I was in the same camp. I didn’t get it, didn’t trust it, and didn’t believe it. But, if I do have any personal strengths it is that I can usually see someone else’s perspective especially when I hold that someone in high regard.

In this case, my first stumbling upon this theory came about eight years ago in a Ken Pomeroy ESPN Insider article (remember those?!?!).

Since that time, Pomeroy has published many blog posts on this topic including a series a few years ago where he analyzed different statistics to determine if the offense or defense had more control over the outcome. Unsurprisingly, least controlled aspect by a defense is their opponent’s free throw percentage, which came out to about 98 percent controlled by the shooting team in his analysis. The next most controlled stat by the offense was average possession length, which again stands to reason because regardless of turnovers and rebounds, most possession lengths are determined by shots and it is difficult to impact an opponent’s timing on when they shoot.

ESPN’s Joe Lunardi: ISU likely to remain a seven-seed — unless it wins the Big 12 Tourney

But the stat with that came in third for least control by the defense is opponent 3-point percentage. The post explaining it is here and here is the summary of the entire series of work.

From all of that the nitty gritty is that he estimates offense has roughly 83 percent control on whether or not 3-point attempts are made. The war to understand this is fought on the battlegrounds of small single game sample sizes and random variance. Assume that a given player makes 40 percent of his 3-point attempts over the season or career, that does not mean their next 10 attempts will result in four made shots. That is even if we assume all attempts were equal in difficulty. That is just a fact of random variance.

Sometimes a 45 percent 3-point shooter misses a wide open look and sometimes a 20 percent shooter makes a highly contested shot with the clock running down. This same thing happens all the time with opponent free throw shooting that we easily can rationalize to bad luck. But for some reason, we can’t do the same with 3-point shooting.

Some of the difficulty of that mental leap is due to the fundamental belief that anyone who played the game has in their opinion that the defense has more impact on offensive shooting than it factually does. Defense definitely matters but good offense will beat good defense more often than not.

The other bit of nuance to the theory of opponent 3-point shooting being more about the offense than the defense is that by and large most 3-point attempts are contested about the same by the defense. Meaning that the shooter is either open enough to get the shot off or they will not take the shot at all.

Yes, if you give up more wide open 3-point attempts than average, then opponents should shoot above their average percentage, but that doesn’t mean that they will.

All of this is why the best way to measure 3-point defense is not by percentage of made attempts but instead by how many attempts are allowed. What I also find interesting is that in the same series of studies done by Ken Pomeroy in 2015, 3-point attempt rate is estimated to be about 71 percent controlled by the offense. That essentially tells me, that the vast majority of teams will be able to get shots from the 3-point line if that is what they want.

If you choose to not agree or fully buy in to all of that mumbo jumbo that is completely your prerogative, but I’d love to have a discussion to hash it out.

If you do agree, I have something interesting to show you.

Currently, the Cyclone defense has opponent’s making 34.3 percent of its 3-pointers for the entire season and that 39.6 percent of opponent field goal attempts are 3-pointers, the 225th most in the country.

Clearly too many 3-pointers are being hoisted, but believe it or not, the trend has been improving ever since the start of conference play while staying basically the same throughout conference games. The Cyclone defense hasn’t changed but opponents are making more shots from 3-point land.

See the below chart in game by game 3-point percentage and 3-point attempt percentage (3FGA/FGA):

This all leads to the fact that the Iowa State defense was likely not a top 25 defense back when opponents were making just 32 percent of the 3-pointers but also that their defense likely isn’t as bad as it has appeared in the last seven games that have caused the defense to slip from No. 31 in KenPom defensive efficiency on February 15th to the spot at No. 72 where it sits today.