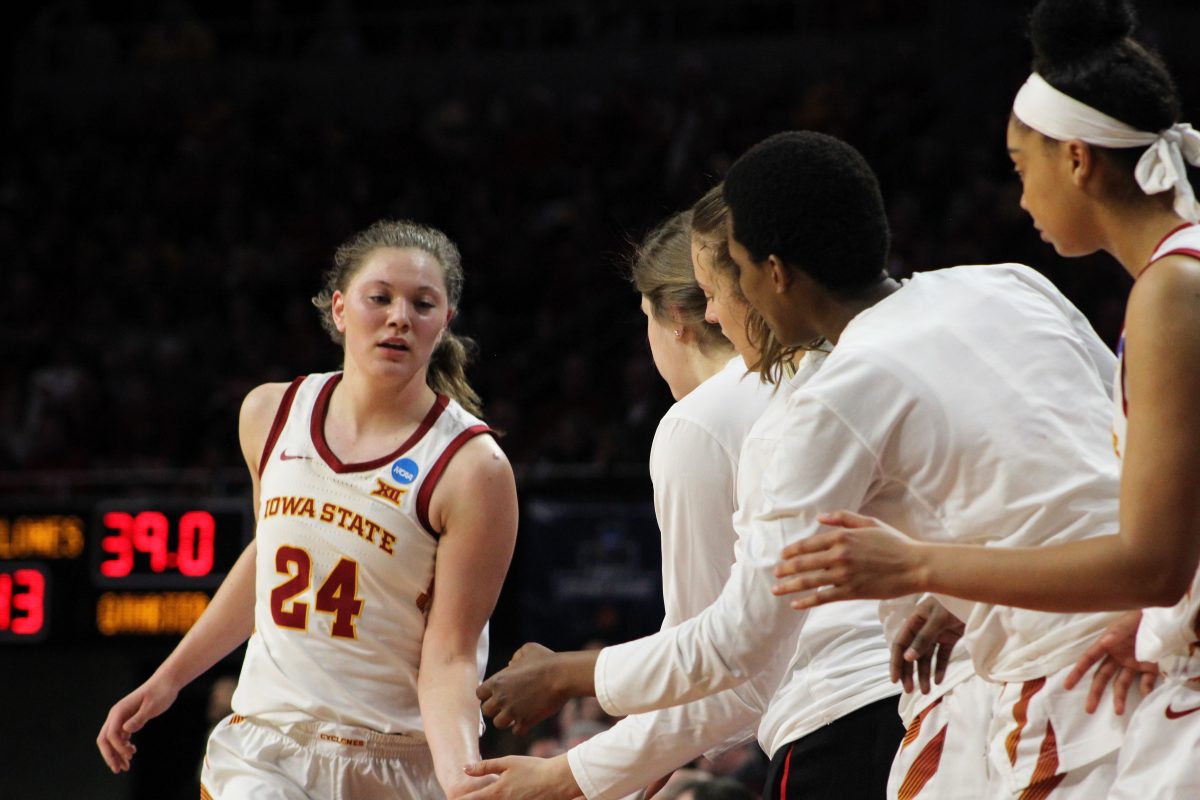 Those three losses all came against in-state foes, of course, and they were a key in identifying the obstacle that wins won’t come as easy as they did during Bridget Carleton’s senior season.

It’s hard to replace the group of seniors that Iowa State did a year ago. The first 12 games didn’t see the Cyclones get a marquee win over a team in the top 50 of the RPI.

Even though the Longhorns sit at No. 94 in the same poll – 22 spots behind ISU at No. 72 – this game could be the most telling of the season thus far.

Iowa State hasn’t had the chance to come off of an impactful win so far this year. The closest thing that the team had to it would have been its win over Alabama, but with it being before the Cy-Hawk game, the focus shifts more abruptly.

Monday’s game is about stringing something together.

The Cyclones were two 3-pointers away from setting the school record in the stat on Friday night. They steamrolled a previously undefeated Texas Tech team in a loud atmosphere in Lubbock.

“Everyone feels a little different – they act a little different – when they know conference play’s coming,” Iowa State coach Bill Fennelly said a week ago. “I never could understand why we weren’t that way in October or November, but that’s the nature of basketball when you play in the kind of league that we play in.”

The team certainly turned things up a notch on Friday, but the competition in their Big 12 home opener will be different than the Lady Raiders.

When Texas enters Hilton Coliseum tonight, the Longhorns will be angry. They won’t even be 12 hours removed from the AP Top 25 poll, following a loss they suffered to TCU on Friday. They have a pair of 6-foot-5 and 6-foot-3 post players down low that are both averaging over 14 points per game.

But, is this group one of those teams?

“I don’t think there is any question they understand what we need from them,” Fennelly said. “Now it’s just a matter of embracing that roll, getting better at it, and adding to it. Those are the things that are hard to do when you get into conference play, but we’re doing them.

“We know what our limitations are, but at the same time, we know what we’re capable of doing,” Fennelly said. 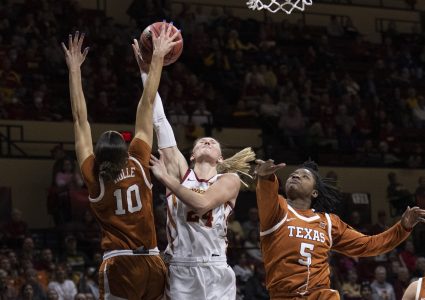 FERGUSON: Iowa State proved it Saturday that it can hang with the bullies