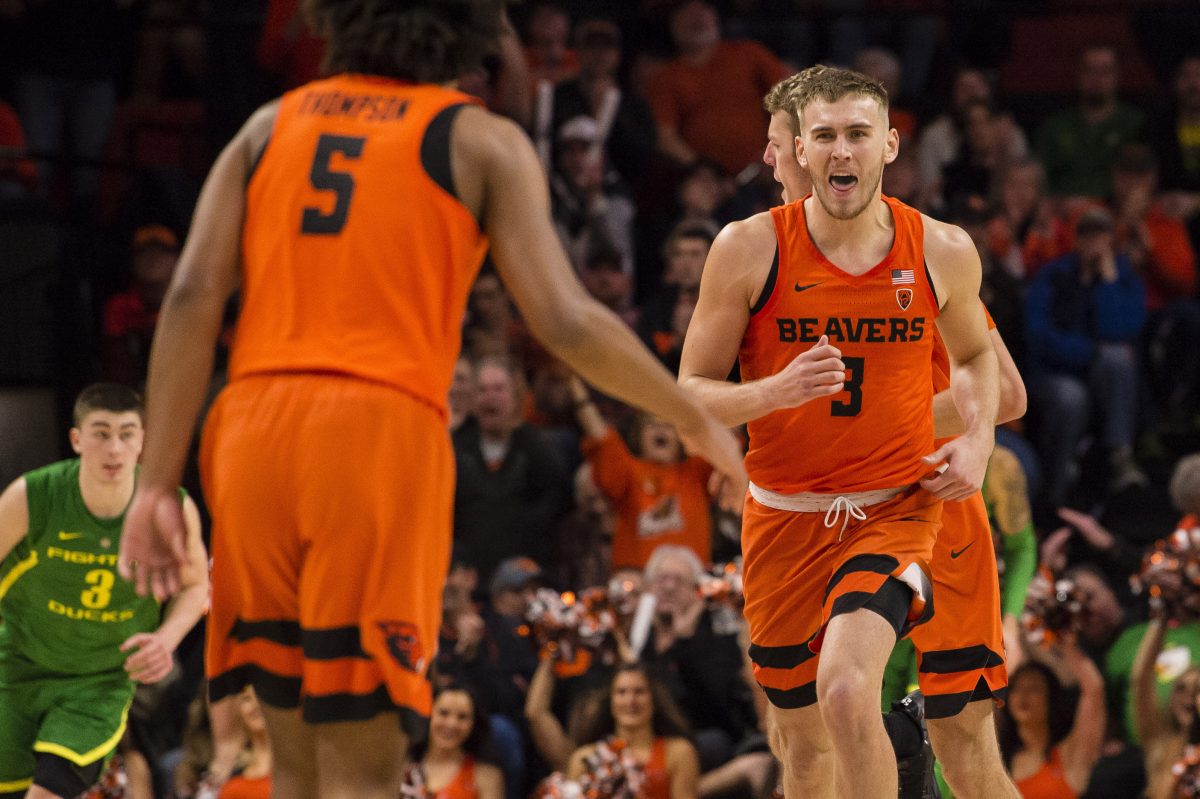 Eugene, Ore. – Games like this are pretty rare for Iowa State Basketball.

Usually, the Cyclones get at the very least a couple of “tune-ups” before taking on a high major opponent in the non-conference, but the 2019-20 version of the Iowa State might as well kick things into gear. After all, what is ahead over the next few weeks will almost assuredly result in the toughest non-conference slate that Steve Prohm has tackled in his five years at the helm in Ames.

Picked to finish seventh in the Pac-12, the thing that stands out about the Beavers is experience. Oregon State’s starting five consists of three juniors and two seniors.

A couple Beavers stand out from the rest though…

Tinkle’s son, Tres, is a 6-foot-7 Wooden and Naismith Award candidate. He’s currently the seventh leading scorer in Oregon State history (Tres notably needs 487 points to pass NBA great Gary Payton at the top of the chart). The redshirt senior could have potentially been a second-round pick in last summer’s NBA Draft but chose to come back for one last round with his father.

Tres will likely join some other legendary names later on this season. If he tallies just 314 points, Tres will become only the third player in Pac-12 history to score 2,000 points and tally 1,000 rebounds in his career. The other two are Kareem Abdul-Jabbar and former Stanford Cardinal Adam Keefe.

The Tinkle’s aren’t the only family leaving its fingerprints all over Beaver Basketball though.

Stephen Thompson, an assistant coach, is the father of starting point guard and Pac-12 preseason second-teamer Ethan Thompson. The 6-foot-5 junior has started all 64 games in his Oregon State career. He led the team with 120 assists last season and has the potential to be one of the top guards in the Pac-12 this season.

Iowa State’s new-look “big” lineup will get a quality test in this one. Oregon State’s shortest starter is 6-foot-5.

Forward Kylor Kelley – a seven-footer – is one of the nation’s premier shot blockers. He led the Pac-12 last season averaging 3.35 blocks per game.

Get this: Kelley blocked nine (!!!) shots in one game last season, against Pepperdine on Dec. 17.

Five members of Oregon State’s roster are listed at 6-foot-10 or taller.

Overall analysis on the Beavers…

This would be a great early season victory for the Cyclones, mainly due to the fact that Oregon State’s roster has played together so much more than Iowa State’s. The Cyclones are still figuring out exactly who they are and what they want to be this season while Oregon State knows exactly that.

Tres Tinkle is a future pro and Oregon State’s starting five consists of two additional players who could be on the Pac-12’s first or second team this season.

Oregon State might not pop to many in the Midwest as a basketball school, but this version of Beaver Basketball will very likely be in the mix for an NCAA Tournament bid come March. That is the expectation from within, at least.

One final note that I am curious to see on Saturday is how fast Oregon State chooses to play. The Beavers finished last season ranked 280th in adjusted tempo (KenPom) but Wayne Tinkle was vocal in the offseason about speeding things up this year.

Due to Oregon State’s size (as documented above), this will be a great opportunity for Steve Prohm and Iowa State to show off its two-big look that the Cyclones worked on so much in the offseason.

The scout on Oregon State’s defense is that they will throw 20-plus different looks at you during a given game. This is such simple analysis but Iowa State needs to shoot the ball well to win this one. Unless – of course – this is going to be an Iowa State team that can wink clunky types of games. That’s certainly possible and maybe necessary this year for the Cyclones. Stay tuned.

All signs point to him being fine but Rasir Bolton did not play in the second half of Iowa State’s season opening victory over Mississippi Valley State due to a hamstring injury. This is at the very least something to keep an eye on Saturday.

Iowa State and Oregon State have only met twice before. The two schools played a home-and-home in 2007 and 2008 as a part of the old Big 12/Pac-12 Hardwood Challenge. Iowa State won both of those contests, with Craig Brackins and Lucca Staiger leading the Cyclones in scoring in those perspective contests.

It’s notable that Saturday’s game is the first round of another home and home between the two schools. Oregon State will return the favor on Nov. 13, 2020.