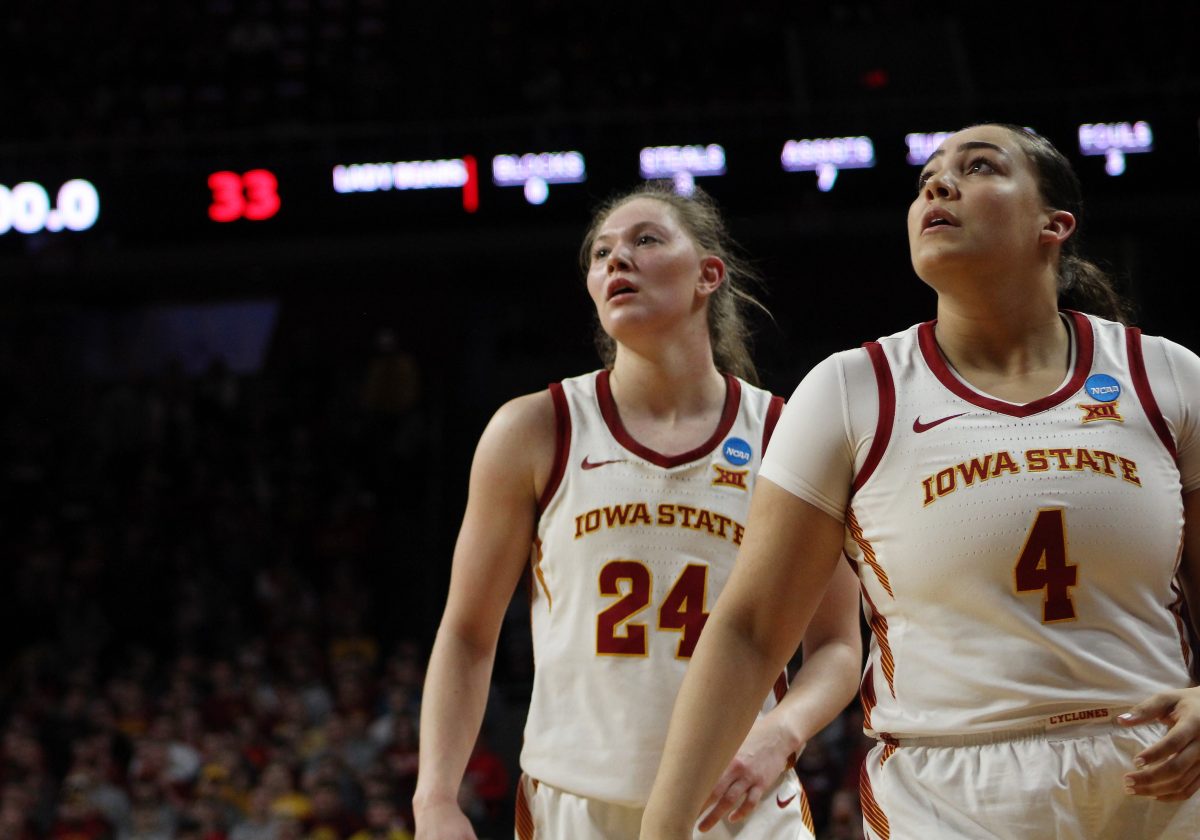 DES MOINES — The Iowa State women’s basketball team knew that Drake would shoot the ball well on Sunday when the two met at the Knapp Center.

The Bulldogs did just that in an 86-81 win over the Cyclones, behind a run out of halftime that saw Drake take a 17-point lead.

Behind a gritty performance from Ashley Joens, Iowa State trimmed the lead down to six, five, and eventually one point.

“You can’t come onto the road, give up 15 three-pointers, get out-rebounded, and win,” Fennelly said after the game. “But, that’s what good teams do. Any time they needed to separate to a five or six point lead, they hit them.”

The Bulldogs finished the day shooting 51.6 percent from the field including a masterful 10-of-13 from senior Sara Rhine.

Iowa State wanted to slow her down a little bit more, like they did to the 2018-19 MVC player of the year in Becca Hittner.

Hittner exited the court shooting 5-of-15 and 1-for-7 from behind the arc. She finished with 13 points – a bit below her 19.7 point average.

“We told our kids that if we could hold Sara Rhine and Becca Hittner to 32 points, we would be in the game,” Fennelly said. “They had 36.”

The pair was aided by a couple of surprises in double-digit scoring games from Maddie Monahan and Kierra Collier as well. They had a couple of the big 3-point shots that put life back into the Knapp Center and slowed down the Cyclones.

One of the reasons Iowa State even made it back to that point, though, was because of the play of Kristin Scott. Iowa State also got 21 minutes out of the junior that saw her net 22 points in a 75 percent shooting night.

“She changes our team” Fennelly said. “She creates spacing that’s really hard for other teams to guard. When we don’t have her in there, there’s congestion.”

Scott, who is coming off of a back injury, was playing under a minutes-restriction in just her second game back on the floor.

Every time Fennelly needed Scott, he asked her how her back felt before putting her in. Each time, Scott replied with, ‘It’s fine.’

The Cyclones are optimistic that the Minnesota native will be back to 100 percent when they return to the court to face Texas Southern on November 19.

It’s the biggest break the Cyclones have on their schedule this season, with eight full days of rest for the team with some nagging injuries.

Iowa State was tested in a loud arena in what might be a rare sight until conference play starts up. The team only has two road games remaining for the non-conference slate of the schedule against NDSU and Alabama.

“This will be a great test for us moving forward,” Fennelly said. “We played a really good team in a tough environment. Hopefully we’ll get better.”

Make no mistake, though, Fennelly was pleased with Sunday’s game.