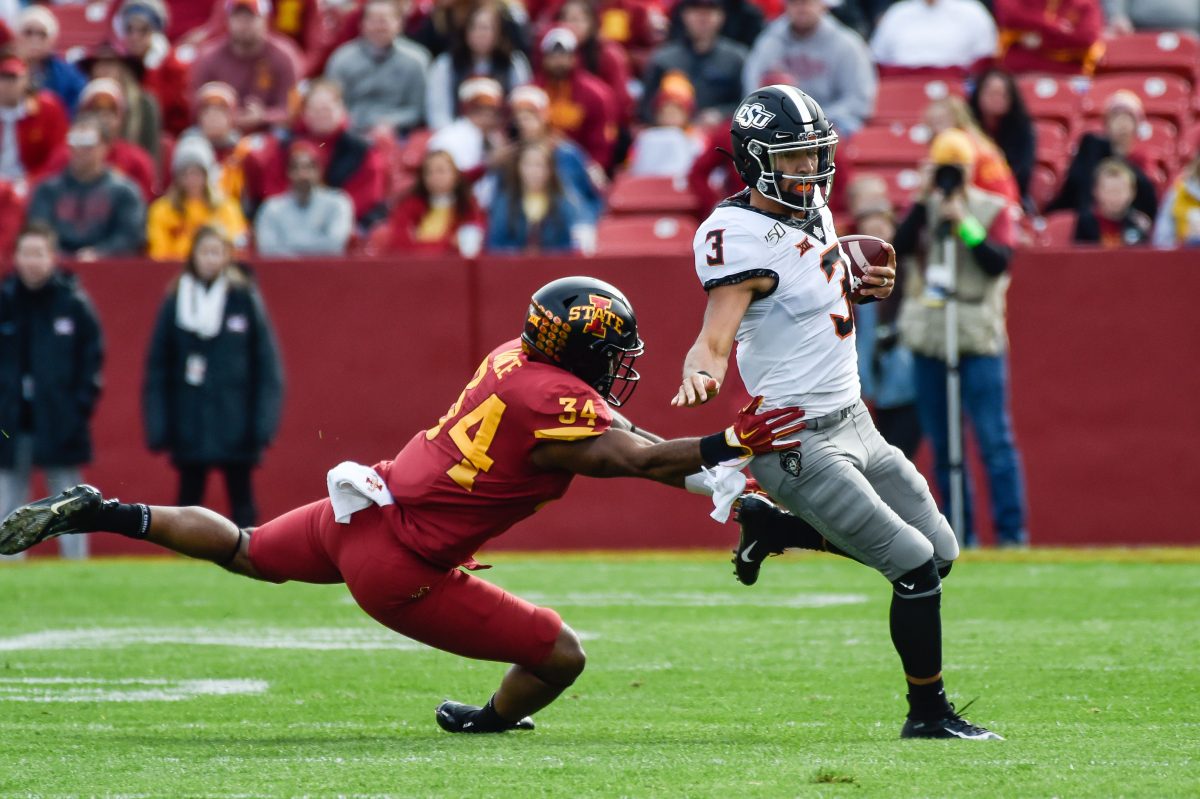 Losing stinks. Especially when there are out-of-character game elements that lead to the loss. Last week against Oklahoma State, Iowa State gave up three 50 plus yard plays for scores, threw the ball 63 times, and threw three interceptions in the last seven minutes of the game.

Game over in head scratching manner.

How does that happen?

The easy part first. Tylan Wallace is a stud and was going to make a play regardless of what Iowa State did. Iowa State was misaligned and got caught in a play side blitz for a second score. Finally, a veteran player misread the hole and narrowly missed a tackle leading to a long run. However, all were predictable against an ordinary Oklahoma State offense.

Surprisingly, this was not an ordinary Oklahoma State offense, which makes the failure less understandable. Oklahoma State essentially played the game without a traditional quarterback instead opting for more of a wildcat quarterback. In order to mitigate the turnover issues of their young signal caller, Oklahoma State’s game plan was based on Tech’s formula. They threw unthreatened screens to the outside, to comeback routes on the sidelines which are uncovered against the Iowa State defense, ran quarterback sweeps, and tried to pound Chuba Hubbard where they thought they could. The entirety of the Oklahoma State offensive plan was designed to prevent Spencer Sanders from having to throw downfield against Iowa State’s oft confusing coverage.

But, OSU received a gift in the form of an Iowa State defense that played to an ordinary OSU offensive scheme in the first half leaving opportunities for the no-risk approach to be successful. Adjustments were made and Oklahoma State had a difficult time in the second half and, truthfully, did absolutely nothing offensively outside of its three big plays. But, Iowa State’s failures allowed Oklahoma State to continue to follow its plan and to do so with a lead. Consider that of the only five to seven downfield passing attempts by Sanders, Iowa State dropped two interceptions and intercepted one.

Iowa State attempted 63 passes to only 25 runs. Why? I am not entirely sure as I have been attempting to answer that question the entire week. Brock Purdy was skittish in the pocket, which is his tendency when unsure about what he is seeing downfield. Surprisingly, he lacked the ability or willingness to throw the ball downfield as he did in the game against Tech. I do not know if that was the plan or an issue with him. Yet, Iowa State determined the best opportunity to move the ball and catch-up was to throw the ball.

My theory is that the decision was a function of the coverage scheme deployed by Oklahoma State. OSU played multiple coverages including drop 8 both deep and short, keeping a single high safety in the middle of the field to pressure the crossing routes to the middle, and playing combination man with a short spy and deep safety. Iowa State, who plays to match-ups, felt like it had an advantage against the man coverage short and quick and underneath the zone. However, the Cyclones failed to fully account for the limitations in the play of Purdy that were fairly obvious.

Unfortunately, the multiple coverage schemes with alternating pressure were difficult to overcome, but the staff determined that it was their best option in real time. Each of those coverage schemes, deployed and disguised in an alternating manner threatens the strength of the Iowa State passing offense. Oklahoma State challenged Iowa State to pivot, were gifted a lead which pressured play calling, and Iowa State did not pivot.

Here is an example of combo man coverage that gives Iowa State, and other teams, issues.

First, the man coverage is revealed by the motion which shows a shift with the motion and an overhang rusher appears to add pressure to the mix. The tight man coverage off the line on the outside and on the tight end prevents a quick throw to beat pressure as the play design is meant to beat a zone scheme. The inside linebacker sits in a spy technique for quarterback run and there is a deep, single high safety to defend a deep fade or post in to the middle. Therefore, the quarterback is tasked with locating the receiver that has won separation from his defender with pressure in his face and a spy at the ready.

This is a difficult riddle to solve. It was used by Baylor in the game earlier this season. TCU and Texas will both show schemes of this nature and I anticipate that each of Iowa State’s upcoming opponents will deploy varied measures of this type of scheme. When a team sits in primarily zone coverage or man-to-man, Purdy gets comfortable and the defense is in for a long day. Where a team has the talent to deploy combo man and disguise a drop in to cover 8 with a spy, Iowa State will struggle in the passing game.

Struggle is a relative term here. Iowa State will still get yards, but it gets tough when they are inside the opponents 35 yard line with a shrunken field.

Finally, the interceptions. The pick six was the most interesting. The other two were poor decisions and should have been throw aways on a dead play. Purdy pressed and bad things happened. The pick six was an interception we have seen before. Washington State pick six, West Virginia 2018 first pass, ULM 2019 first pass, and last Saturday. Four times Purdy has made the rhythm throw on the short curl without seeing that it was covered with an under linebacker. My solution — take the play and route out of the playbook.

The interception. When I am teaching quarterbacks about read progression, we talk in terms of rhythm, read, and rush. Option 1 is the rhythm read made in the natural transitional sequence of receiving the snap and setting your feet. It is quick and usually a throw to the flat, a slant, a quick seam, or a deep fade. Option 2 is the read where a secondary route developed off of the rhythm route may be open usually in the mid-range or with counter-motion to the rhythm route. Option 3 is the rush route which is your late outlet to beat the rush which can be a swing, a drag, or even a late developing deep option. This is not a universal method nor compatible with all offensive schemes, but is an easily grasped method of teaching read progression.

Above, placed in that context, the La’Michael Pettway route, the target, would be the rhythm route. DeShaunte Jones would be the read route as he is deeper and the linebacker drop determines whether or not he is open. Breece Hall is the rush route as an outlet receiver in the flat.

Oklahoma State shows pressure, which is daunting at this point in the game. Purdy sees outside leverage on Pettway by the corner on the bottom. Pre-snap, it looks like his in cutting route will be open and a throw there is dictated by anticipated pressure from the linebacker. He makes up his mind an throws on rhythm.

The decision was wrong though because he should have seen the linebacker drop and moved immediately to his read route which was wide open as Jones cleared to the middle. You can even see Jones anticipating the throw his way as he reads the coverage throughout his route.

That may mean nothing as there are many variables that go in to that dynamic. But, it is pretty consistent. Iowa State must run the ball to answer the difficulties defenses will present to them as the passing offense is simply not designed to exist without a run presence and cannot hold up over 88 plays in a single game.

The Texas game in 2017, with all of its drama, is what I liken last Saturday to. Iowa State regrouped, beat Oklahoma, and ran off 4 straight wins. With a bye week now in the books, I expect the same resolve from this team and staff, and a similar result. 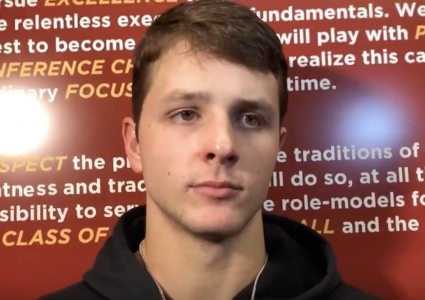 CFTV: Brock Purdy on what went wrong vs. Oklahoma State 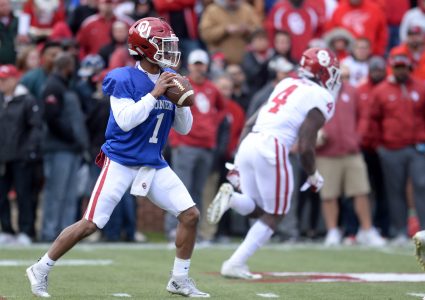 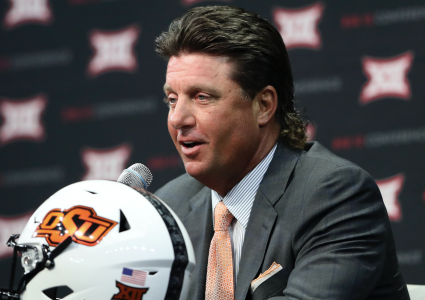