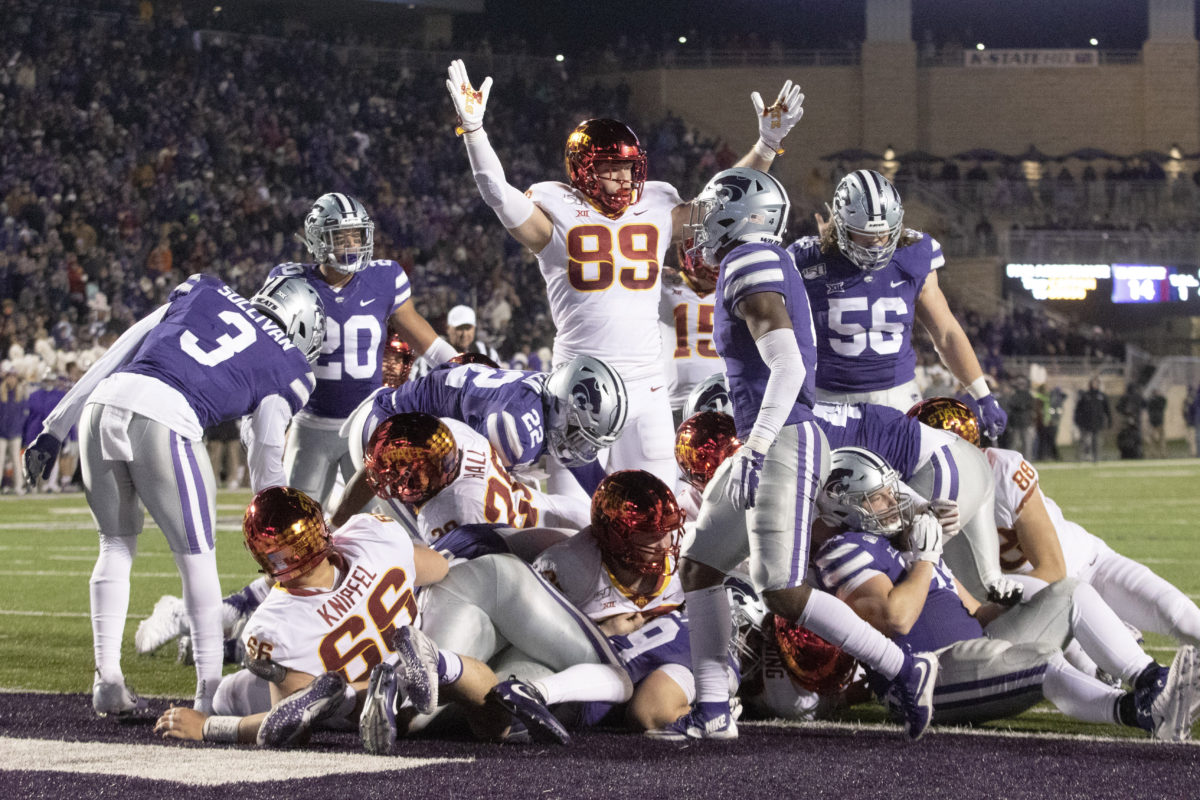 But sometimes, you’ve just gotta give the native Oklahoman a hand for being something of a renaissance man.

ISU’s first All-American and Academic All-American was funny. Cerebral, as usual. Serious when it mattered most.

Q: What are the keys to playing successful football on a bad weather day, which could materialize again on Saturday?

A:  “It might be raining, it might not, I don’t know,” Kolar said. “You know how accurate the forecast is when it gets crazy.”

Q: Coach (Matt) Campbell said he likes the pod system that’s been implemented during this unique season in terms of scheduling and bye weeks. …

A: “I mean, it’s pretty sweet in terms of getting a nice break, but it seems like the season’s been forever and we haven’t played many games, which sucks,” Kolar said. “I mean, you’re giving (Campbell) more excuses to make us be here and work out and practice without games. It’s like heaven for him. But no, I’m kidding.”

Maybe. But there’s truth tucked in there, too. It’s important to keep it light during these heavy times as COVID-19 numbers continue to spike across the country and the world.

It’s gotten so dire for the extremely thin Wildcats that head coach Chris Klieman told reporters Tuesday he’s “knocking on wood” for good numbers to return based on testing Wednesday, Thursday and Friday.

So whether there’ll even be a game Saturday or not — regardless of the weather — remains an open and onerous question. It’s progressed to the point you laugh or joke in order to avoid cries of consternation. It’s a tense reality that tests everyone mentally and physically; where sound preventative measures must combine with a good measure of luck.

“We learned a long time ago in this unique challenge to control what you can control,” said Campbell, whose Cyclones sit atop the conference standings. “Let’s dive into what’s really important. What’s really important to us is the relationship with our kids, the ability to handle our academics, the ability to handle the holidays coming up — the ability to navigate those things. There are a lot of things out there that are really unique challenges. The best thing we as a coaching staff can give back to our team and our players is our relationships with them outside of football.”

Humor helps deepen those bonds, but it merges with the requisite discipline that has propelled ISU (5-2, 5-1) on a path toward a possible league championship appearance.

“The word I would use to describe that group is exceptional,” Campbell said. “What we’ve asked those guys to do, the amount of knowledge and understanding and adapting in-game to adjust has been incredible. Their ability to retain those items and their ability to have knowledge and football awareness to be able to adapt and grow has been tremendous. We’re really fortunate that all three of those guys have done an incredible job.”

That’s no joke. But it’s also not enough. Not yet.

“We’re doing all right,” Kolar said. “We’re 5-2, so that’s the most important stat, but I think Dylan’s a pretty special player and Chase is a pretty special player. They all contribute. But we try not to focus too much on our room. We’re more focused on the entire building. It doesn’t matter if the tight ends have 10 touchdowns if we lose the game. So I think we’ve helped the team out, but can continue to improve, especially this week. A big week. They’re a good team. Have to be ready to play.”

That never changes — and it’s no laughing matter. Kolar may be quick with a joke, but his approach to the game remains rooted in constant improvement. That’s true for him, his room and the entire building.

“Obviously we can just keep being open for Brock, make it easier for Brock,” Kolar said. “And then in the run game, I think we’ve been pretty good. There are things we can all clean up and just make things as easy for Breece (Hall) as possible and Kene (Nwangwu), Johnnie (Lang) and everybody. We’re so loaded in the backfield. It’s nice. So just improving in all aspects of the game. Creating edges. Getting separation. Just little things here and there.”

Campbell said there’s a chance injured offensive lineman Trevor Downing and ailing receiver Tarique Milton can return at some point this season. Maybe even a good chance, but it’s far from a sure thing.

“I think both guys are really progressing well,” Campbell said. “I would say both guys are certainly going to give themselves an opportunity to get back here at some point by the end of the football season (and) as of today, that’s the trajectory that both guys are on. So, I think from all of our standpoints, it’s been tough on those guys, but I’m really proud of how both of them have handled adverse situations and have really continued to progress and better themselves. So both guys, I think, when they get back, will be the best version of themselves with this football team getting them back at some point.” 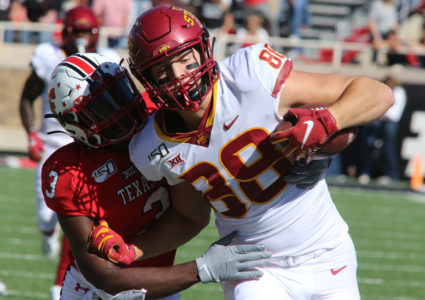