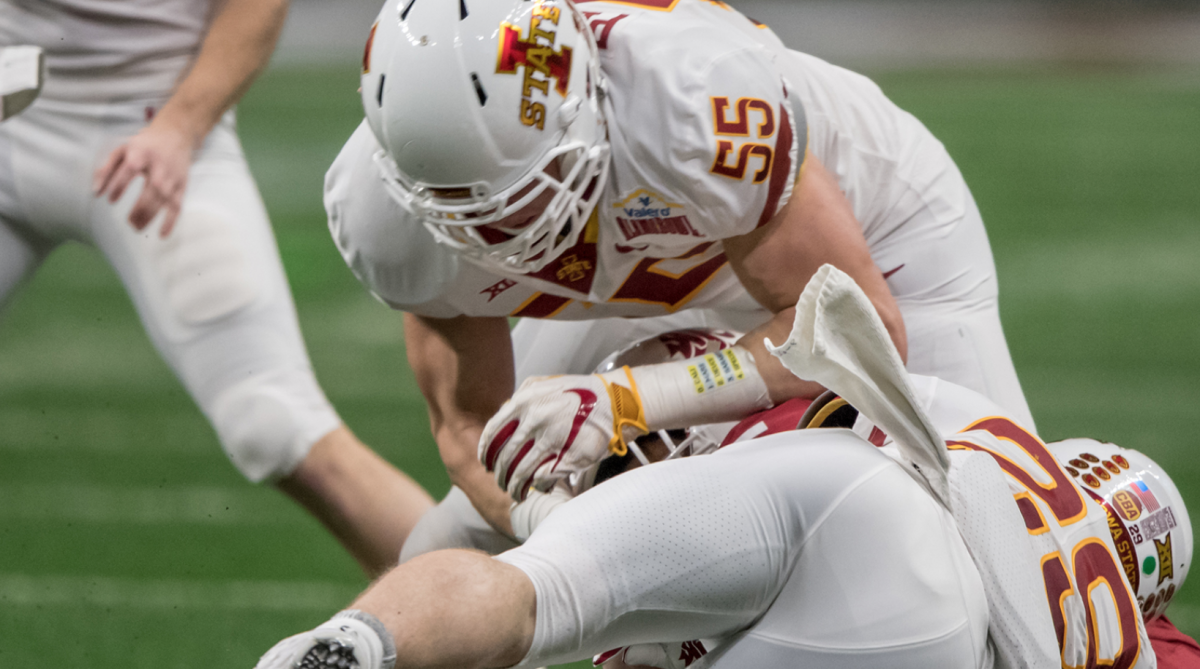 The family dairy farm kept him busy — and dad, Troy, a two-time all-Big Eight selection for the Cyclones in the early 1990s — added to the workload, as needed.

“With my dad being a dairy farmer, he was always like, ‘Oh, I never lifted weights until I got to college,’” Petersen said. “So as a little kid, we had a bunch of hills in our backyard, so as a punishment, he’d make us go run hills. We got that stuff.”

Now Petersen’s reaching toward a loftier peak — and no punishment is required. He was one of four true freshmen last season not to redshirt and recorded a pair of tackles in the Alamo Bowl loss to Washington State on special teams. He’s solidly penciled in as a No. 2 defensive end behind soon-to-be all-time ISU sacks leader JaQuan Bailey — and is taking full advantage of becoming the celebrated senior’s protege.

“Coming in from where I came from, pass rush wasn’t a thing,” said Petersen, a former multi-sport star at North Scott High School who chose the Cyclones over Illinois, Iowa, Kansas State and Nebraska. “You’d usually bull rush people. With JaQuan, he’s a real technical dude. I watch his footwork a lot. His hands. He’s really good with staying away from people and just using his hands and his quickness.”

One area Petersen didn’t have to adapt much is workout habits. He credited the Lancers’ coaches for running a top-notch strength and conditioning program — so much so, that he transitioned easily to working with ISU’s strength staff.

But he did meet one potential stumbling block. He weighed around 230 as a freshman. So bulking up became his most essential offseason pursuit.

“I knew I needed to put on weight,” Petersen said. “I was one of the smallest guys in the room at 230. It’s kind of hard to be able to go up against some guys like Josh Knipfel, who’s a pretty big dude. I could hold my own a little bit, but the weight wasn’t helping.”

So Petersen met with defensive line coach Eli Rasheed, who shared his concerns. Team nutritionist Erin Hinderaker swung into action. Petersen suddenly had a foolproof plan for healthy weight gain — and the results are borderline staggering.

“Getting up to about 260-265 was the goal,” said Peterson, who’s hovering around 260, as planned. “I got up there and I felt good. Didn’t feel slow and sluggish. With the help of our nutritionist, miss Erin, she helped me do it the right way and not just put on a bunch of fat.”

The plan? Simple. It required discipline, but Petersen was used to that.

Hence the full transformation, which is a huge aid to making Petersen a key element of the Cyclones’ talent-laden depth across the D-line.

“Zach’s done a great job,” Rasheed said. “Zach’s had a great summer. Zach knew he had to get bigger. He’s 262, so he’s done a good job. He’s ready. He’s got to get better in the pass rush and he’s worked hard in the summer by doing that. We’ll see what happens.”

One thing’s certain: Petersen will keep working. It’s all he knows. From running hills to adding 30 pounds of muscle to his 6-4 frame. Once one goal is met, another beckons. Again and again, on an eternal loop.

“Those farm guys, I feel like they grew up just workin’,’” senior defensive tackle Jamahl Johnson said. “They have that mentality and it’s cool to see them bring that to the field and how hard they work.”

What’s next? More of the same. Petersen’s main goal is to be a good teammate and a capable D-end. Everything flows from that deceptively simple aim firmly rooted in the deep discipline that’s always been a part of his life.

“Just be the best I can for the team,” Petersen said. “Everyone’s got personal goals, but for me, I just want to be there for the team. Me and coach Rasheed have talked a lot. I really need to work on pass rush. That’s why I always watch JaQuan do it. … It’s a really tight-knit group. Everyone helps everyone.” 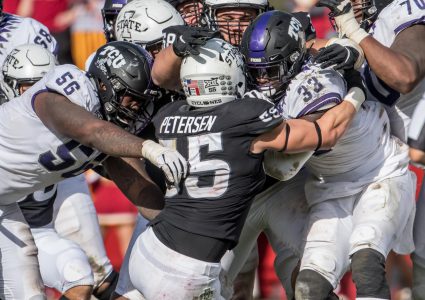 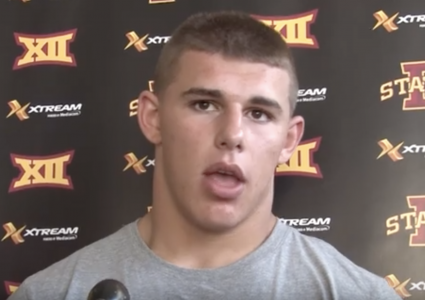