Two more former Cyclones have found their professional homes — at least for the summer.

Excited for the opportunity!🐺 https://t.co/IveFswVFqG

This news comes less than 24 hours after Talen Horton-Tucker was selected by the Los Angeles Lakers and the Philadelphia 76ers picked Marial Shayok in the second round of Thursday night’s NBA Draft.

Wigginton, a native of Canada, averaged 15.3 points per game in two seasons as a Cyclones. He was named the Big 12 Sixth Man of the Year as a sophomore this past season and earned a spot on the Big 12 All-Tournament team while helping the Cyclones win their fourth tournament title in six years.

After transferring from Arkansas, Weiler-Babb flourished in Steve Prohm’s wide-open guard-oriented offense while primarily running as the point guard. The brother of former Cyclone Chris Babb averaged 11.3 points, 7.0 rebounds and 6.8 assists per game as a junior then followed it up with 9.1 points, 5.0 rebounds and 4.0 assists as a senior.

All four new professional Cyclones are expected to participate in the Summer League in Las Vegas which tips off on July 5. 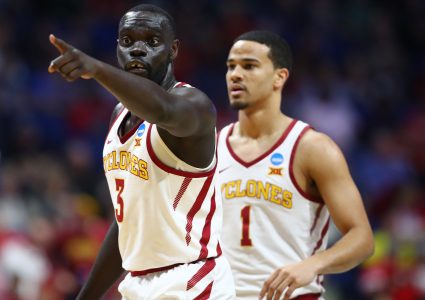 CFTV: Shayok and Weiler-Babb on the end of their careers as Cyclones